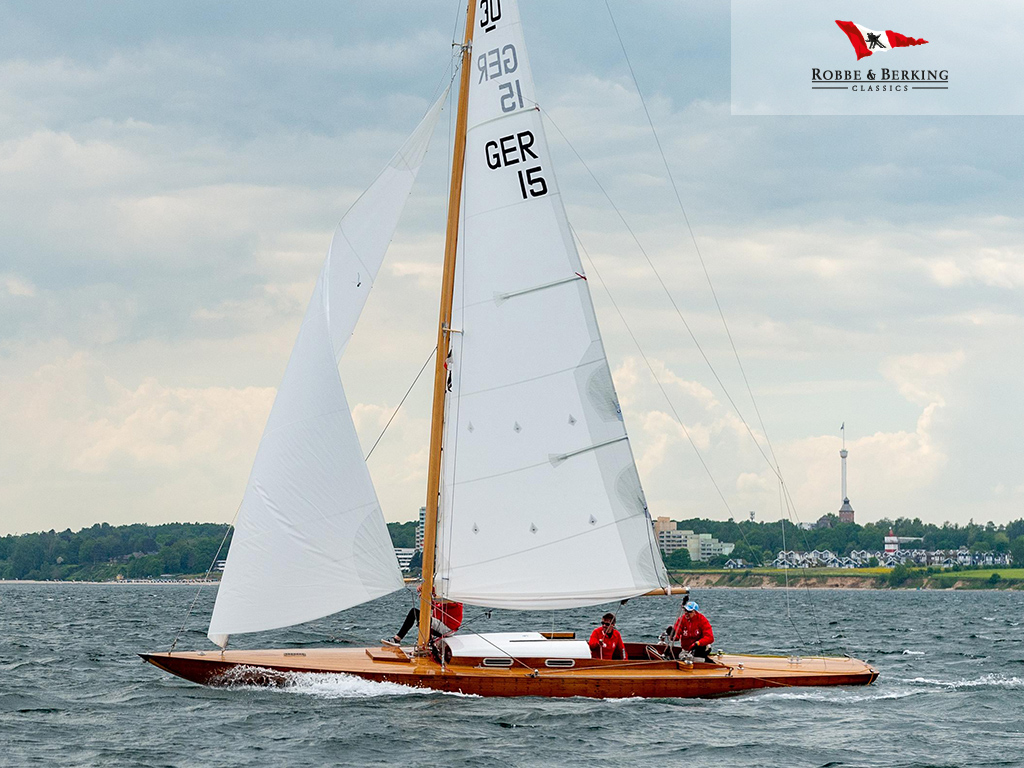 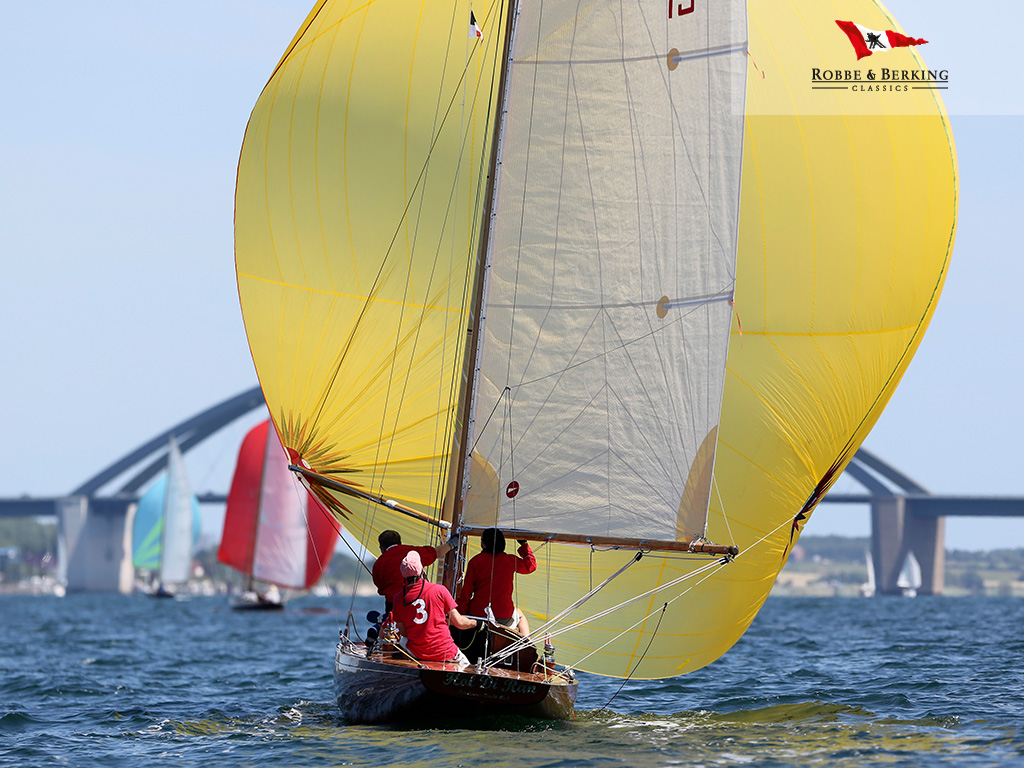 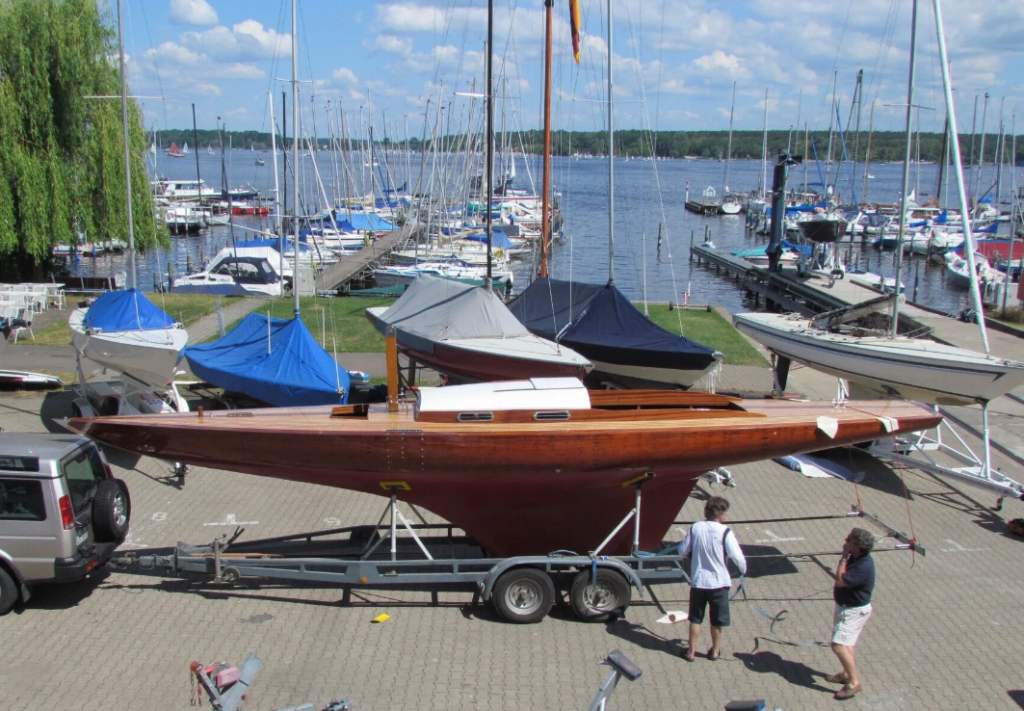 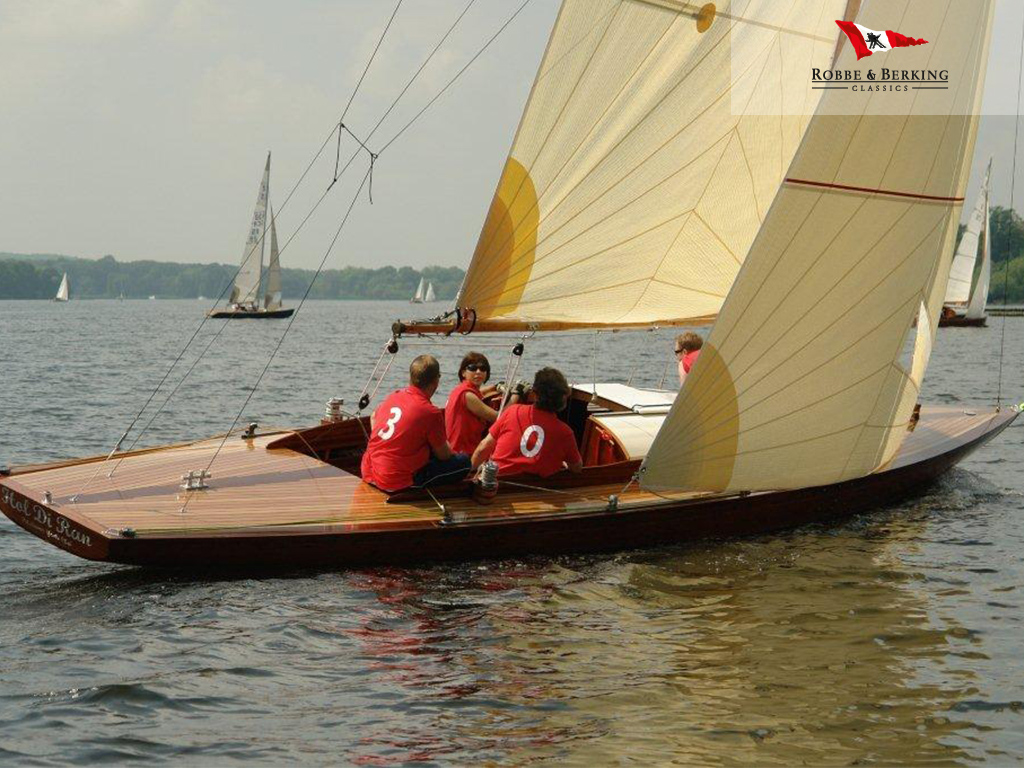 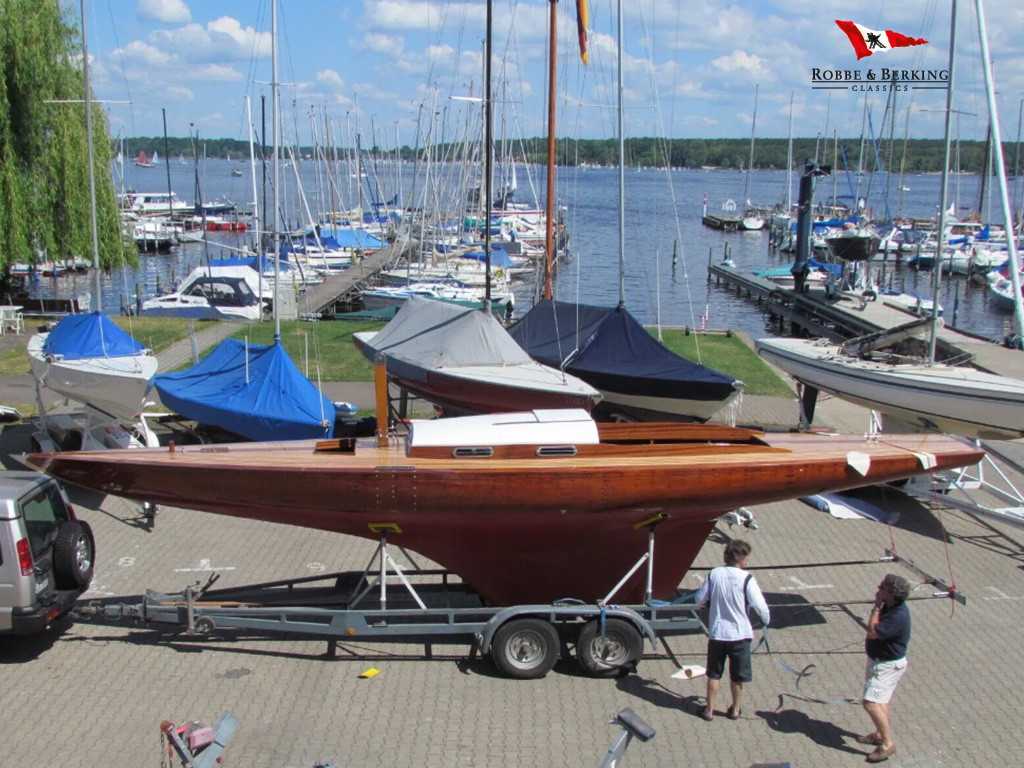 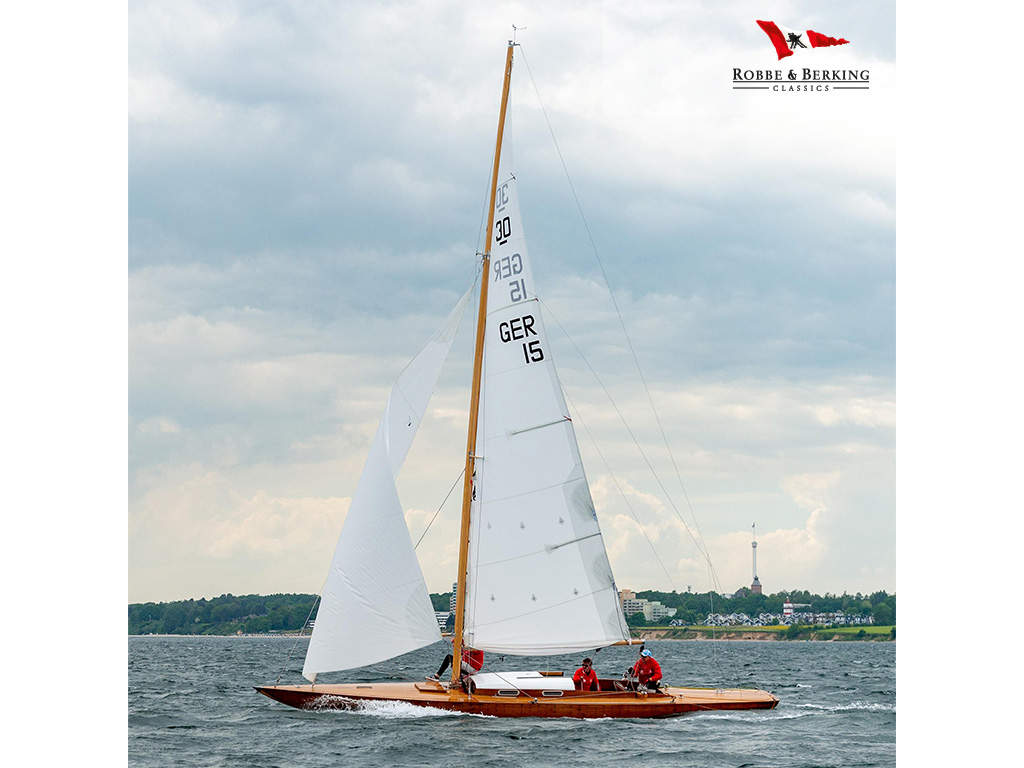 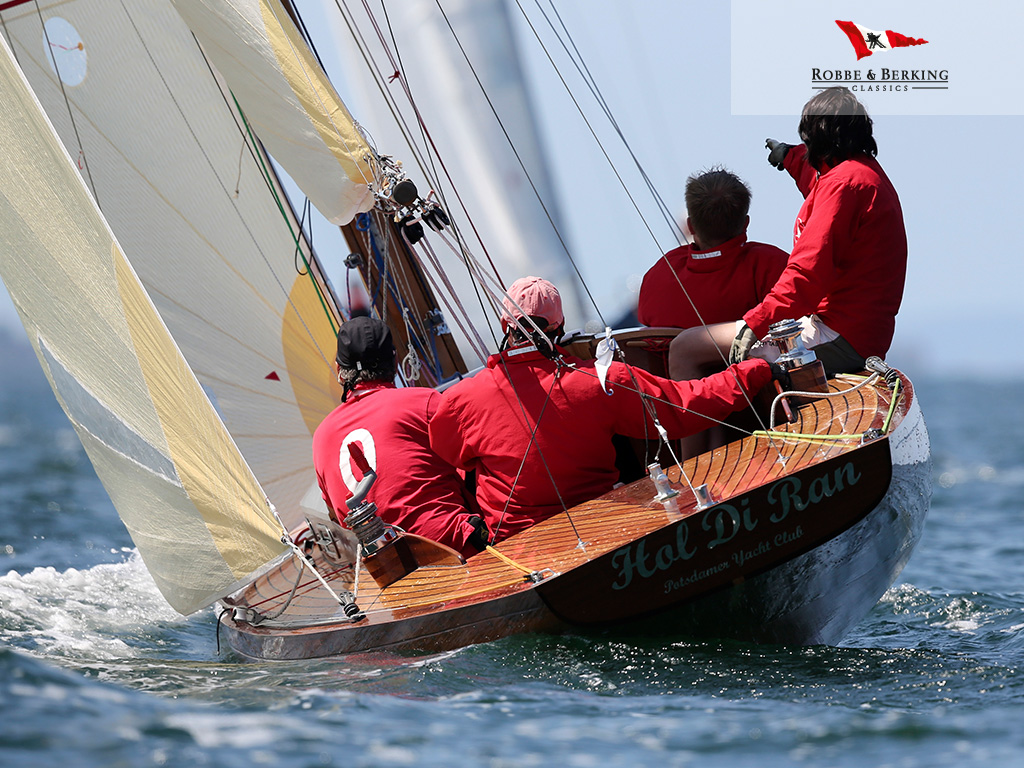 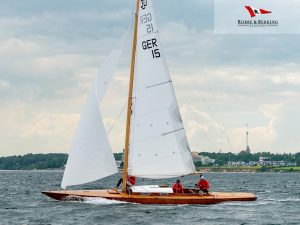 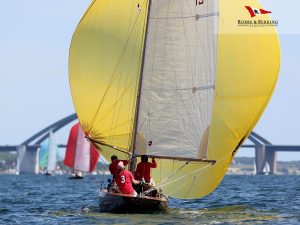 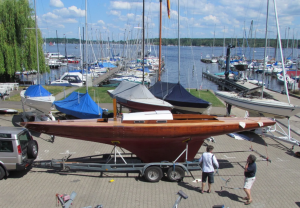 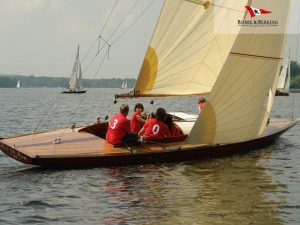 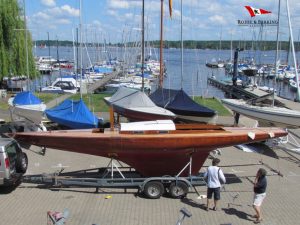 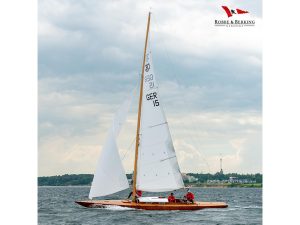 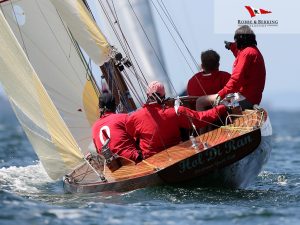 – Last entries in the yacht’s regatta lists in the autumn of 1926 at the Berlin autumn races on the Müggel, steered by Max Becke and the ‘Hecht’ team.

– The Hol di ran was then sailed on the Scharmützelsee (near Berlin) and belonged to a Mr Krauskopf from Fürstenwalde (name: Sommerfreude)

– In 1945, the boat was to be towed to Russia as war booty. The Fürstenwalde crew was the last in the tow to break away from the convoy at nightfall. The keel was removed and sunk in the lake, the hull was put ashore.

– In the mid-50s, the keel was recovered and the ship was put back into service. The original gaff rigging was replaced by a whip mast.

-Restoration started in October 2011 and was finished a year later

Hol Di Ran was built in 1926 for Mr Behrendt & H. Hamann of the Hamburger Segelverein (sail number X 15) by Willy v. Hacht. Hol Di Ran has some special features in the survey: