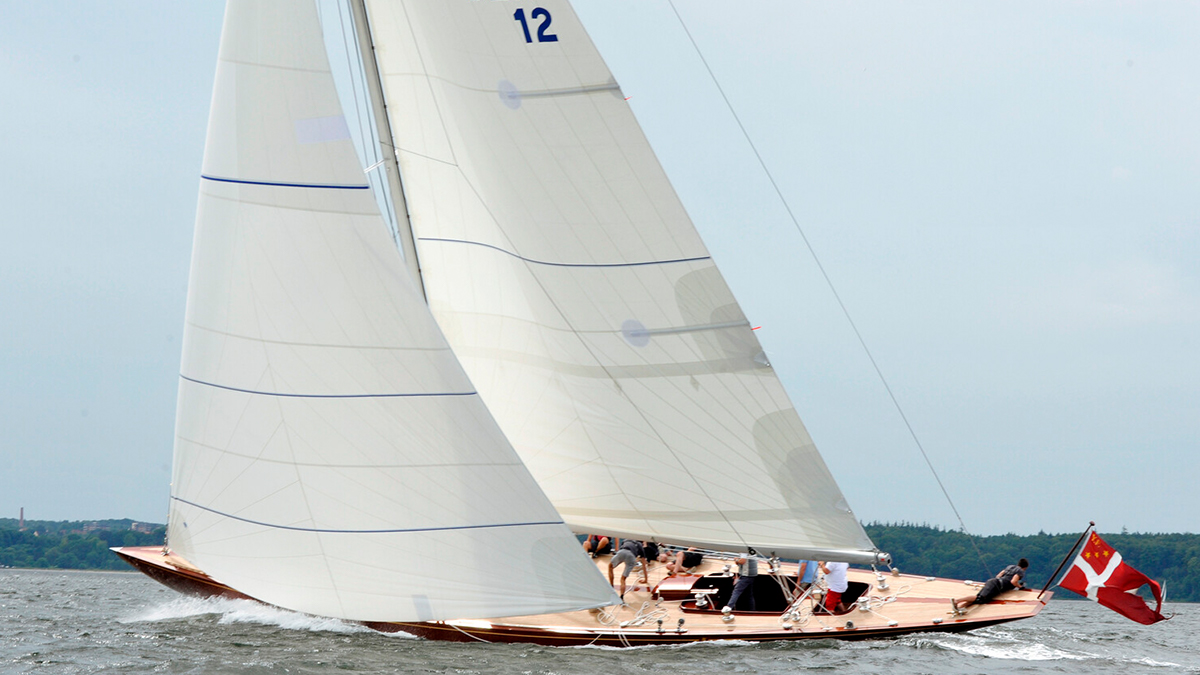 Design 434 of the famous Norwegian designer Johan Anker, dating from 1939, his last 12-metre and his second-last design overall

It was an extraordinary moment in yachting history when the first wooden 12-metre yacht that was newly constructed of wood in more than 50 years went into the water for the first time. Design 434 of the famous Norwegian designer Johan Anker, dating from 1939, his last 12-metre and his second-last design overall – his final design ever was an 8-metre yacht. Due to illness, the war and Anker’s death, due to illness, in 1940 were the reasons why these two boats were never built – until today. Robbe & Berking Classics could source and secure all drawings that Anker had made for his last, fantastic 12-metre.

On the one hand, this might be a newly built yacht that came out of the yard’s building shed to be launched into its element, but on the other hand, this yacht looks just as it would have done, would it have been built back in 1939. The mahogany hull was beautifully varnished, with a teak deck and a wooden mast, of course without an engine and only the barest interior: A pure racing yacht from the 1930s. The ribs are made alternately of stainless steel and ash wood. The lead keel alone weighs in at 17 tons. Johan Anker was known as “the master of the lines”. He was very successful as a designer and as an active racing helmsman. His boats, especially his metre-class designs, were recognized as being particularly fast. Design 434 is the last of 20 12-metres that he designed during his career, and all his experience and all his knowledge went into this boat.

This proud yacht will be christened during the “Robbe & Berking 12 Metre Open European Championship”, for which 14 classic 12-metres will come together on the Flensburg Fjord as one of the largest fleets ever in the history of this class.

John Lammerts van Bueren, Juliane Hempel and Robbe & Berking Classics built a new rig for 12 Metre Nini Anker in 2021. It turned out to be a very special one.
22m. 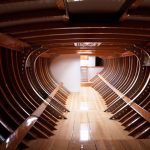 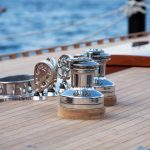 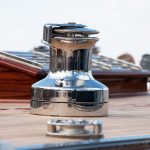 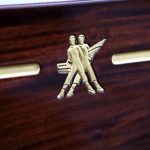 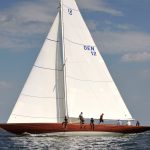 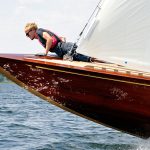 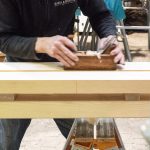 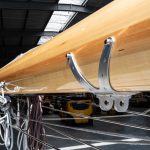 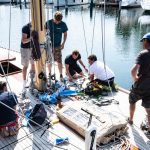 Johan Anker came from a wealthy family in Halden, southern Norway. In 1908 he helmed the 8-metre Fram to fourth place in the Olympics in England. His most significant Olympian achievement is winning the Gold Medal four years later, at the Olympics 1912 in Stockholm, which he won with his own 12-metre Magda IX.

In 1911 he sailed his third 12-metre, Rollo, to Cowes to beat the mighty British fleet. The president of the Royal Yacht Squadron commented: » This is what I call sport. They have built their boat, sailed it across the North Sea with their crew, and then won nearly all races here! «

Anker was justly regarded as one of the best helmsmen of his time. As he was accustomed to society due to his own family and upbringing, he soon advanced to become Crown Prince Olav’s sailing advisor. A genuine friendship soon united both, and this close connection with the Royal family brought him respect and business success. He was called “the master of the lines” because, for him, the aesthetics of his yachts was as important as the pure speed. But it worked in his favour that the metre-class rules did produce elegant yachts – true to the old saying: “What looks fine sails fine!” 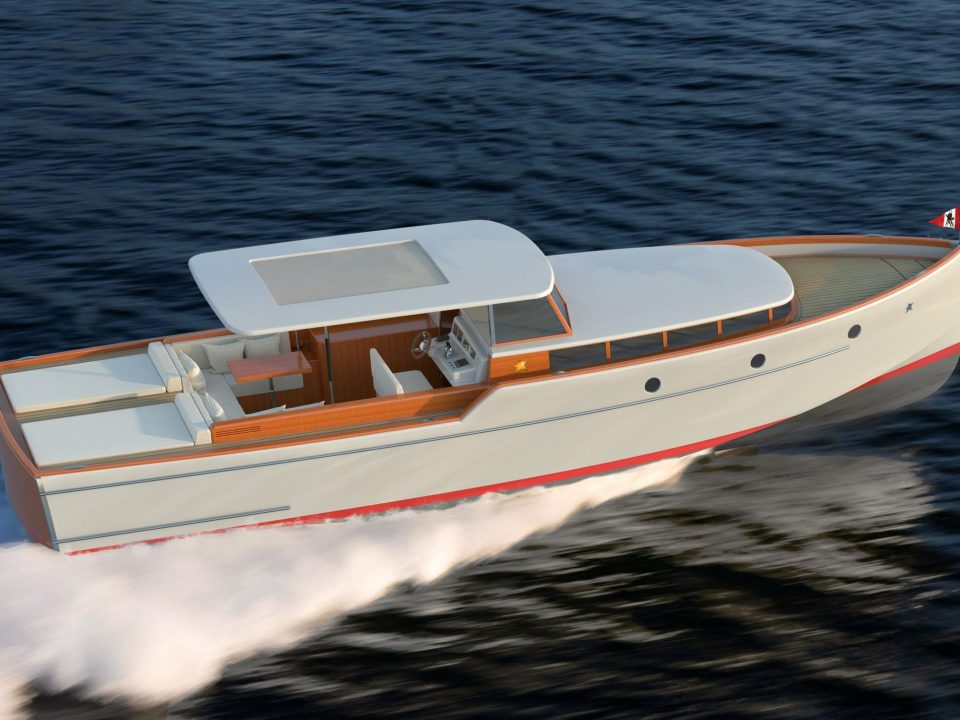 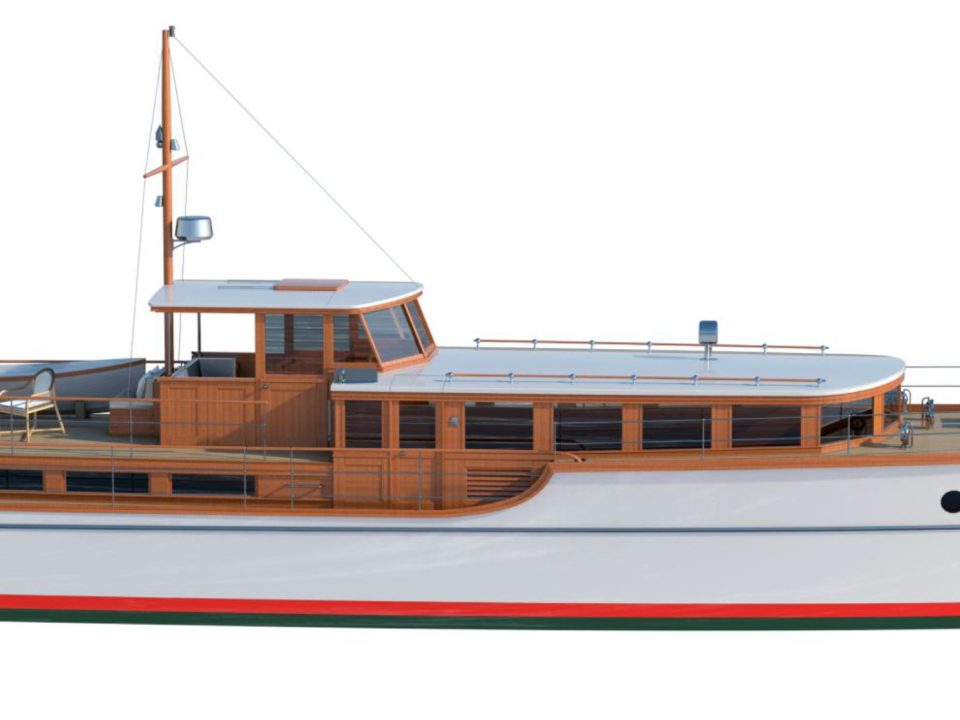 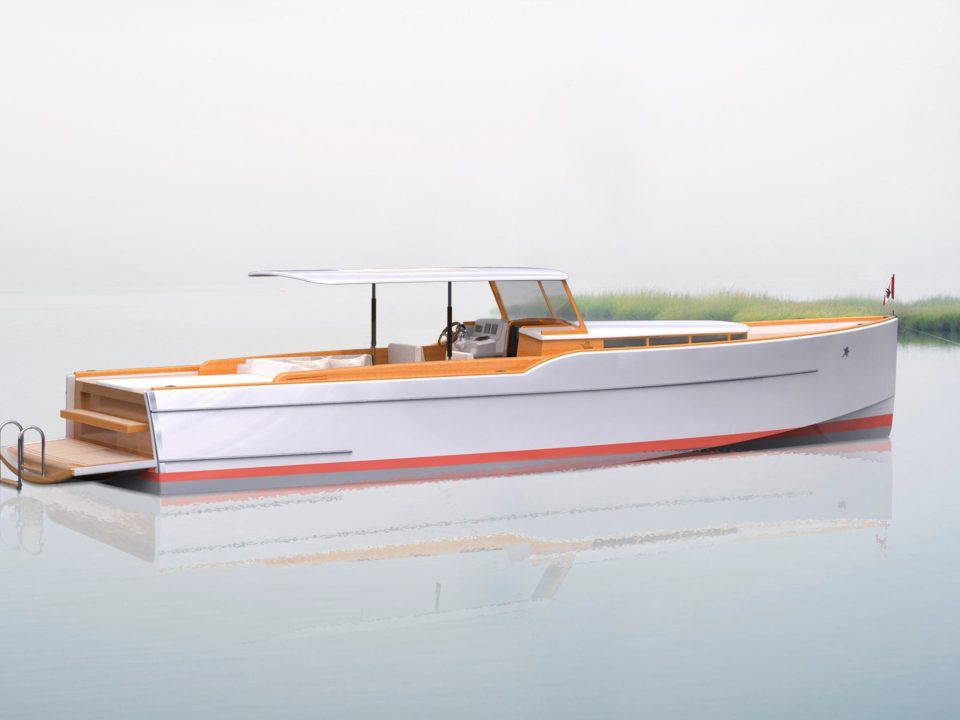