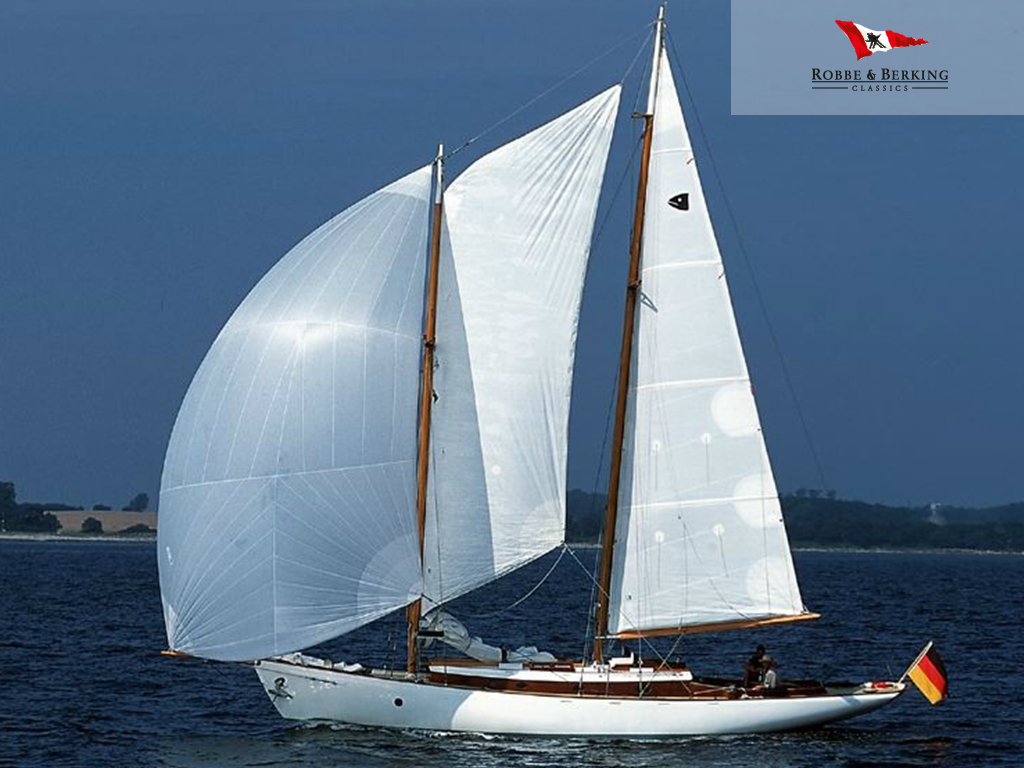 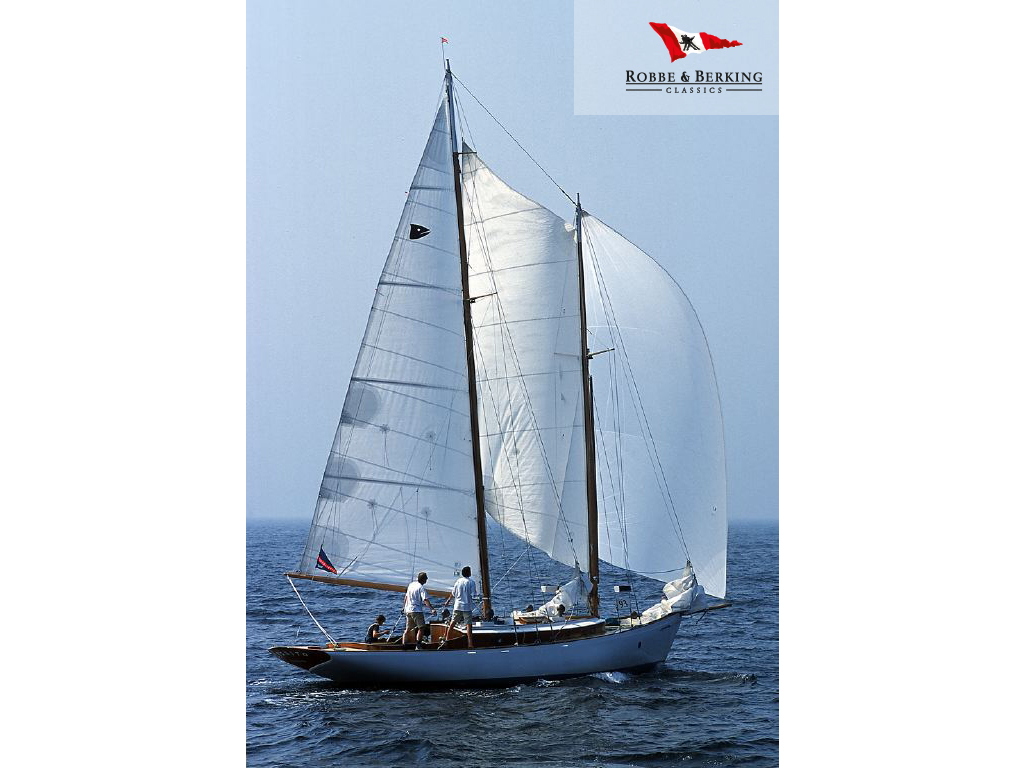 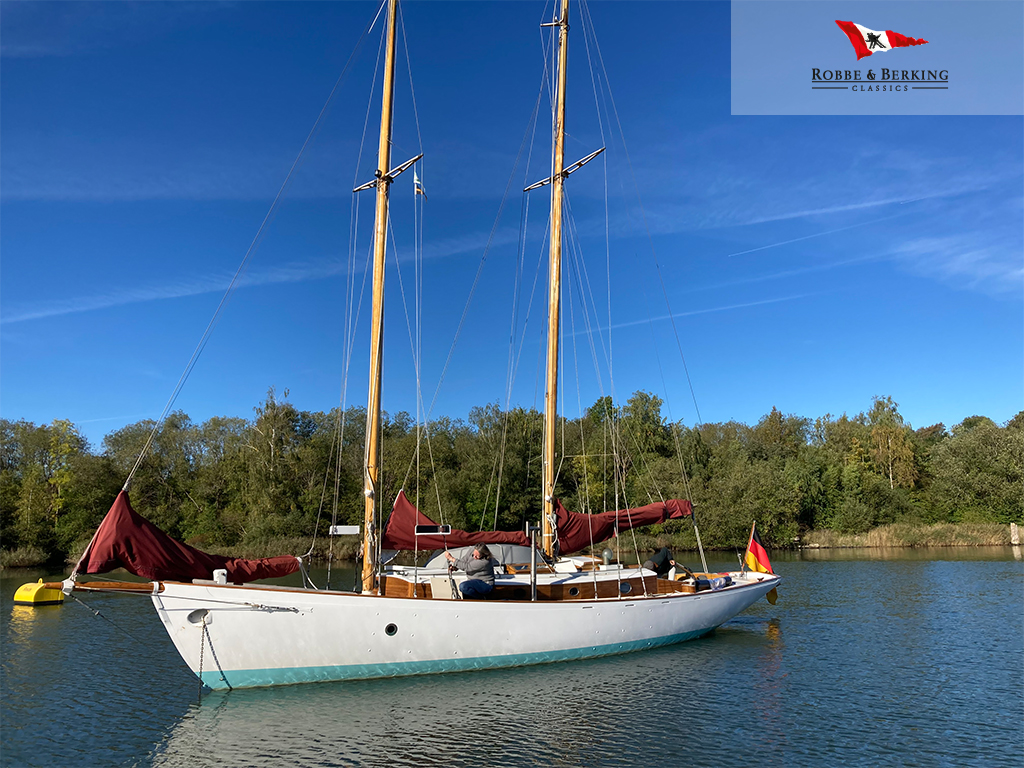 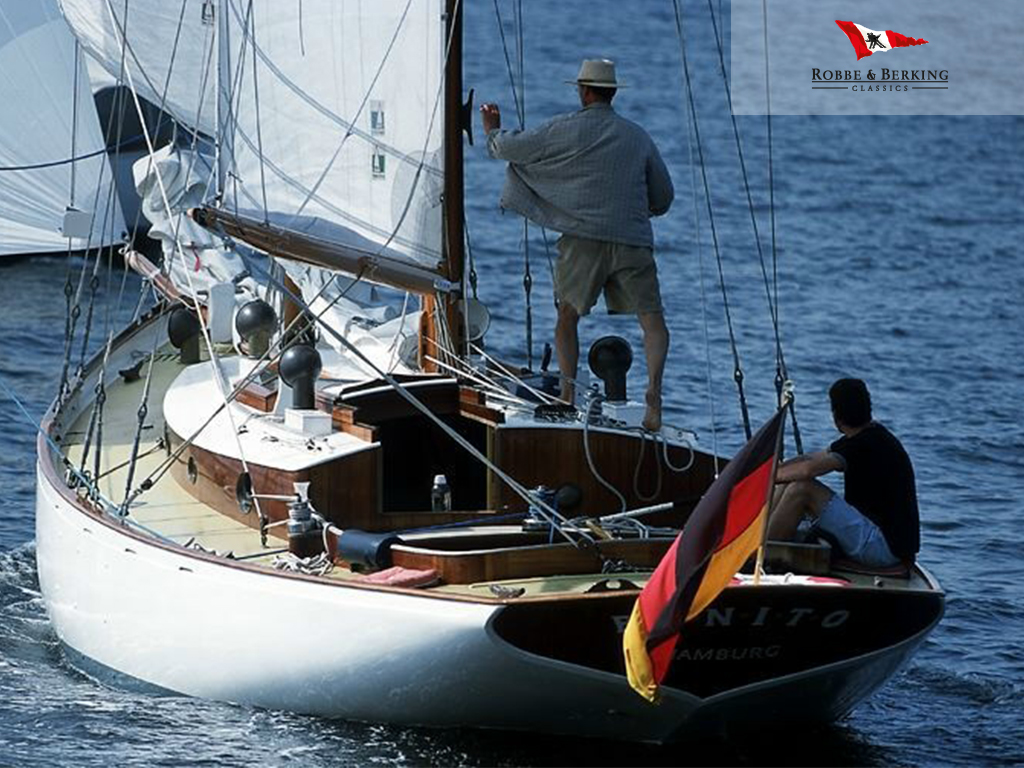 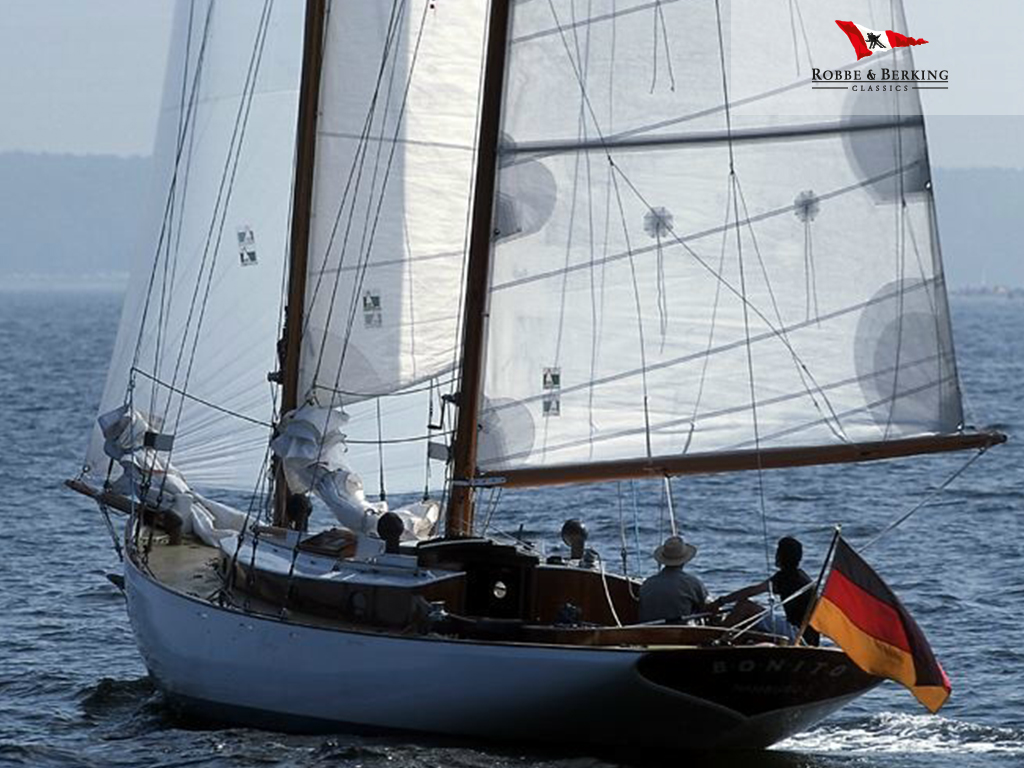 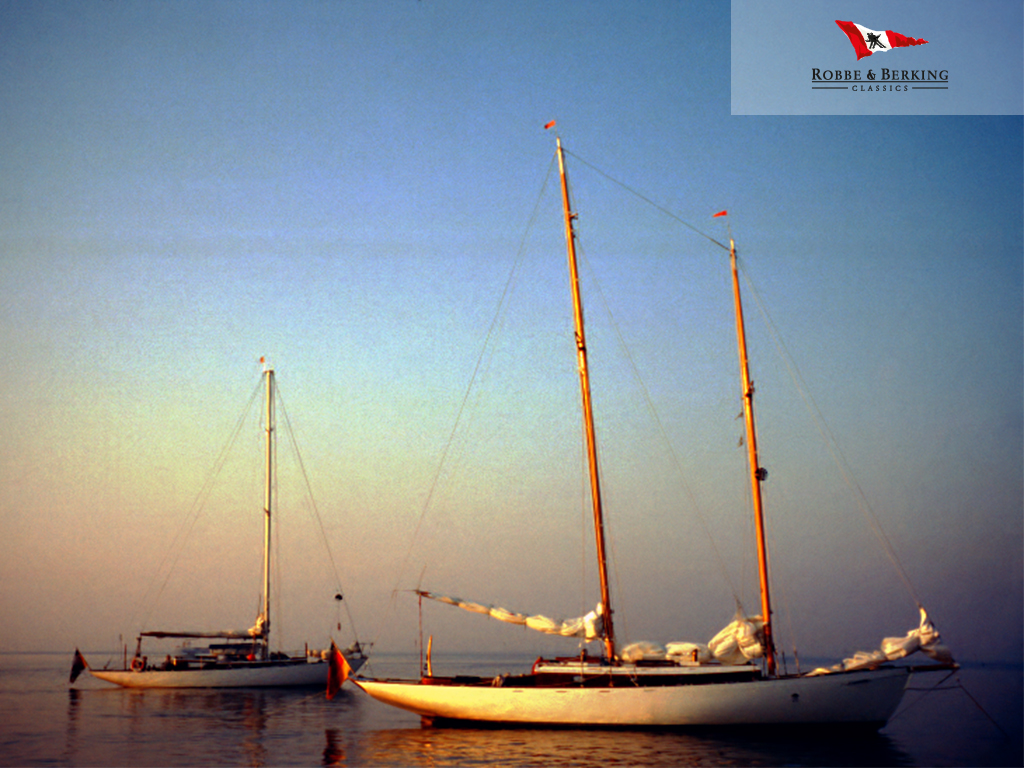 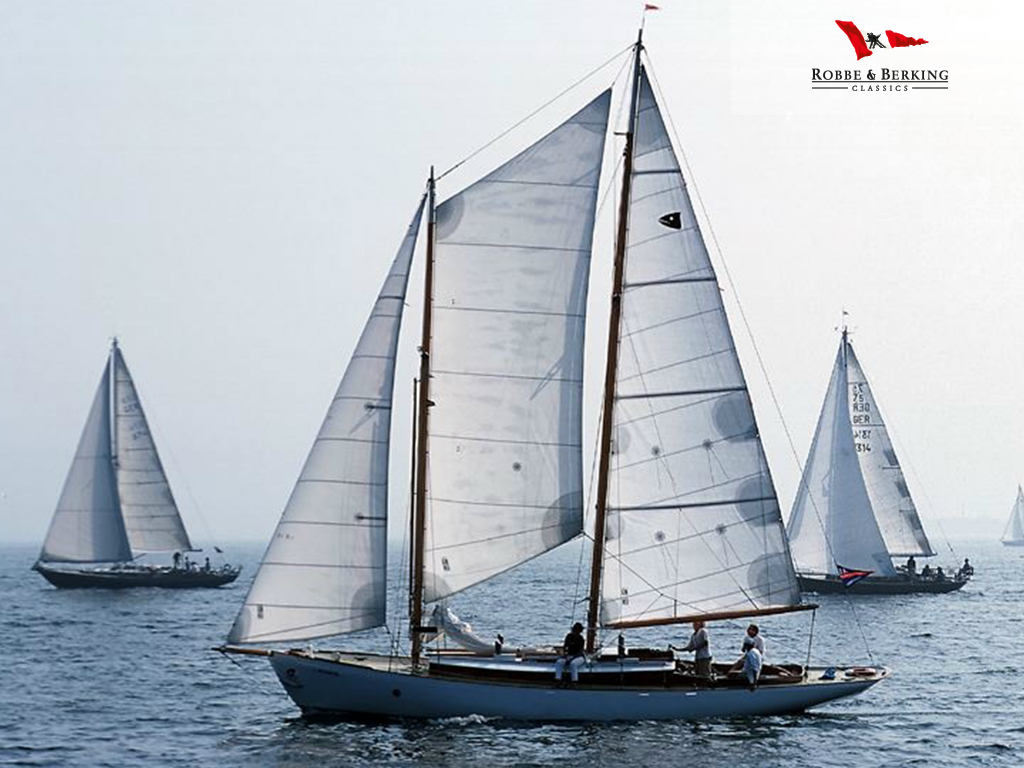 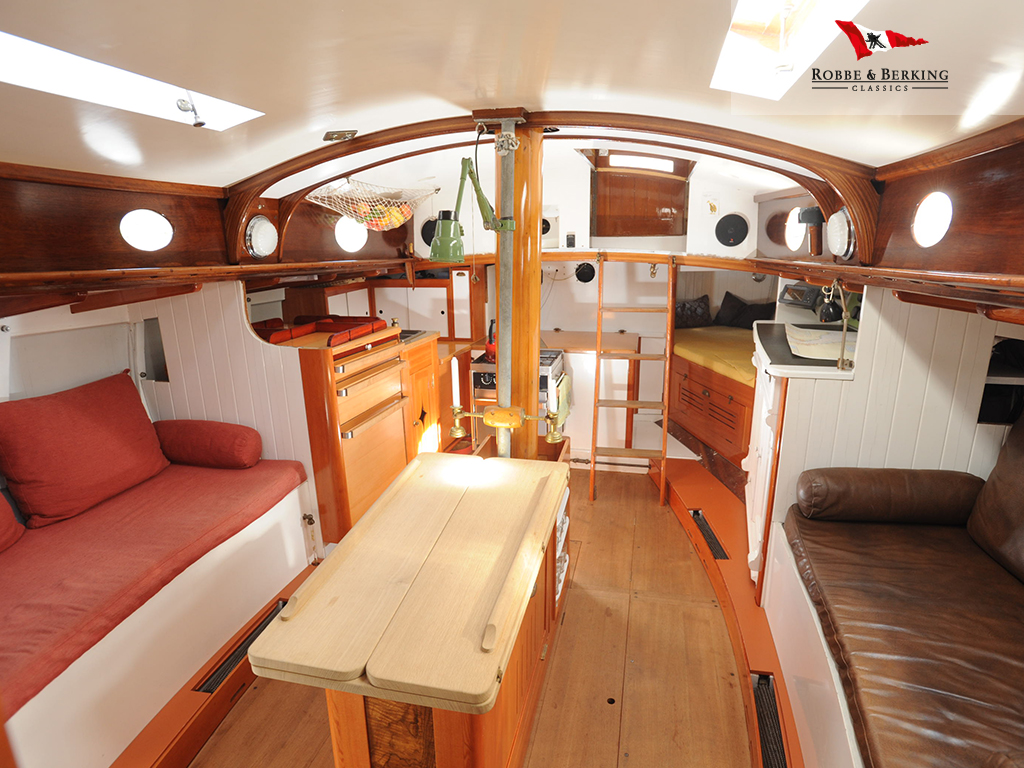 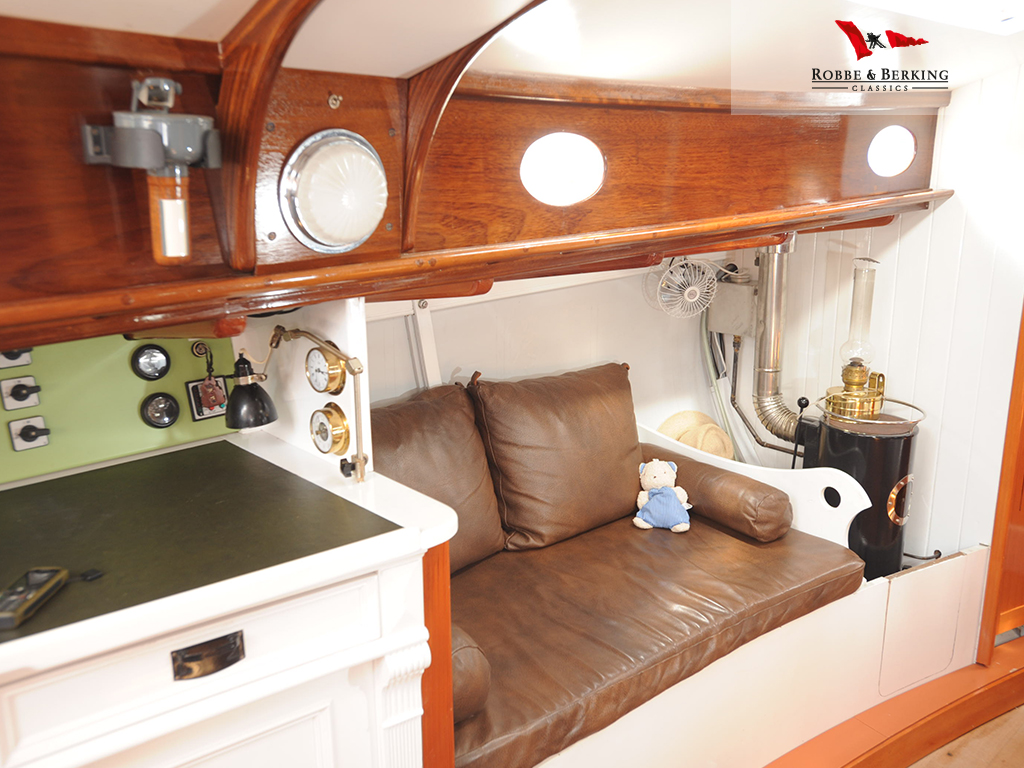 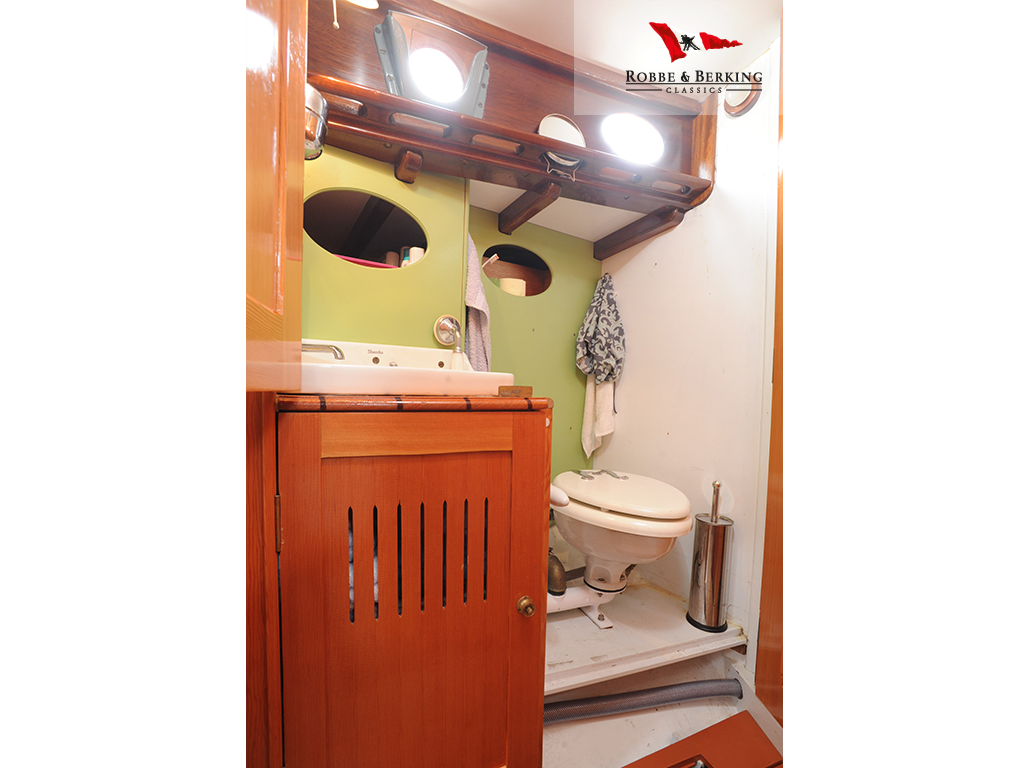 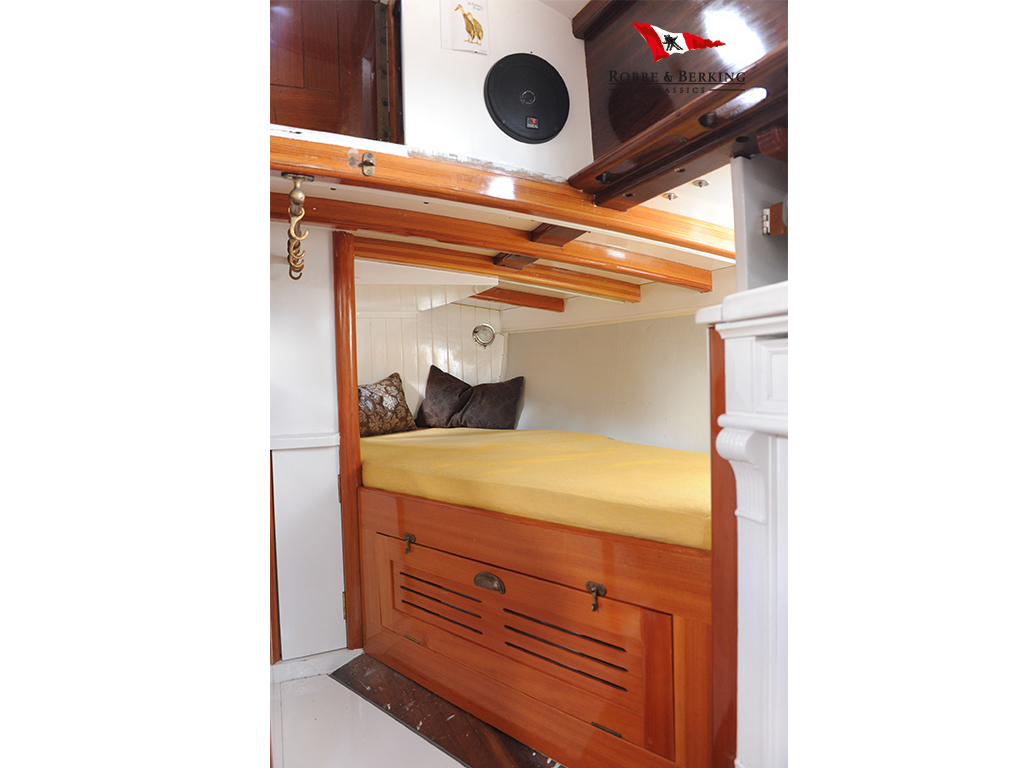 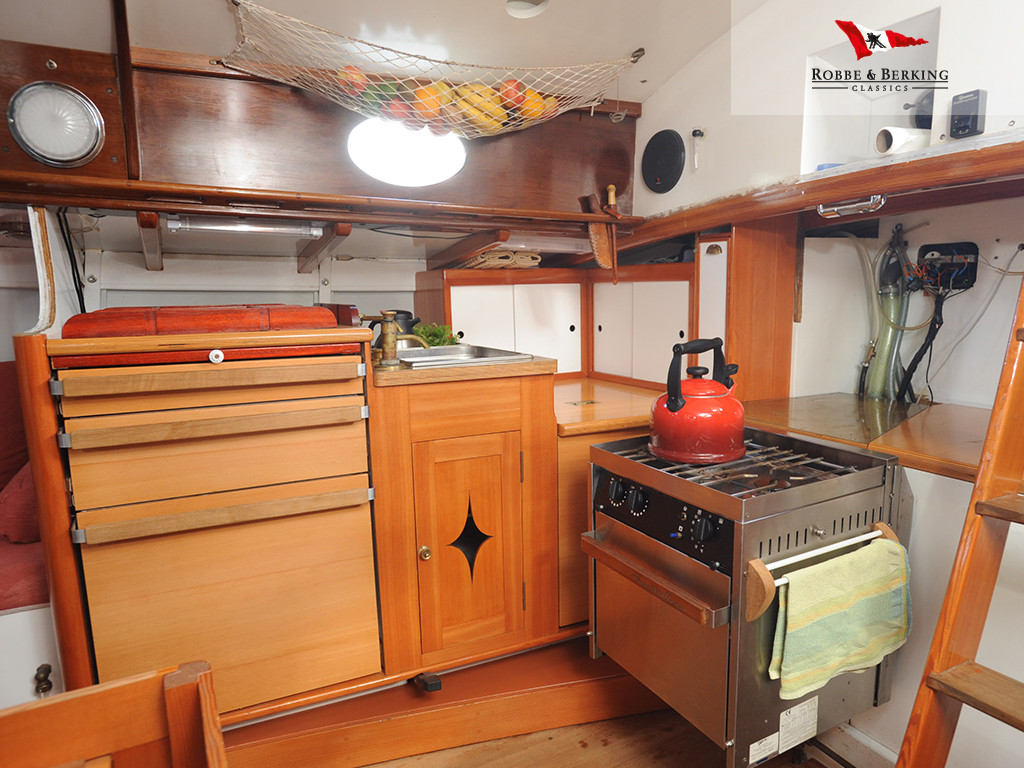 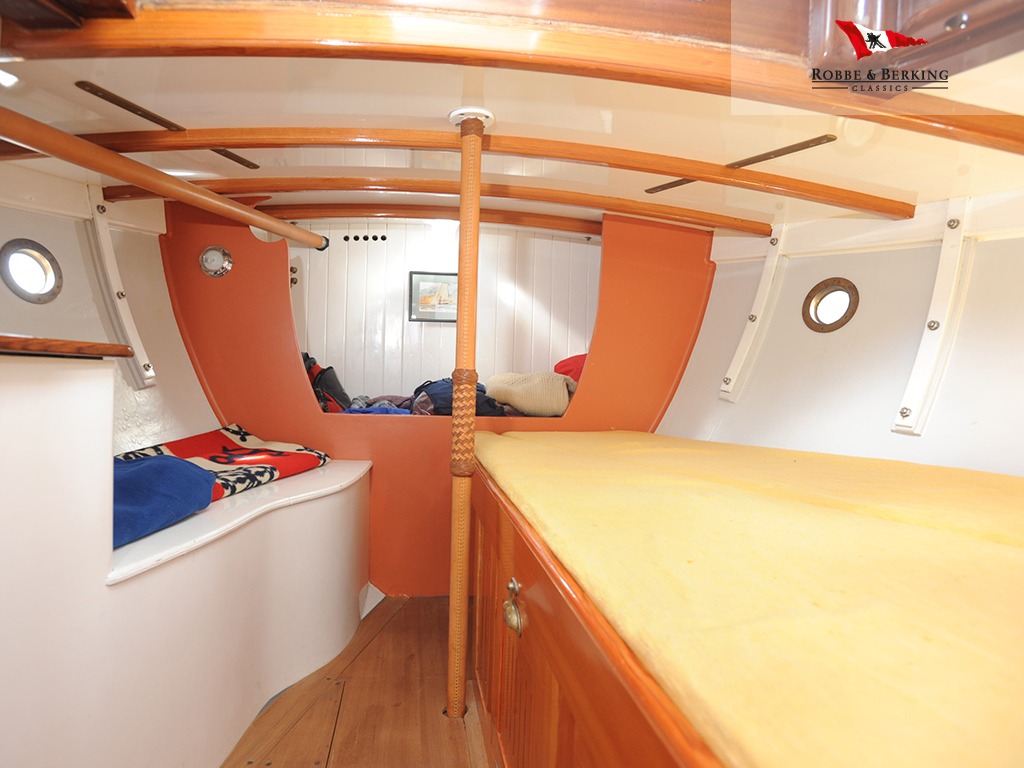 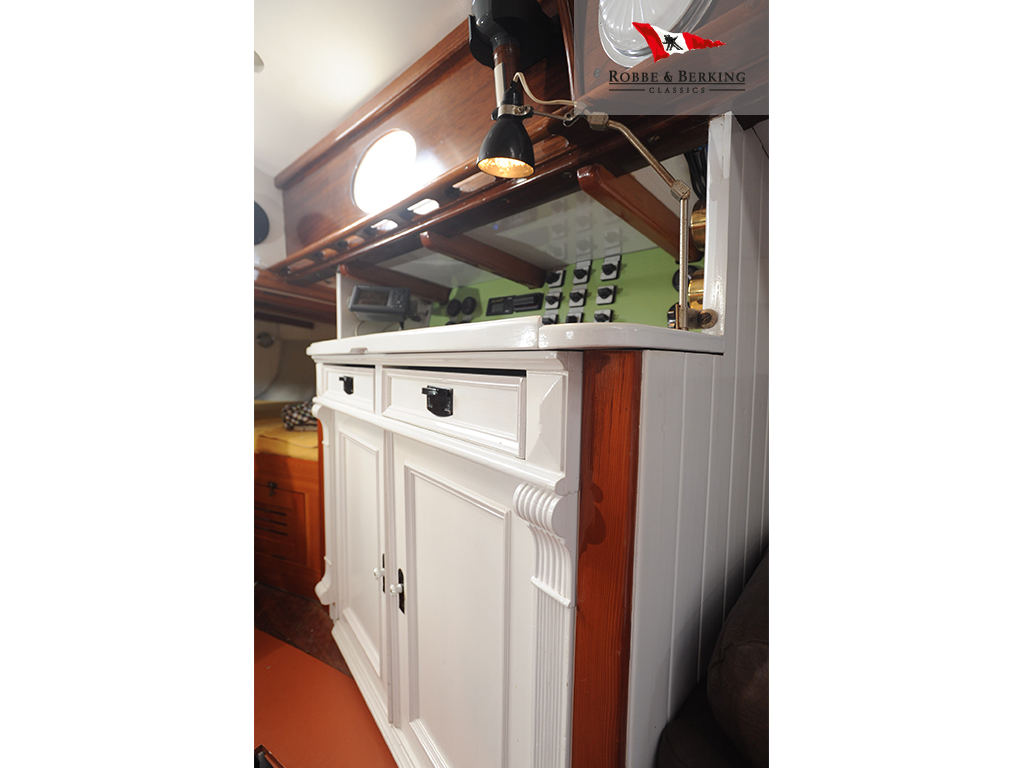 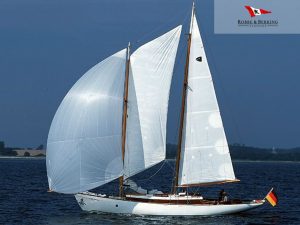 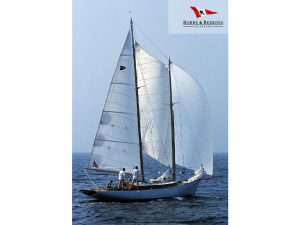 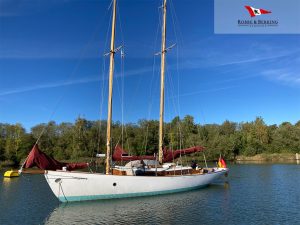 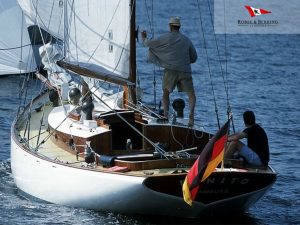 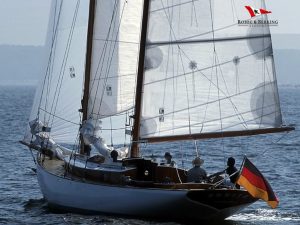 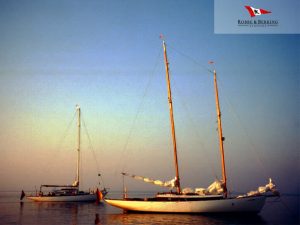 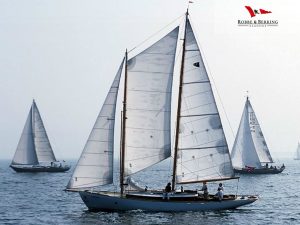 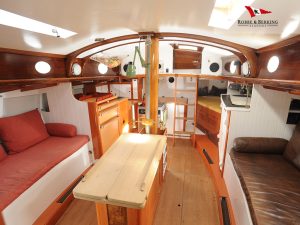 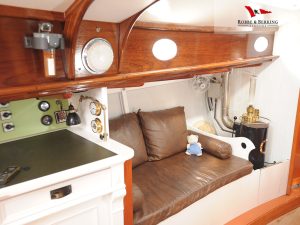 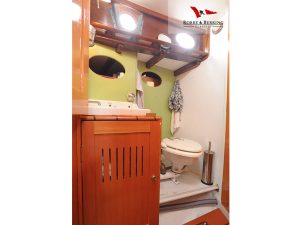 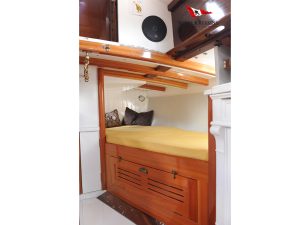 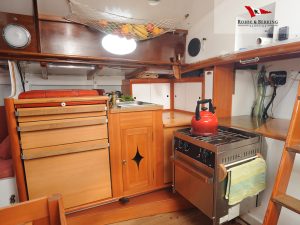 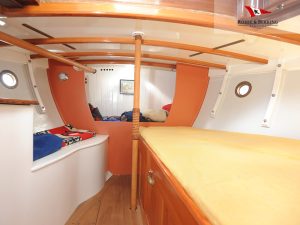 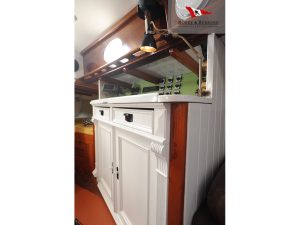 The owner couple designed this characterful two-mast schooner by them self, based on a design by the American ship historian and fishing schooner expert Howard Chapelle (1901-1975), and built it completely themselves in a four-year construction period (1996-2000), from the first wooden panel for the moulding frames to the strong jib boom and the charmingly curved transom. Bonito is built from one-inch-thick, four-centimetre-high cedar planks, covered with up to three layers of fibreglass. The crew operates halyards and sheets with just four winches, most of which were mounted on the cabin roof at a comfortable working height and in the cockpit. The spoon bow recalls a remark made by the famous yacht designer Olin Stephens, who once pointed out that filigree stretched forward overhangs are not the best choice in rough conditions because, as a result of later volume increase, they sink deeper and make a ship sail wetter than necessary on the wind. Nevertheless, the Bonito has been able to prove its excellent sailing qualities several times. The interior of the Bonito has also been developed according to personal ideas and conceptions. For example, there is a comfortable leather sofa on the port side, along with a diesel stove, as well as large light surfaces and a great deal of cosiness. Due to only a few deck beams in the cabin superstructure, you can even achieve a continuous headroom of approx. 1.85m on board the Bonito, which is not always common on classic yachts. We would be happy to tell you more about this special boat.