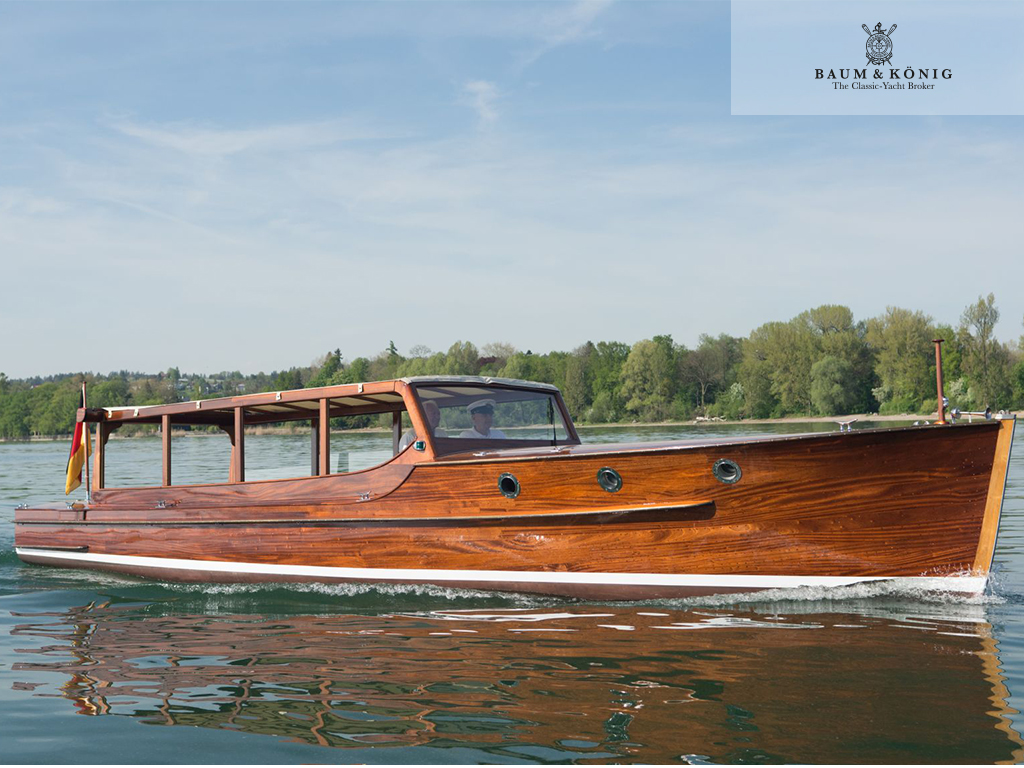 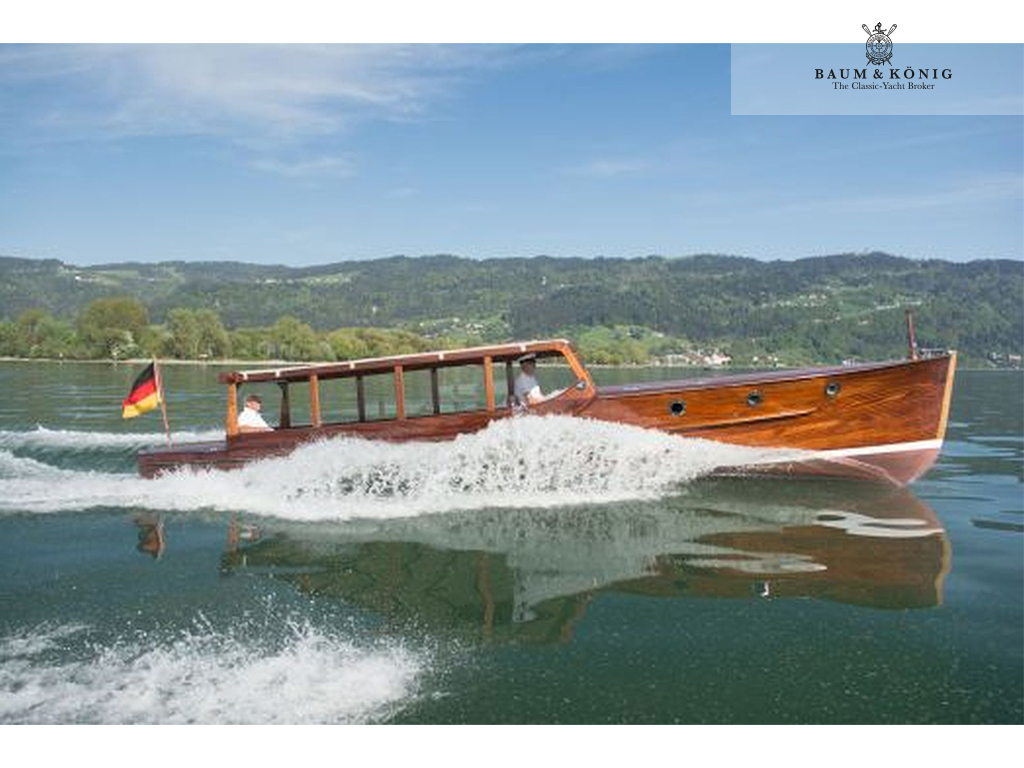 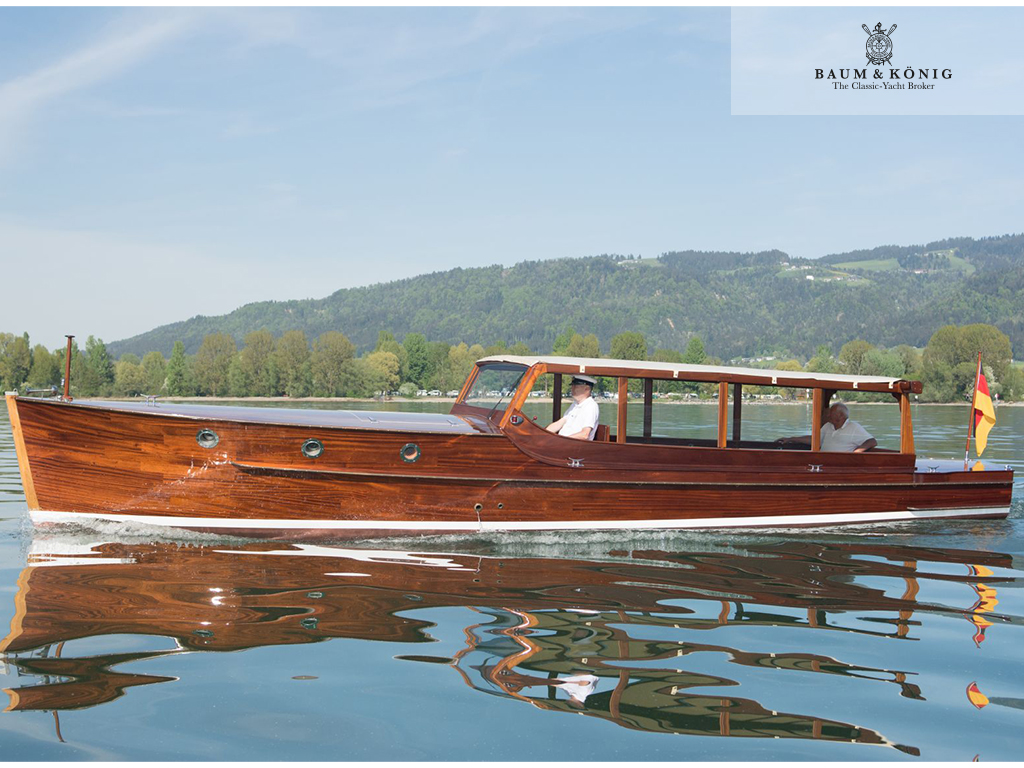 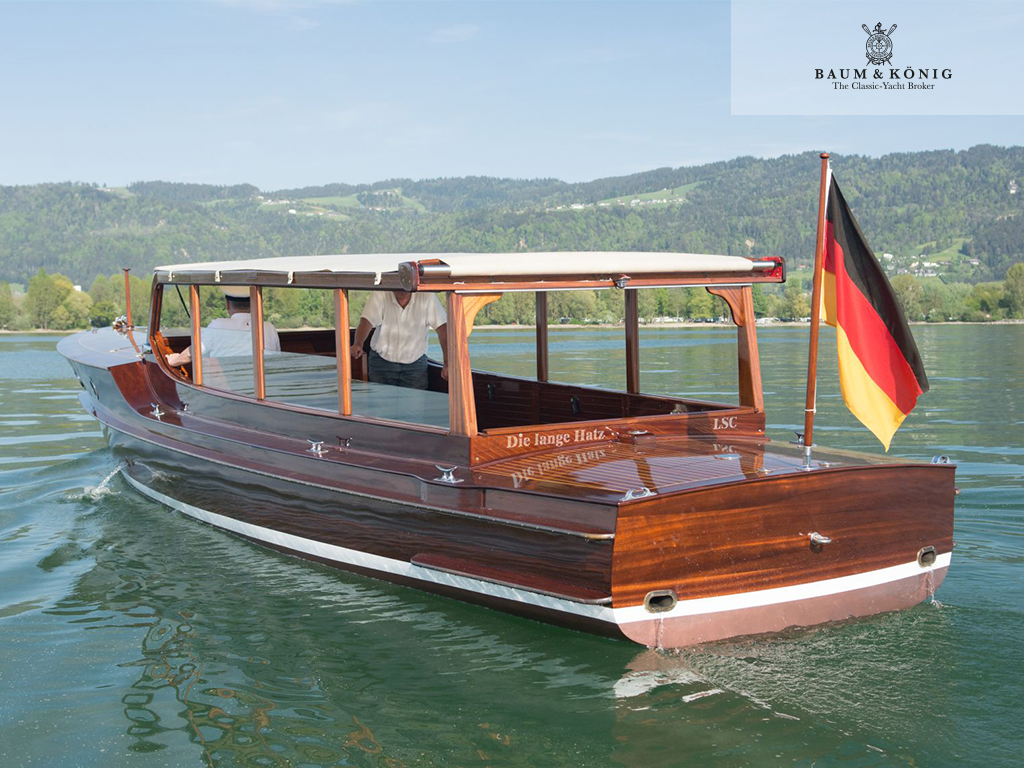 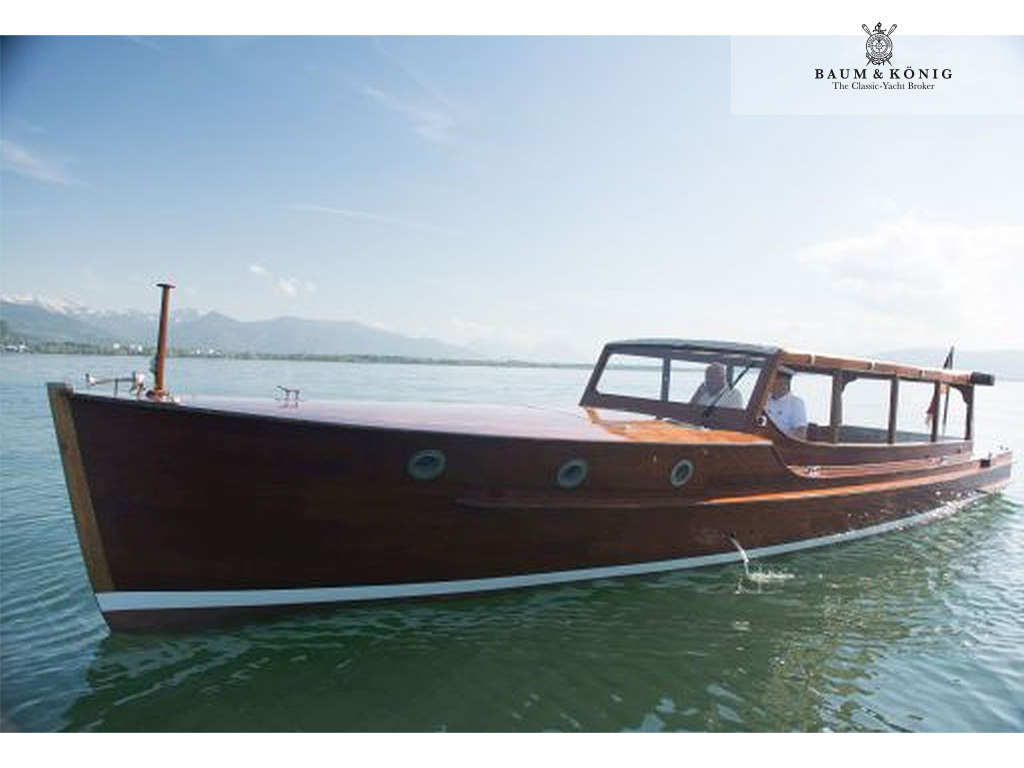 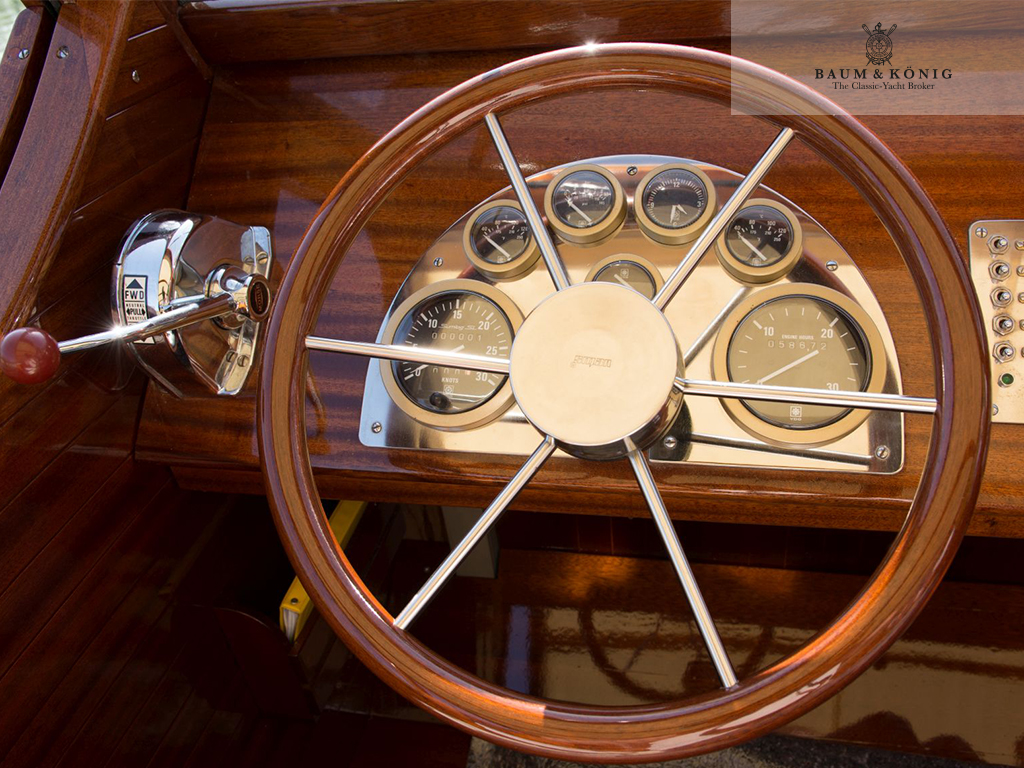 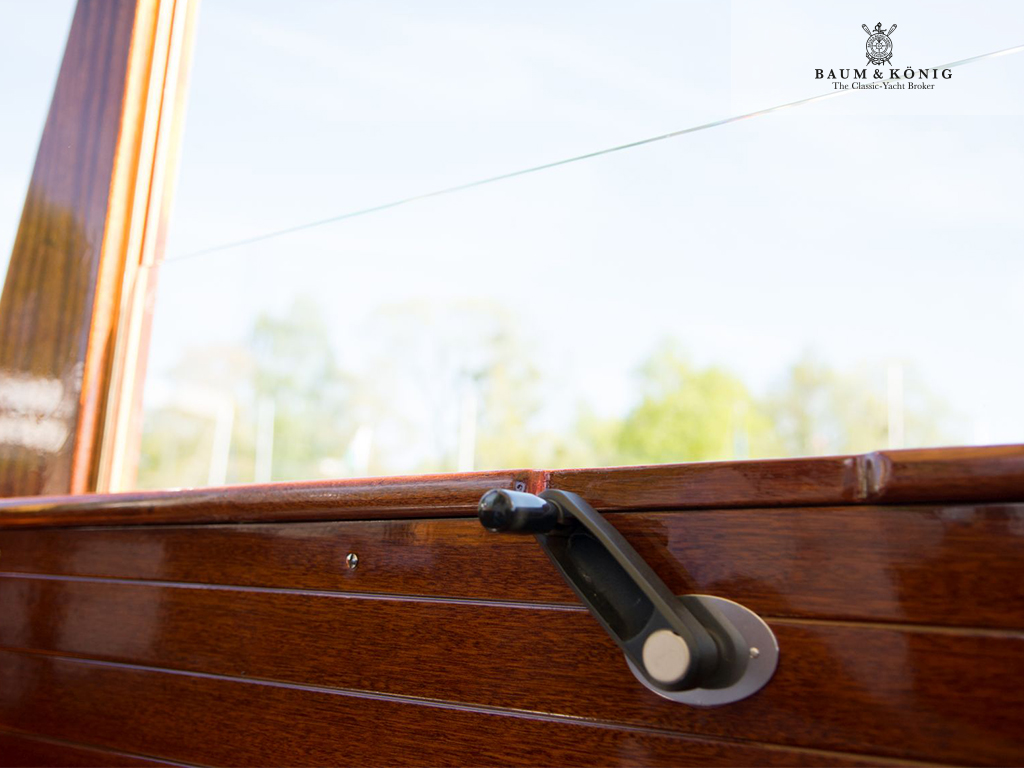 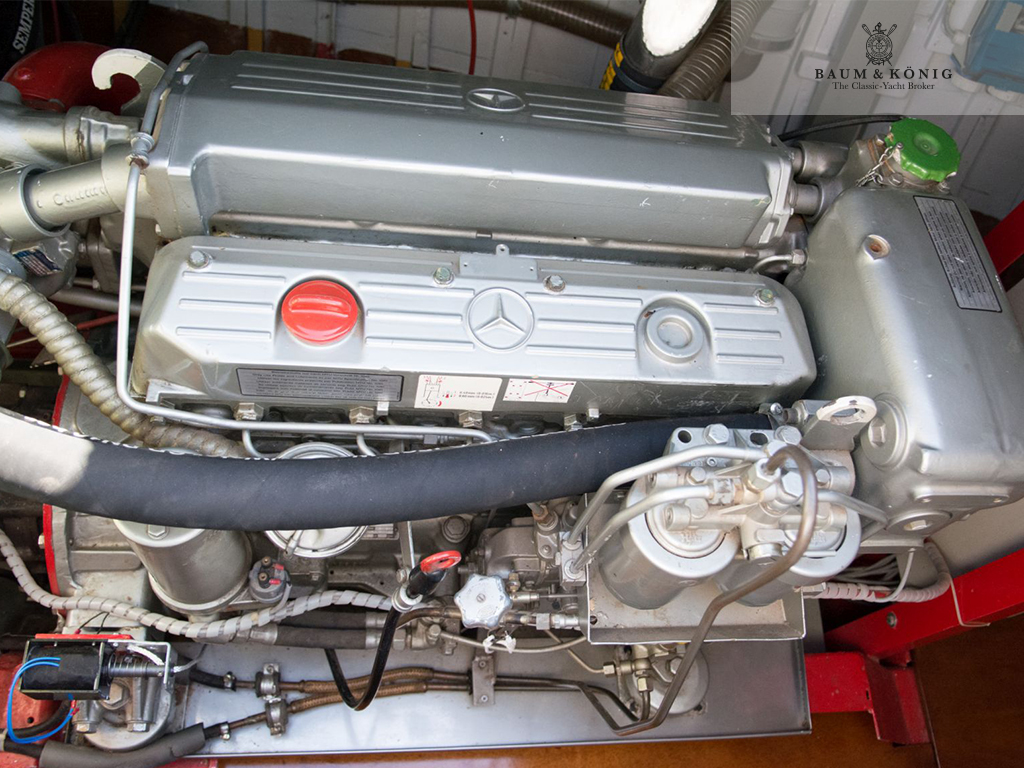 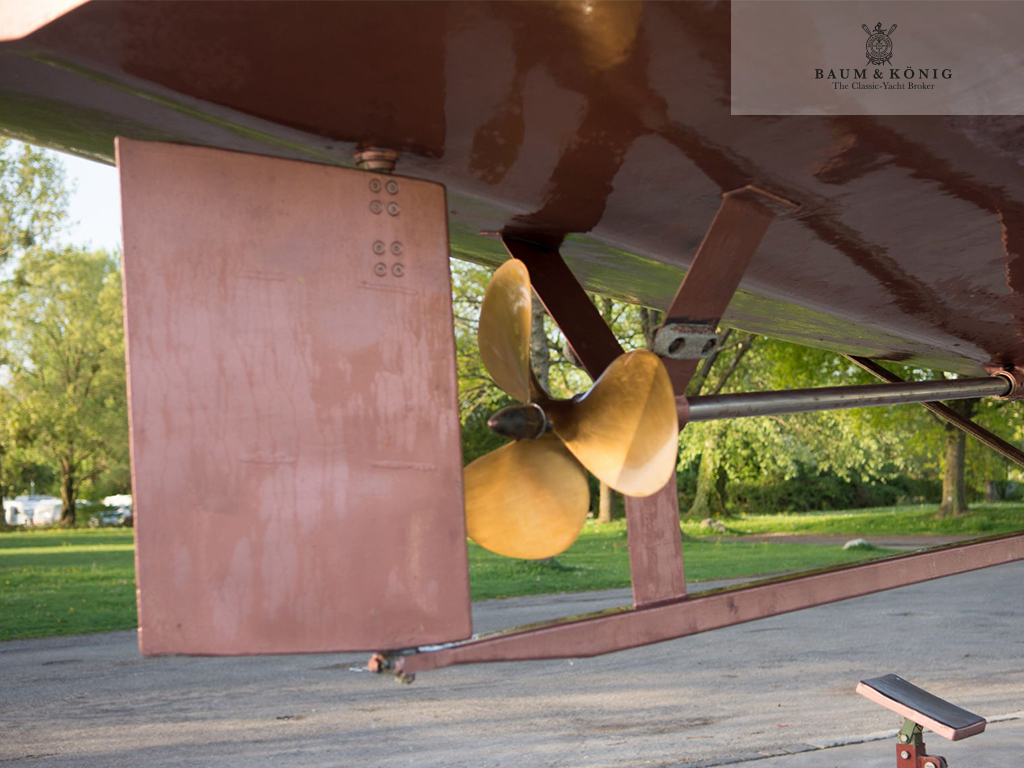 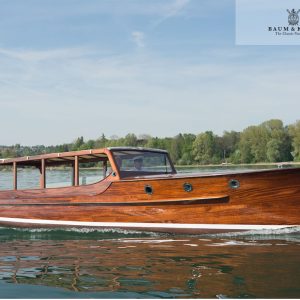 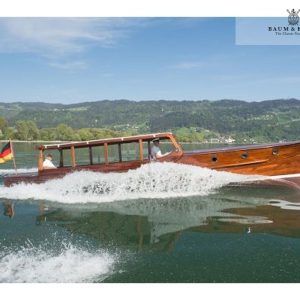 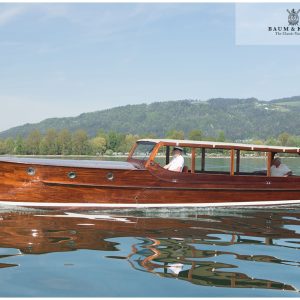 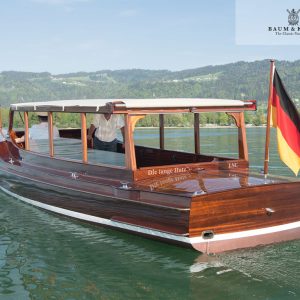 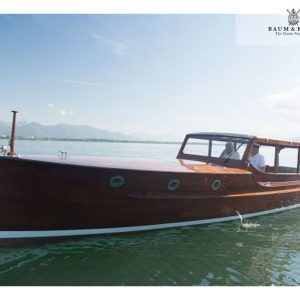 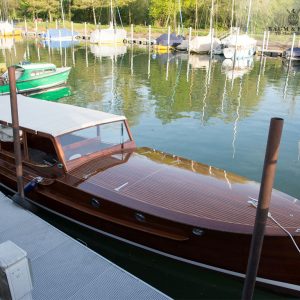 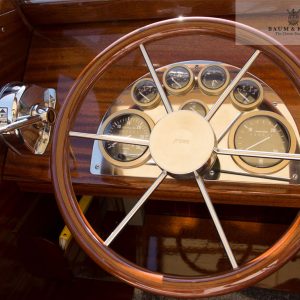 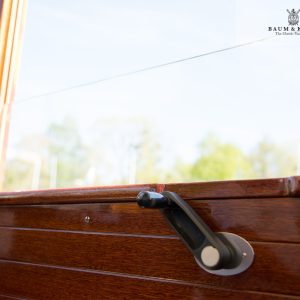 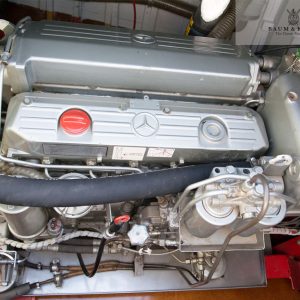 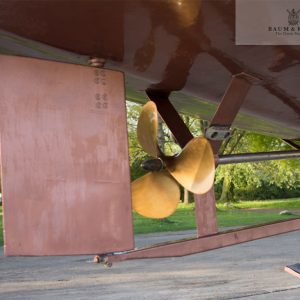 The keel of the “Lange Hatz” was laid in 1939 at the Roland shipyard in Bremen, which at the time was engaged in traditional boat and yacht building, as well as producing speedboats and “ships with special tasks”. Today, the Roland shipyard belongs to the renowned Lürssen Group.

The Lange Hatz was built as a so-called car boat, as they were highly popular on the American East Coast at the time, and was intended for use on the inland lakes around the capital Berlin, as it was good manners for many villa owners with lake properties to seek enjoyment and relaxation on the water aboard elegant boats. According to reports, especially the UFA film stars of the time such as Zarah Leander, Marika Rökk, Heinrich George, Willi Fritsch, but also Heinz Rühmann spent pleasurable hours on the Wannsee aboard the “Lange Hatz”.

In a seven-year refurbishment, all conversion sins were eliminated, every bolt and screw was renewed, the hull and deck were completely renovated and modern technology was installed. The Lange Hatz celebrated a radiant rebirth in 2001! Since then, the Lange Hatz has been a much-admired classic on Lake Constance, used and maintained with love and care by its four-member owner community – and returned to its original purpose, cultivated cruising and classic enjoyment.

In 2017, an extensive refit took place, and the Lange Hatz presents itself in top condition shortly before her 80th birthday.