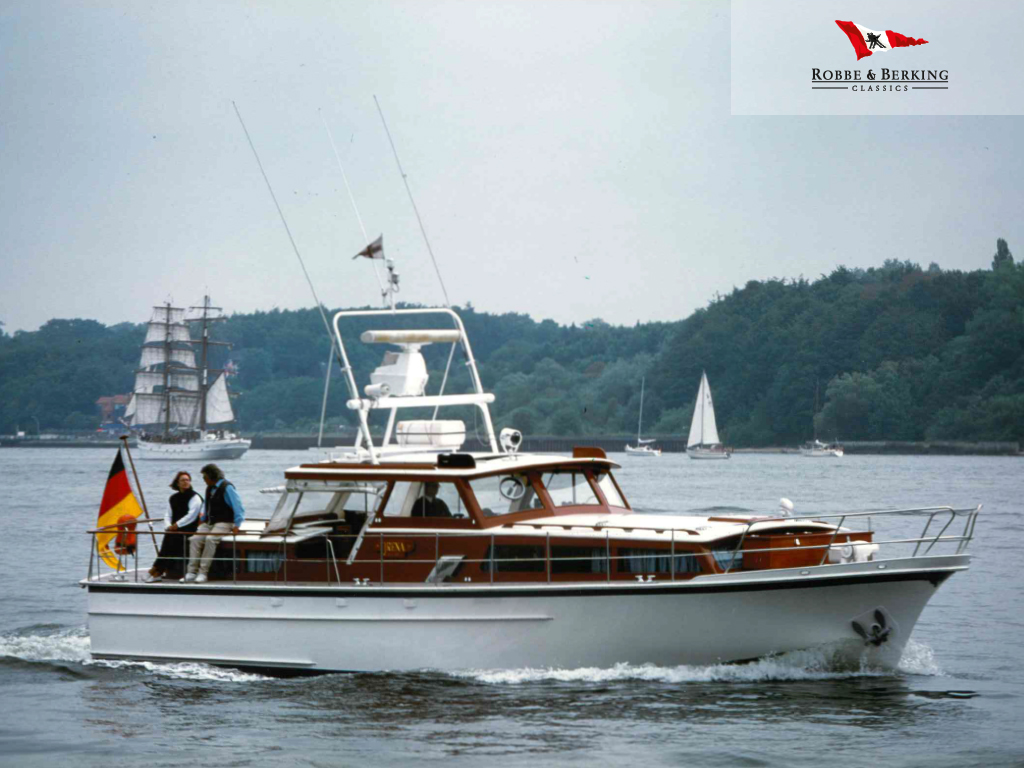 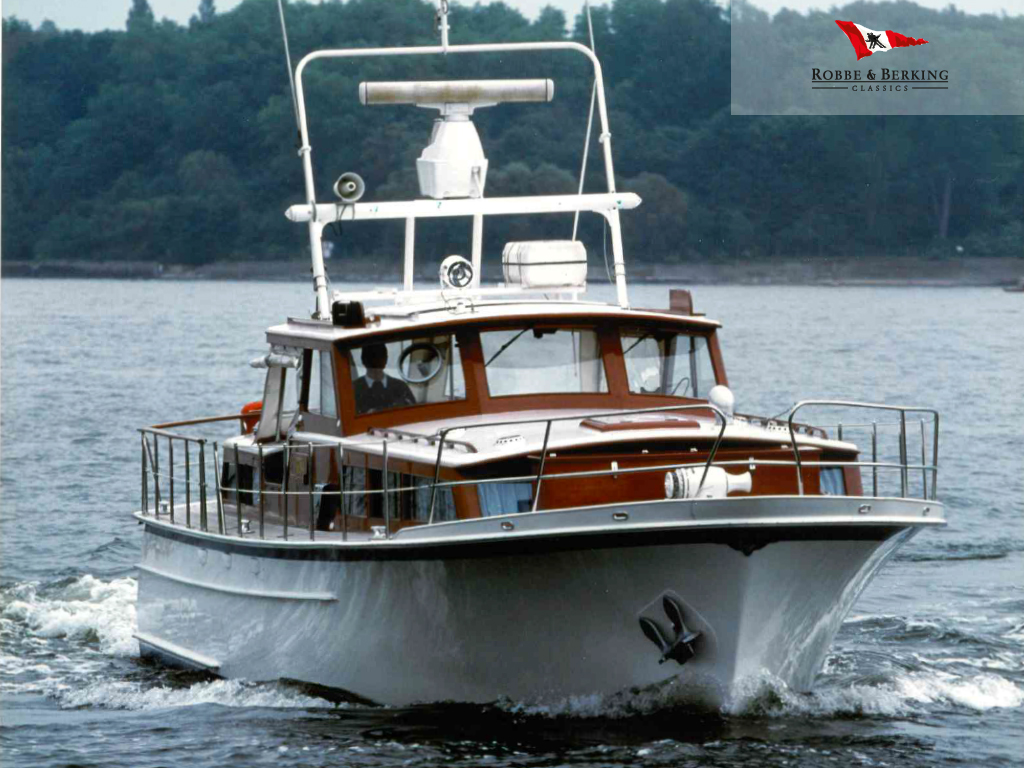 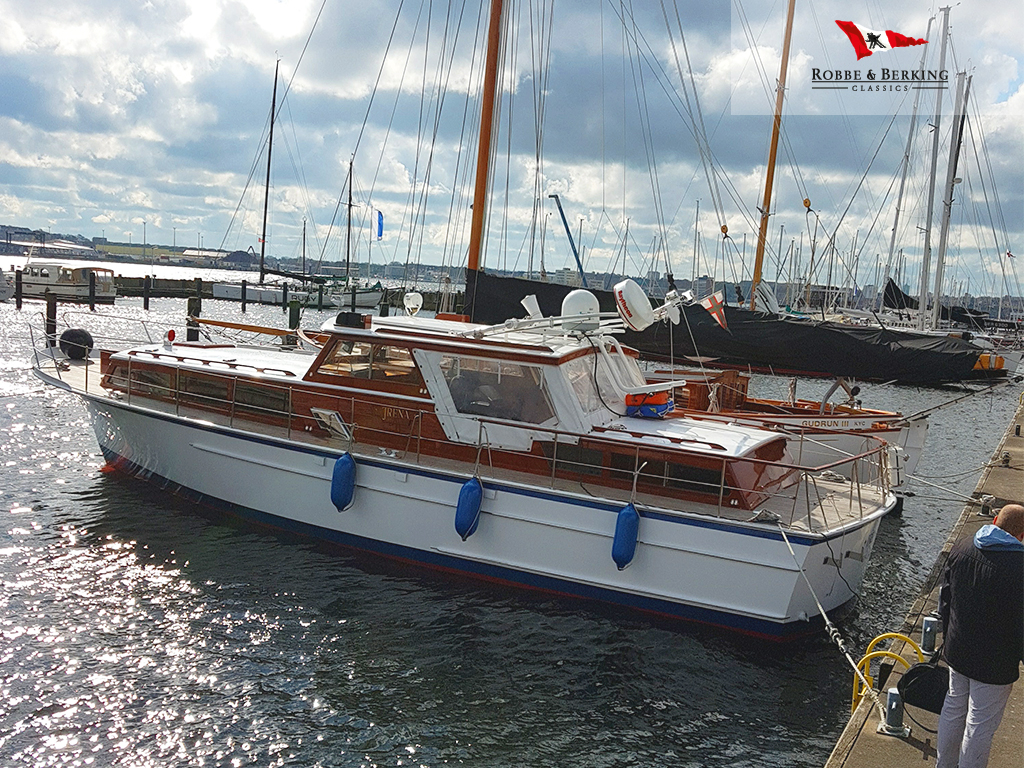 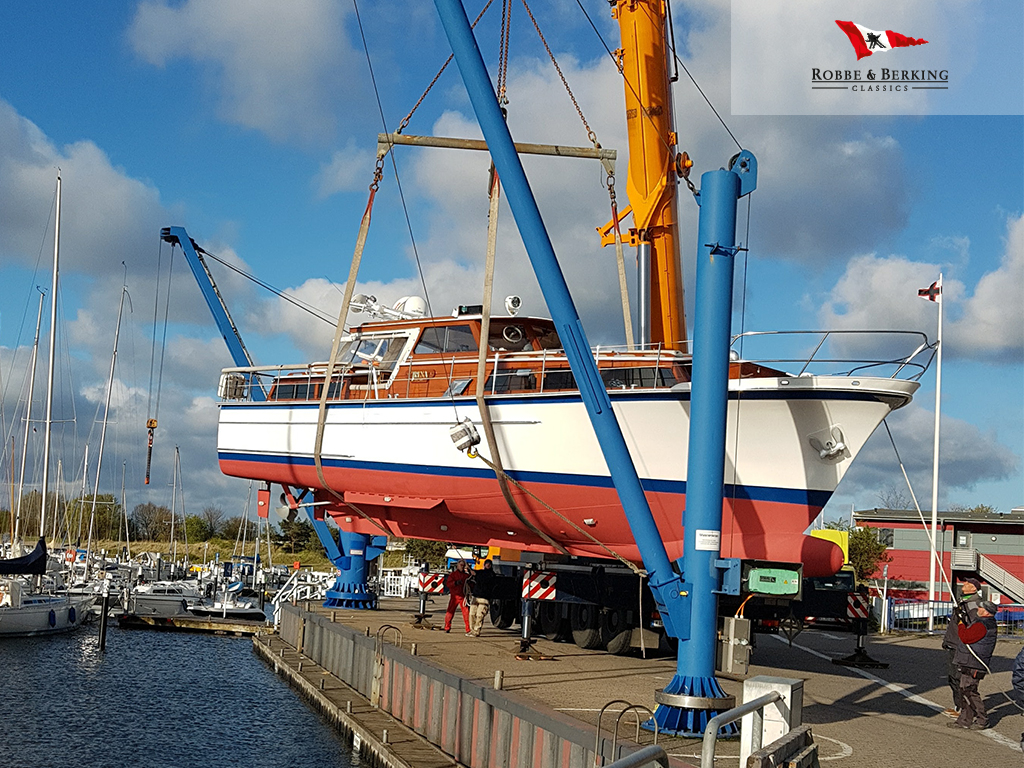 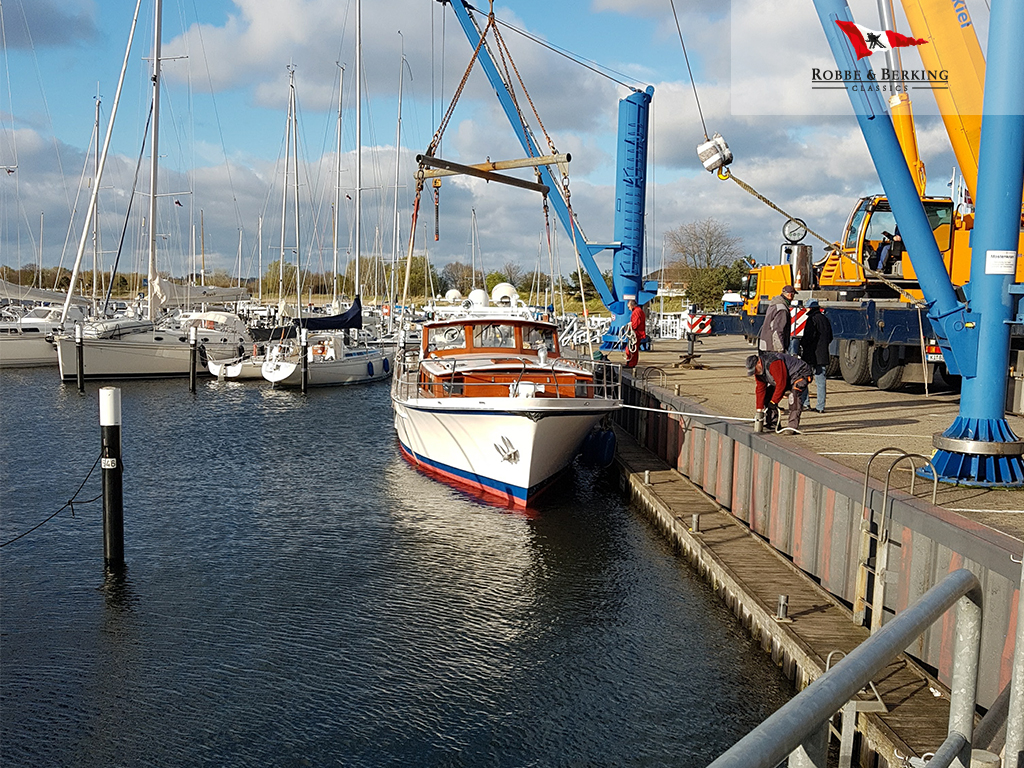 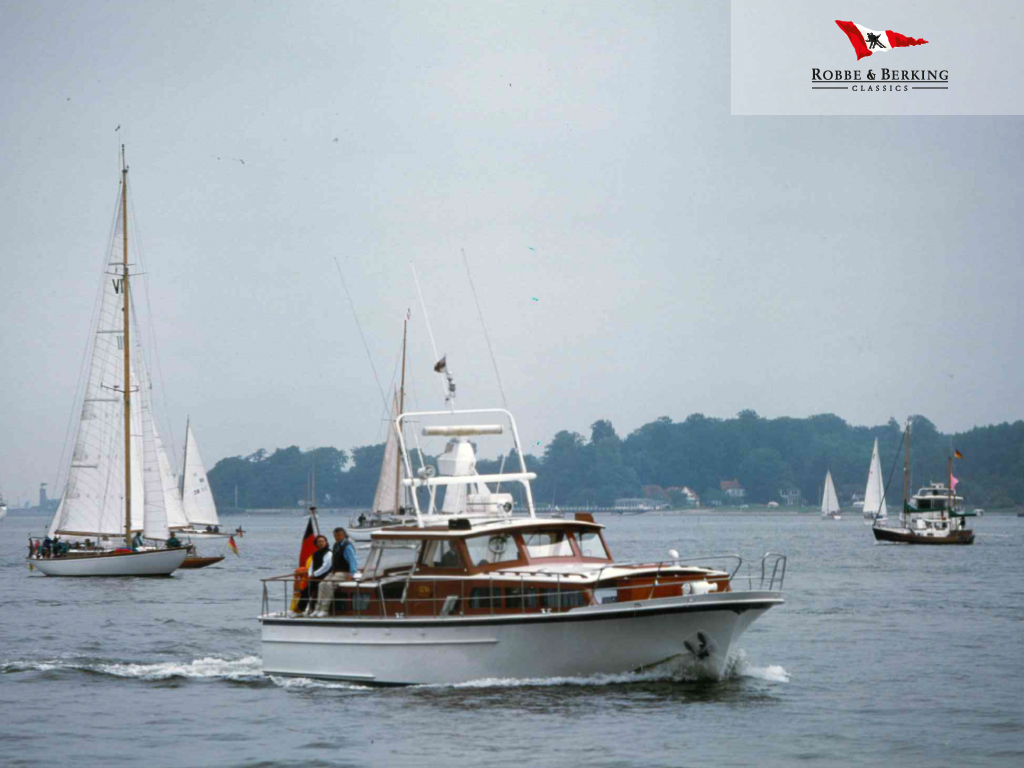 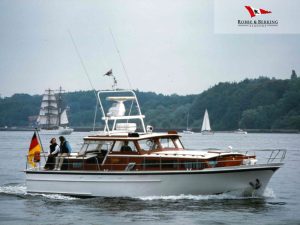 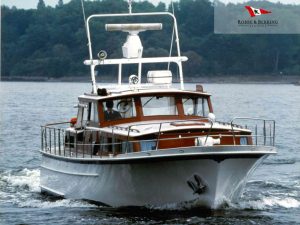 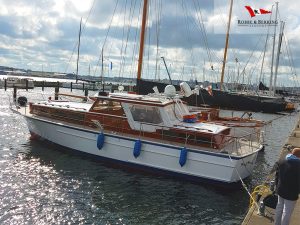 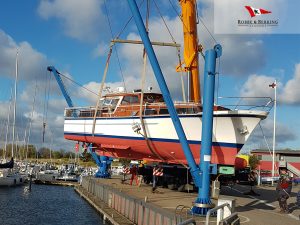 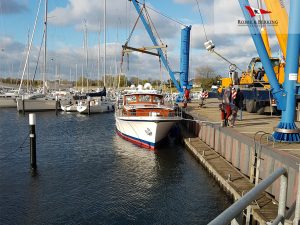 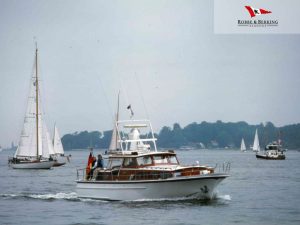 IRENA was built in 1965 at the Visch shipyard in Holland. This motor yacht was once called Trudelmaus and was used, among other things, as an escort ship for the Kiel Yacht Club during Kiel Week and the 1972 Olympic Games. Among others, the then Commodore of the KYC, Otto Schlenzka, who also organised the 1972 Olympic sailing competitions, received his guests on the motor yacht “Trudelmaus” now IRENA. Among the guests was the then Federal President Gustav Heinemann. Irena is offered in sound condition and ready to sail.