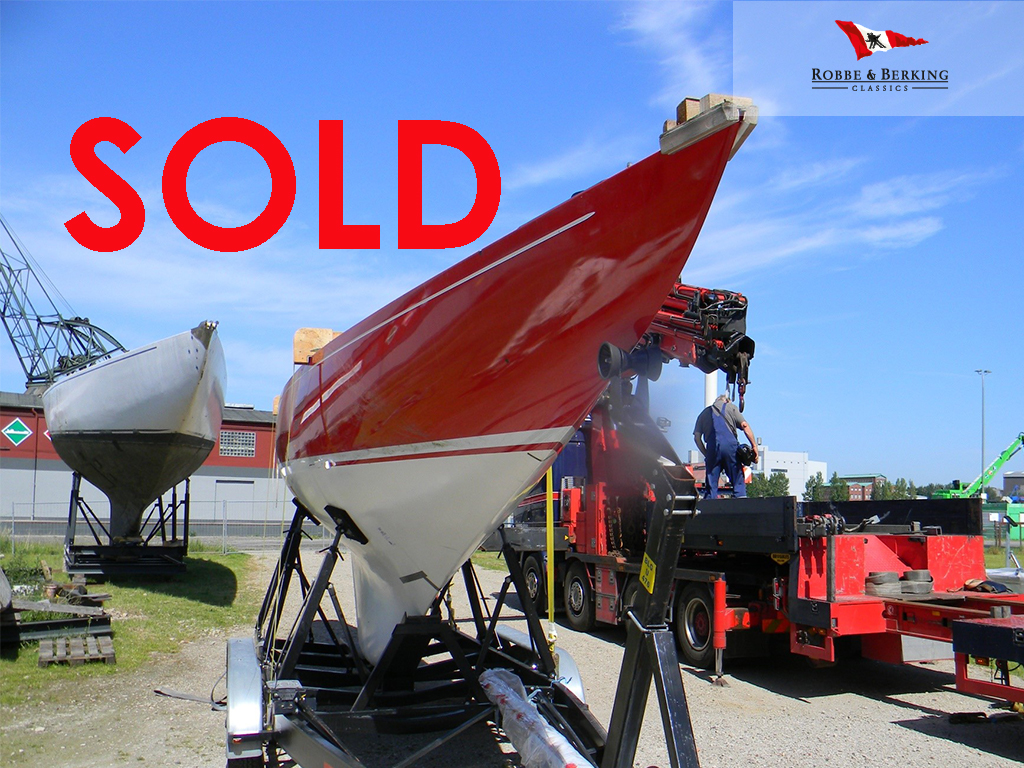 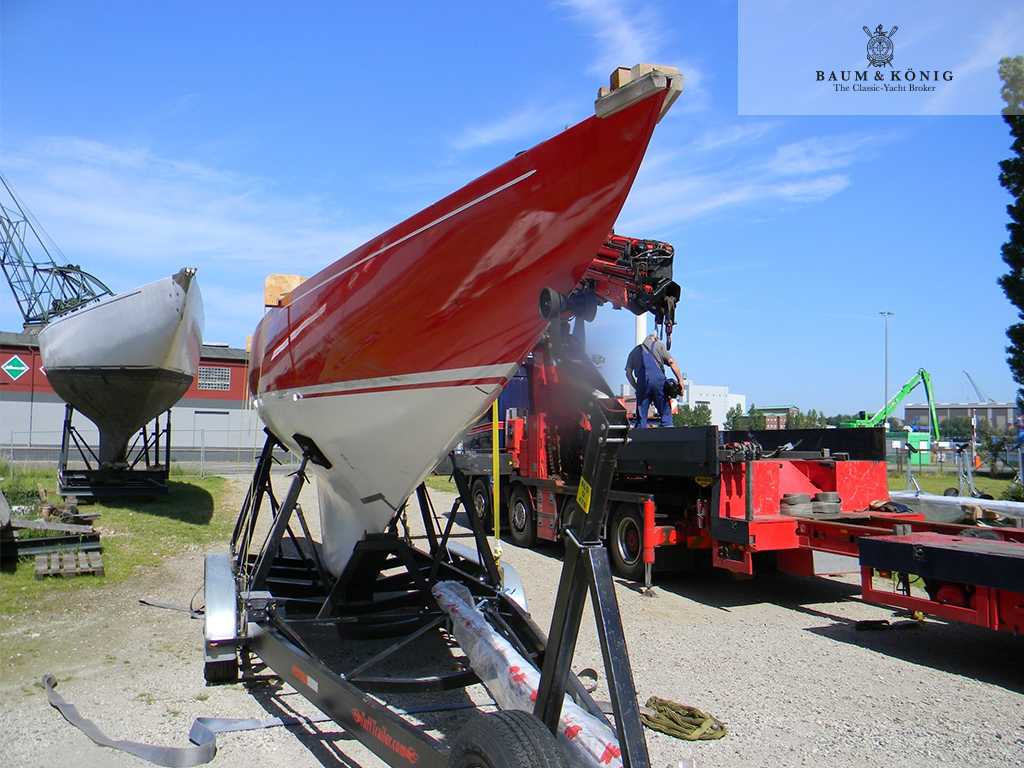 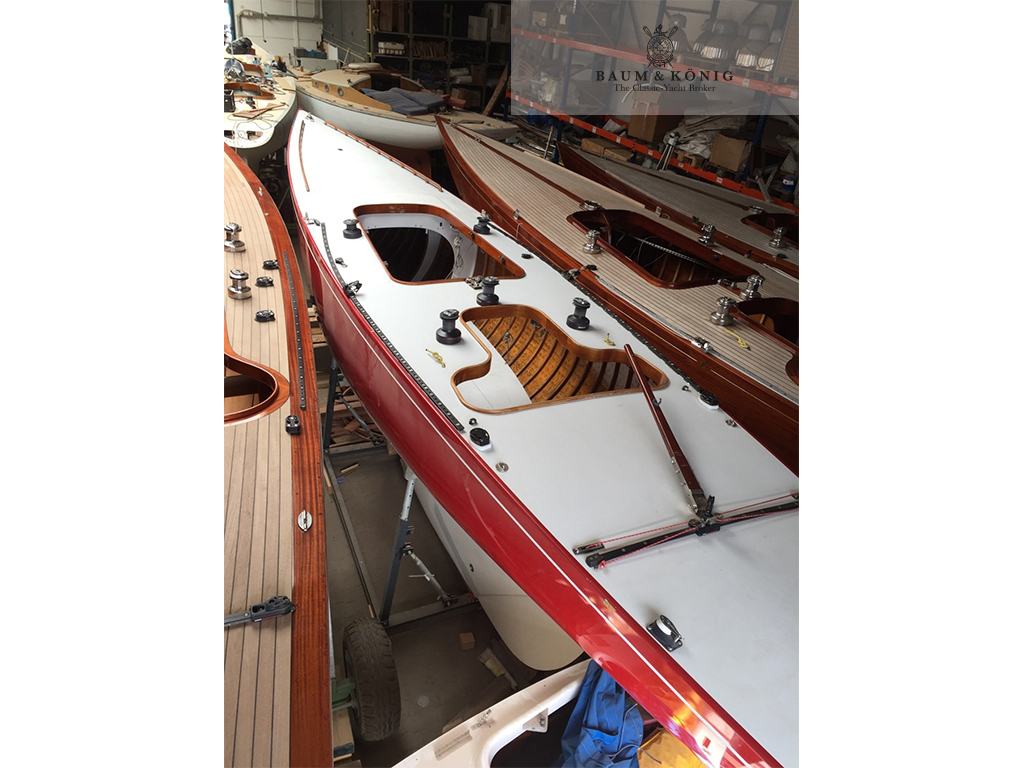 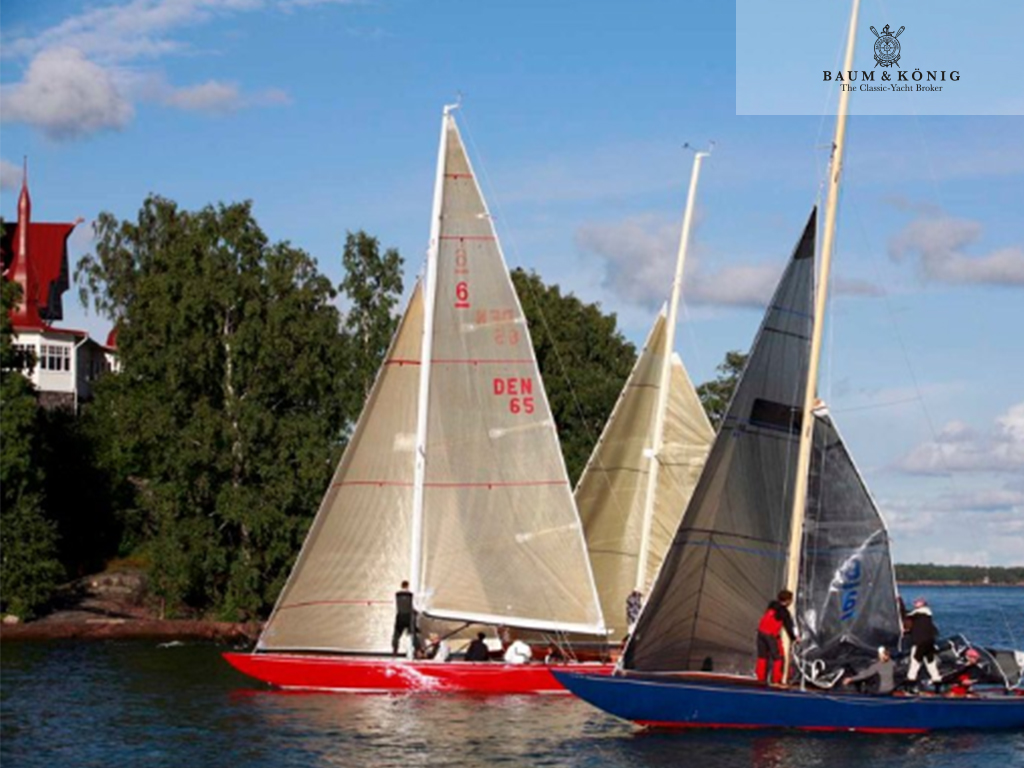 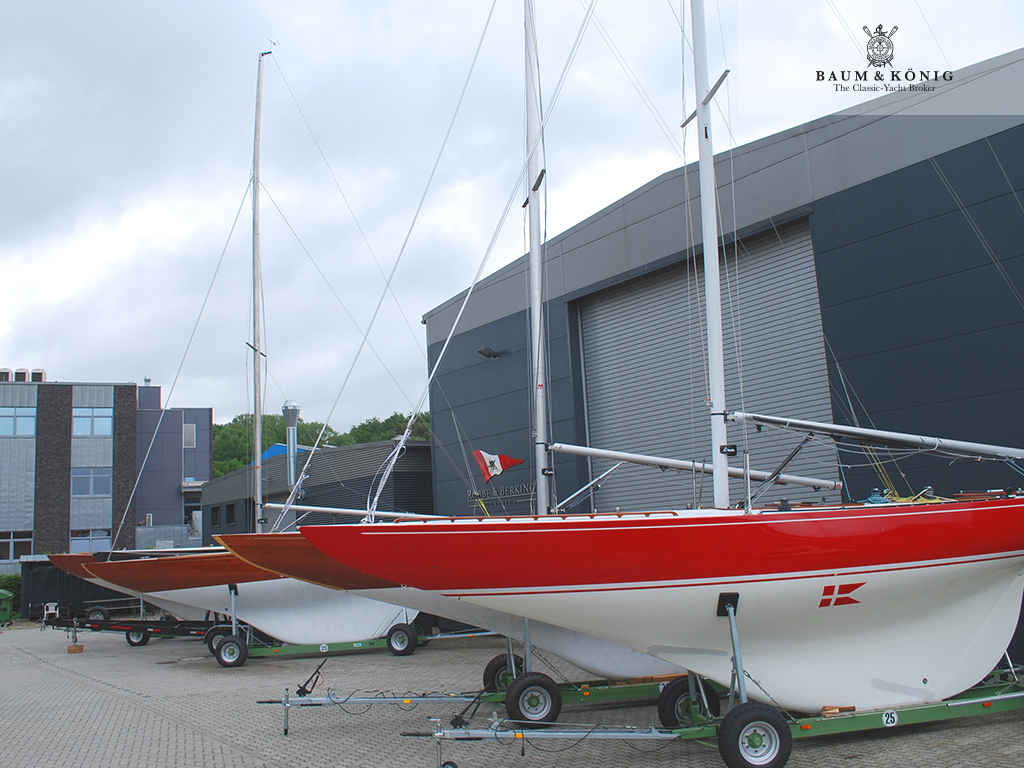 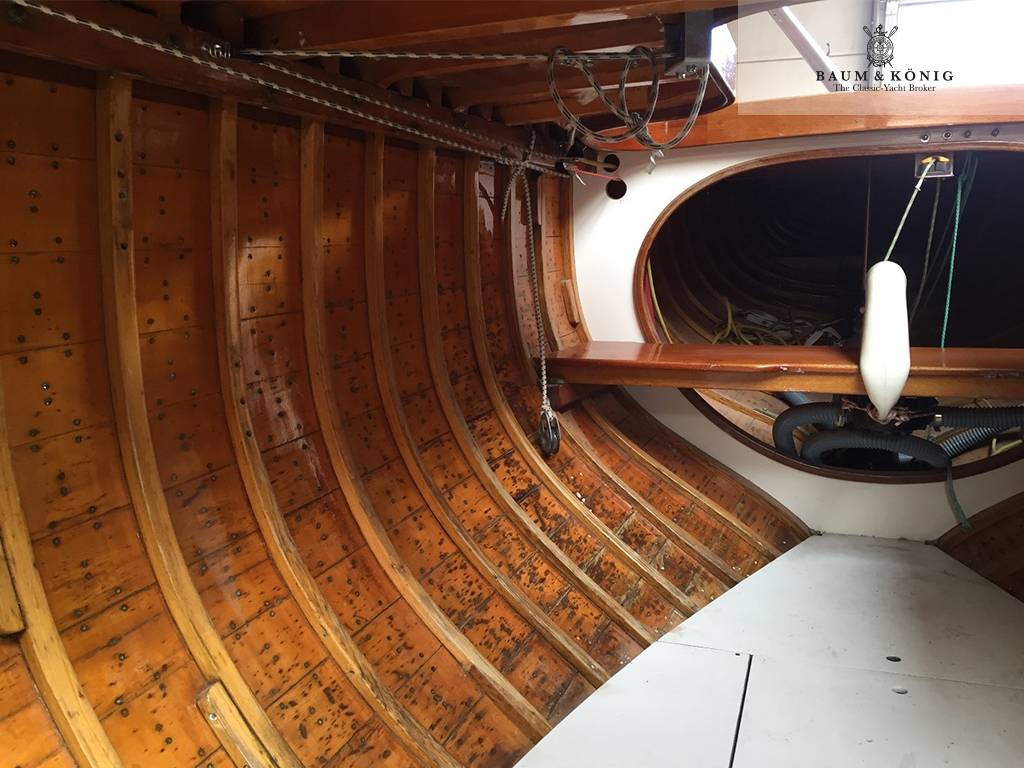 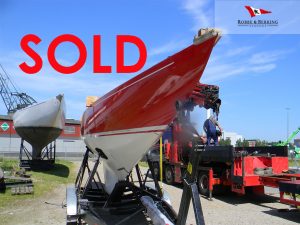 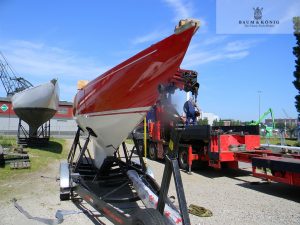 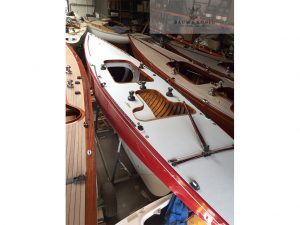 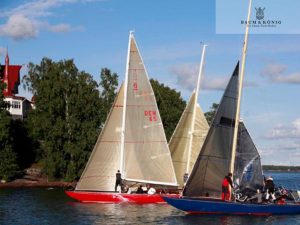 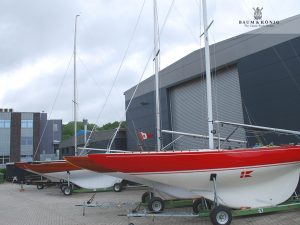 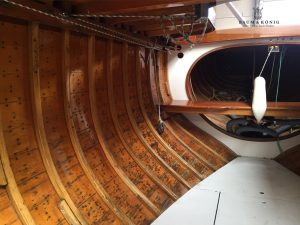 Designed and built for Bryan Newkirk of Toronto, Canada, and named after his grandson. She is double planked in construction, mahogany over white cedar with oak frames. Her deck is 2 layers of okume plywood over yellow cedar deck beams and carlines. She has mahogany cockpit coamings. Buzzy III was an instant success when new and fairly dominated the 6 meter scene in Toronto in the later 50s, winning the Toronto Globe & Mail North American Championships in 1956 and 1957 and many other races. Mr. Newkirk donated Buzzy III to the Royal Canadian Yacht Club in 1958 on the stipulation that proceeds from her sale would go to promote further 6 meter activity on Lake Ontario. Reg Dixon purchased and sailed her in the Toronto area until activity and interest in Toronto was on a steep decline, the class having been supplanted by the newer 5.5 meters. Vic Palmer brought Buzzy III to Maple Bay, BC in 1965 to become part of the largest active community of sixes in the World at that time. Vic sailed Buzzy III in many races in Victoria, Vancouver, Bellingham and Seattle. Dr. Wood Lyda brought the boat to Seattle in 1970 and commissioned S&S to draw modifications for Buzzy III to take advantage of some of the current advances in naval architecture, with particular influence from the 12 meter Intrepid. Her rudder was changed, a ‘kicker’ added, and her hull shape made fuller in the stern area. Her counter stern was also removed to save weight and look more “modern”. Buzzy III sailed in the first 6 Meter World Cup, held in Seattle in 1973. Several years later, Dr Lyda sold the boat to Kirk Palmer, Vic’s son, who sailed her in the 1979 World Cup in Seattle. Buzzy III eventually made her way north to Comox, B.C. on Vancouver Island where she was out of the water for over 5 years. Through her performance of the previous 30 years it was obvious that the modifications made to Buzzy III in the early 70’s were not altogether successful and also placed her in the limbo of not really being a Classic or Modern. When she first came into the shop at Bent Jespersen Boatbuilders, she was something of a wreck, but it was decided to make her whole again. The underwater modifications were removed and her original counter stern replaced, which added nearly 5 feet back to her original length of 37 feet. Buzzy III received a new deck, cockpit sole, 25 pairs of new frames, new ring frame/mast step arrangement and new rudder. The mast step has been moved recently to try a longer J-Measurement. Furthermore Great Dane received a new mast (almost 1m longer) and new sails. This modification can easily brought back to her original and remeasured.