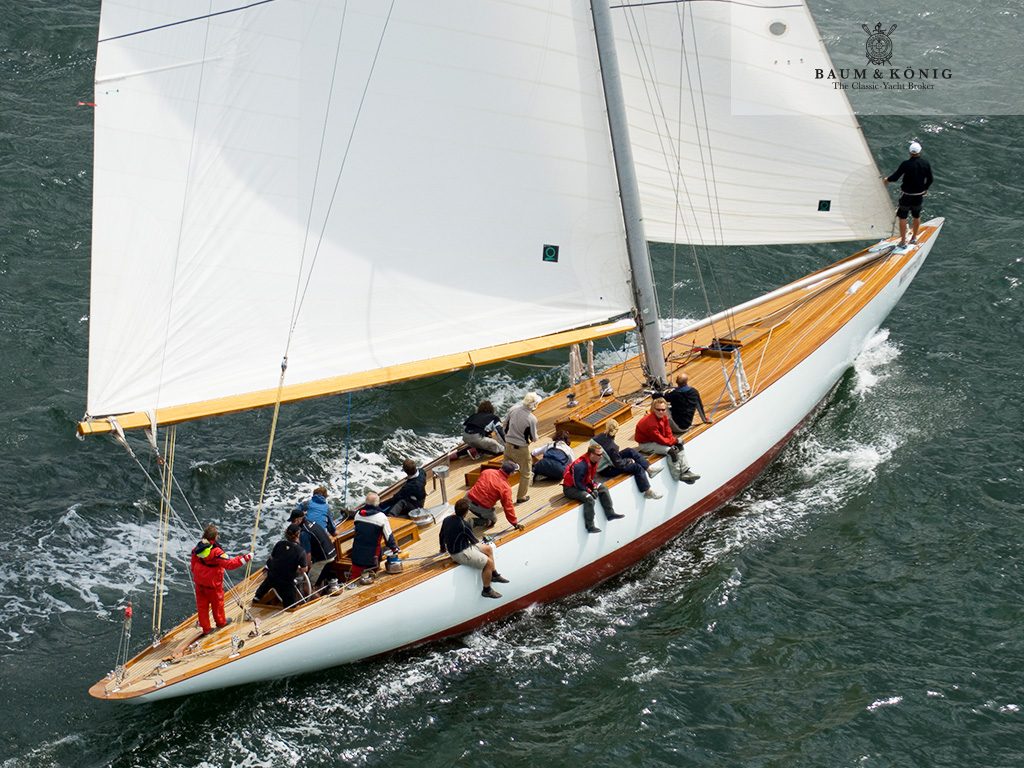 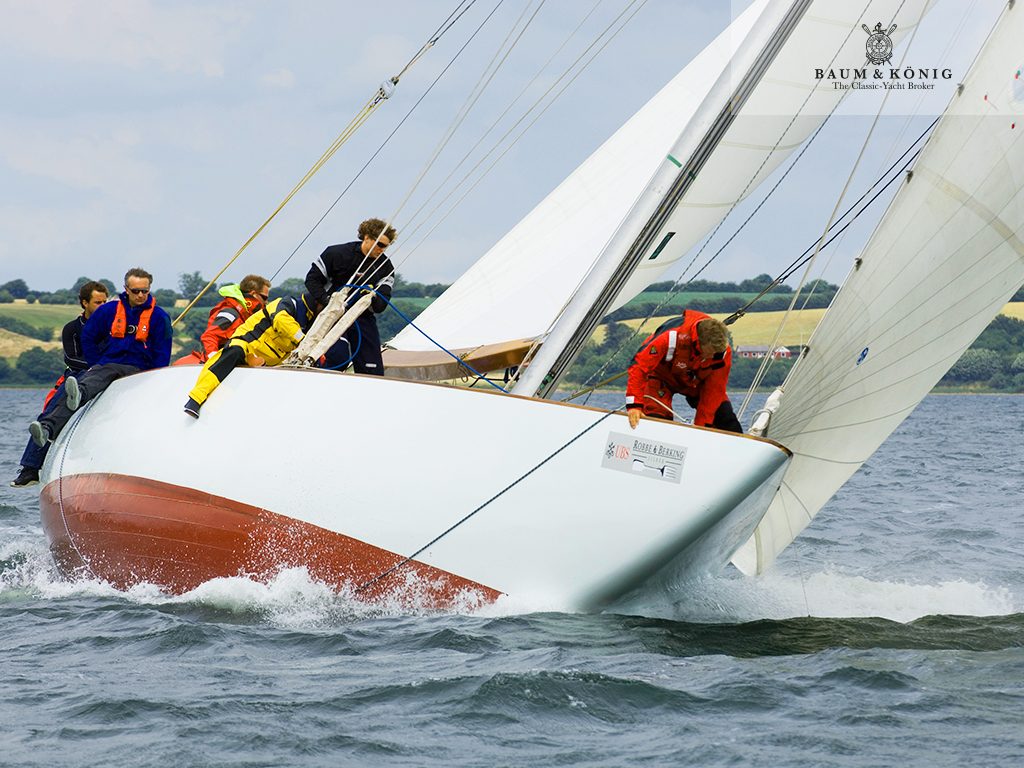 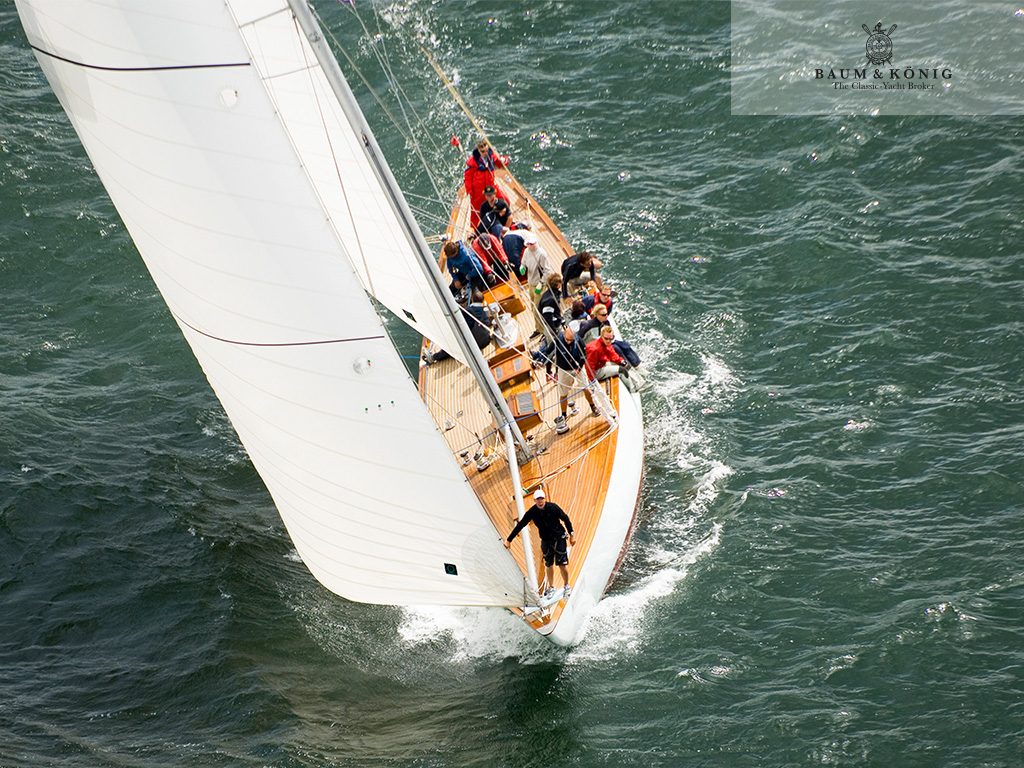 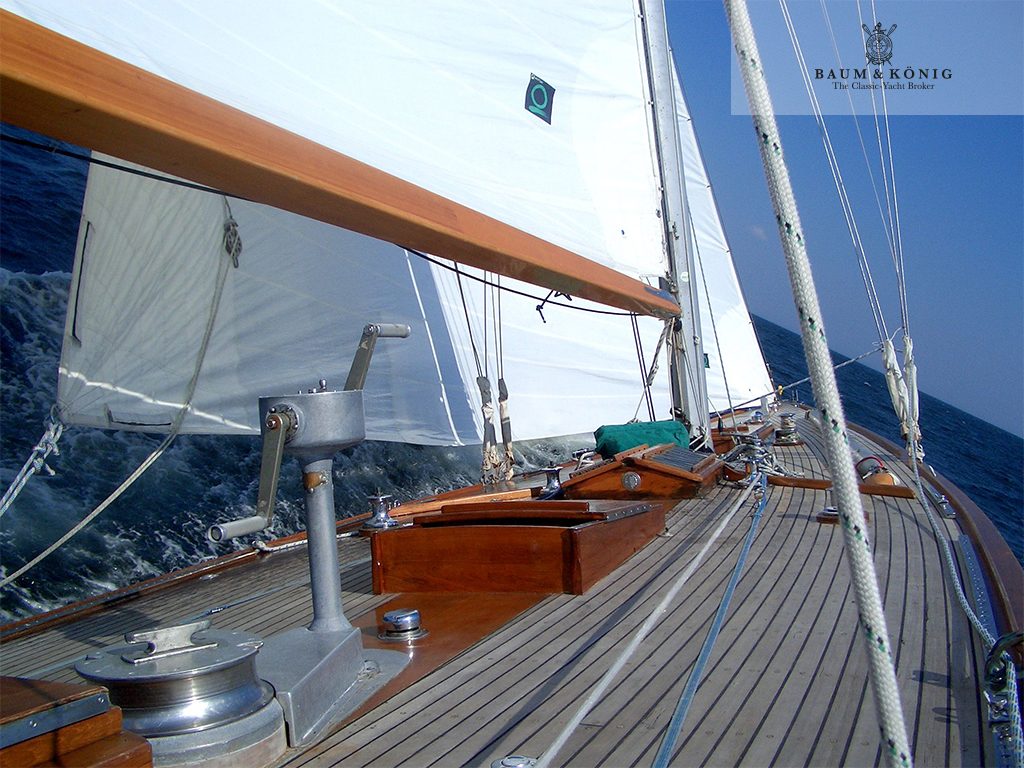 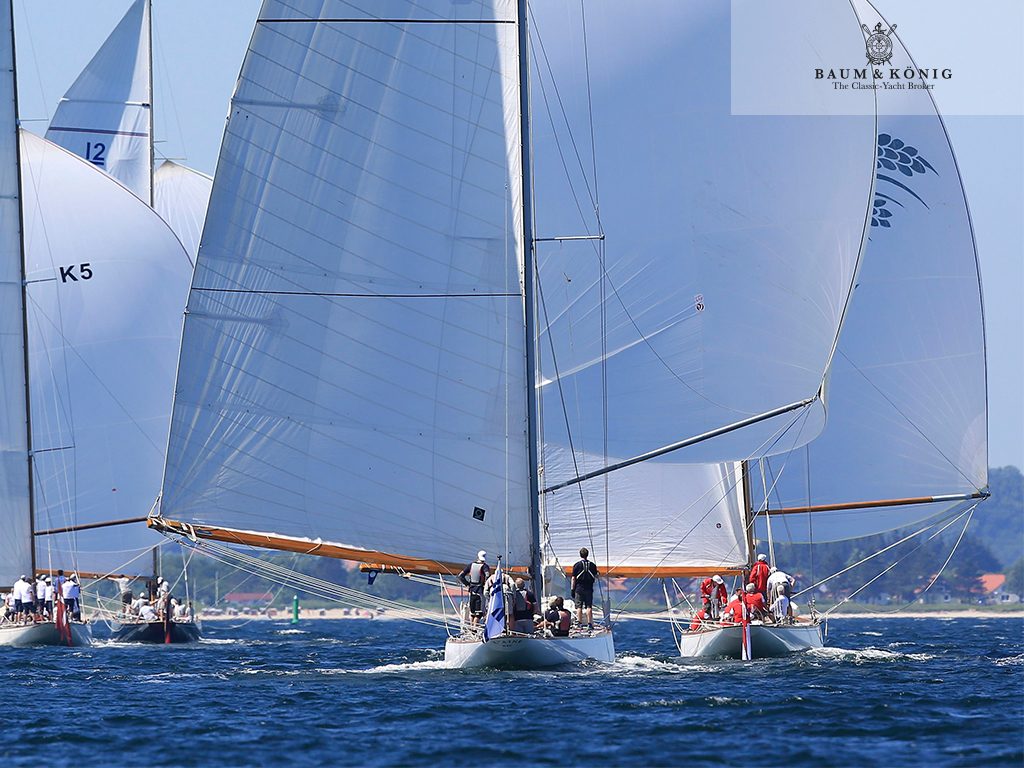 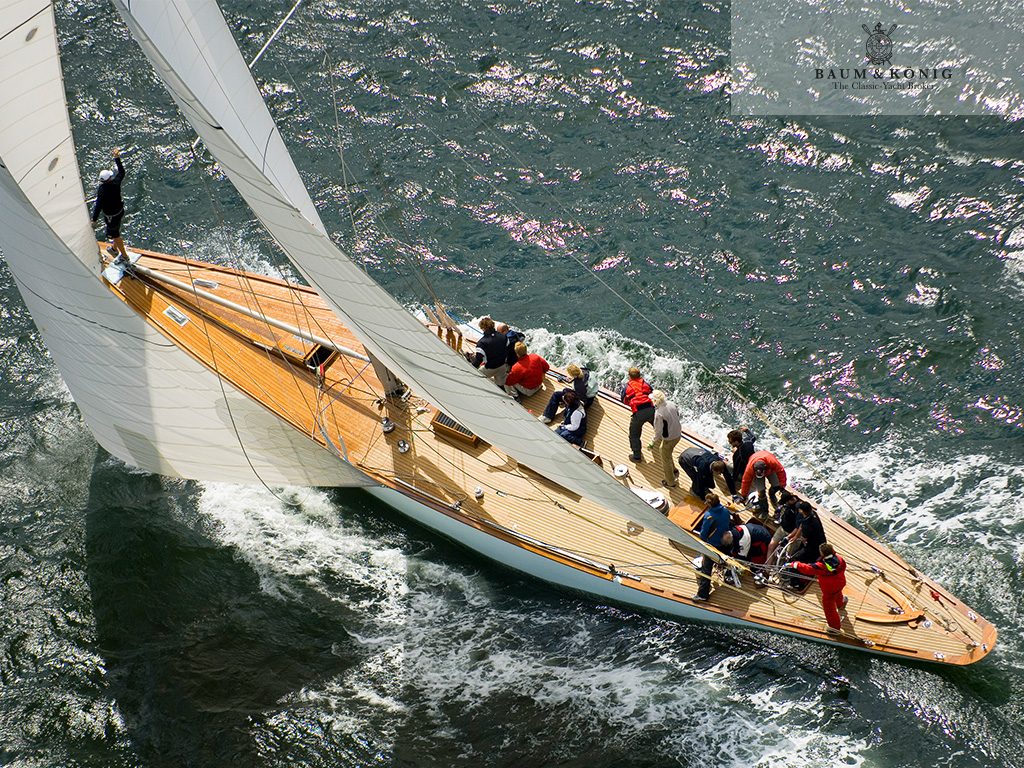 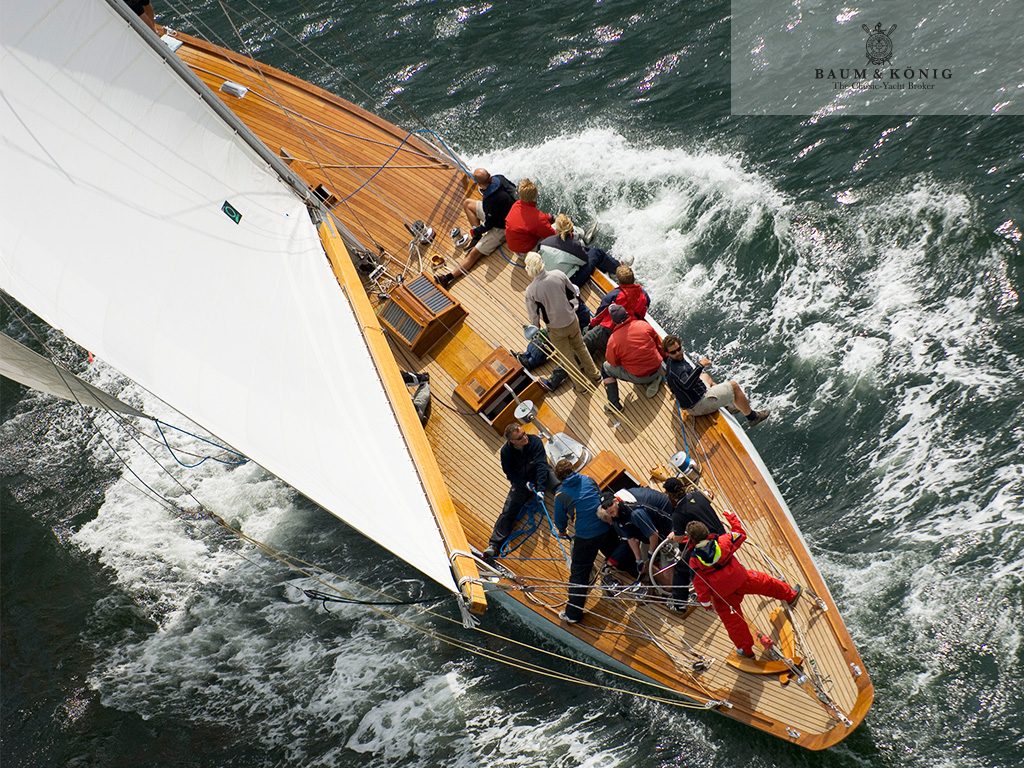 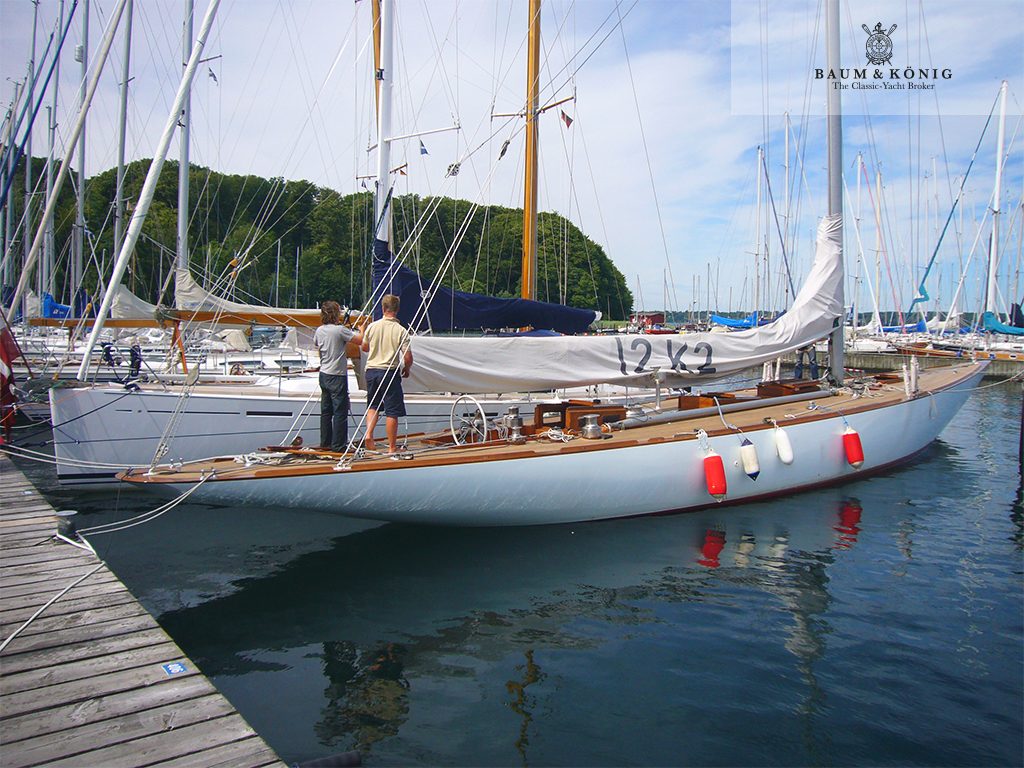 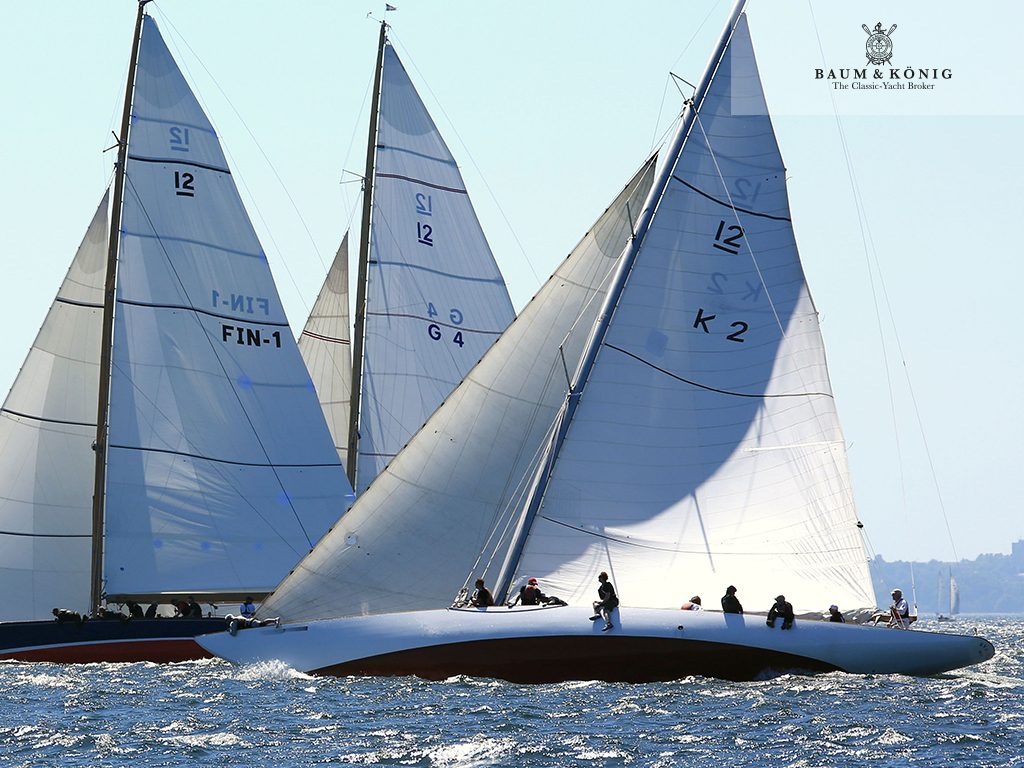 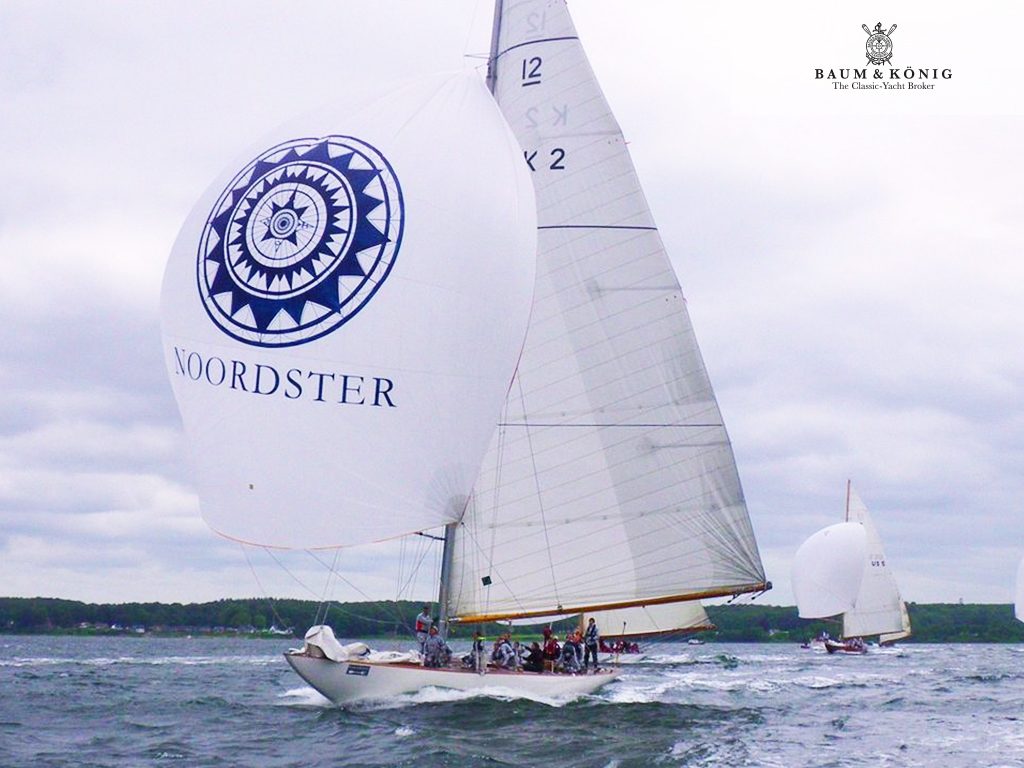 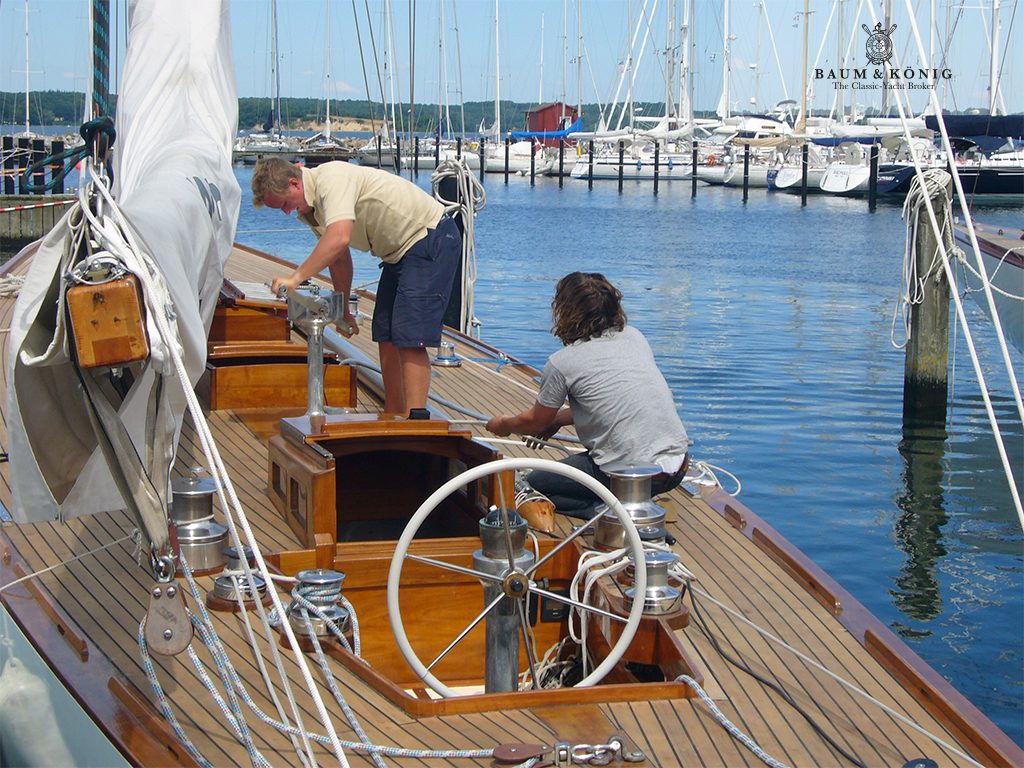 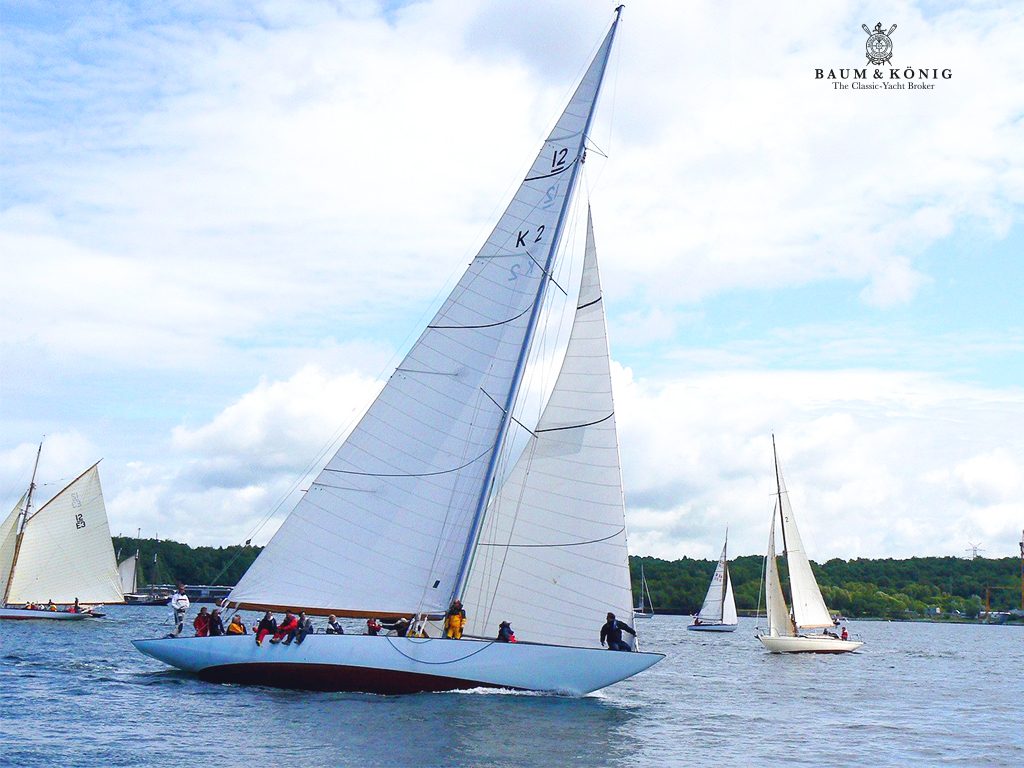 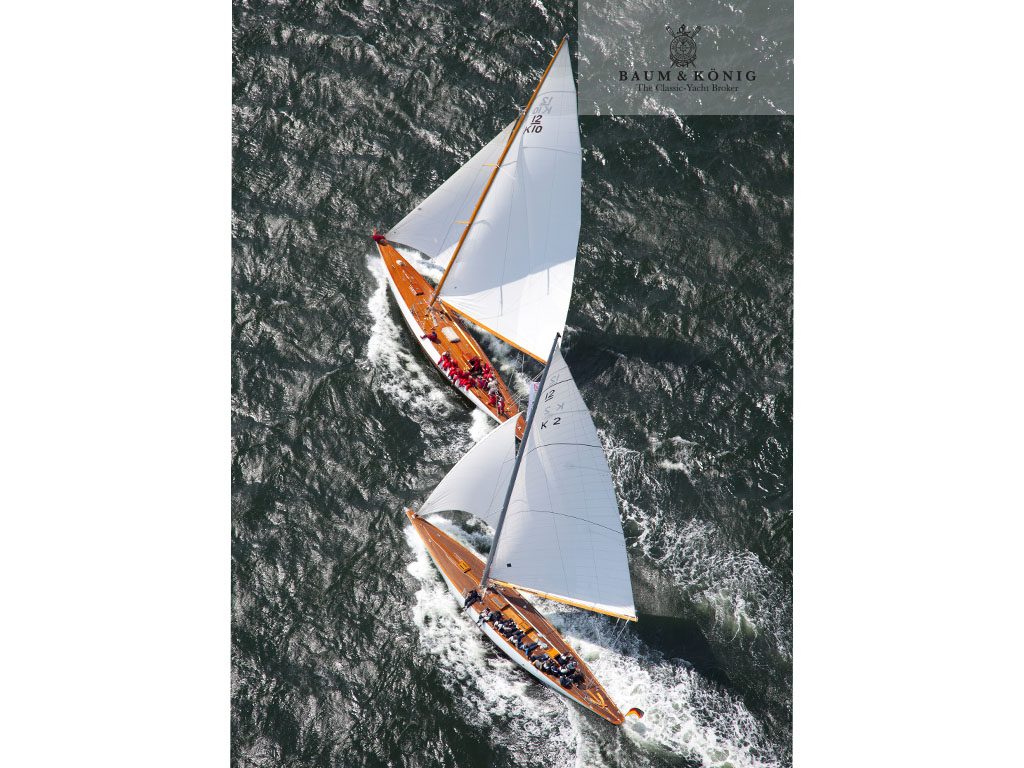 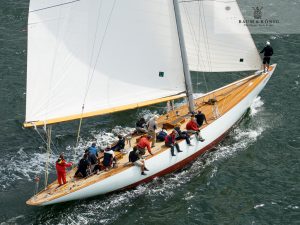 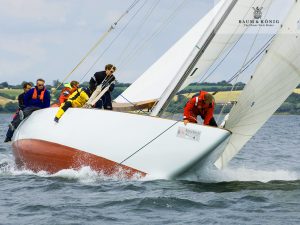 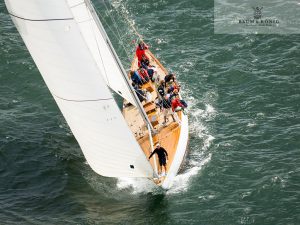 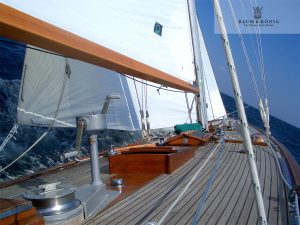 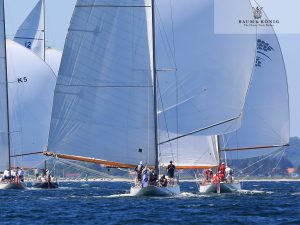 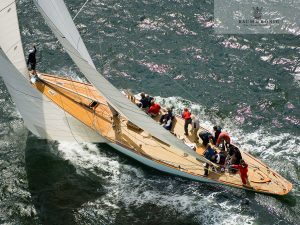 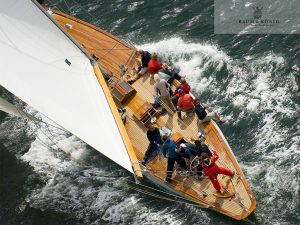 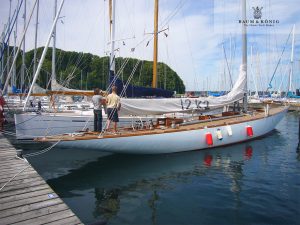 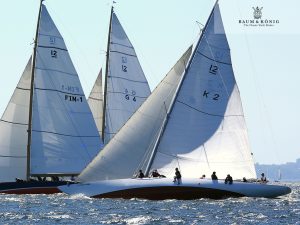 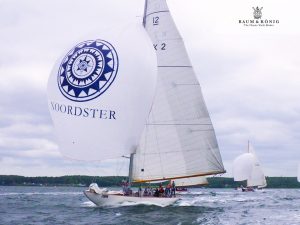 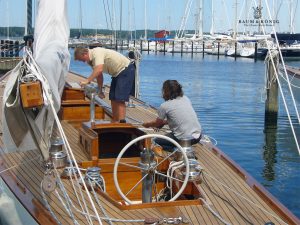 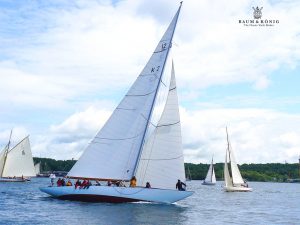 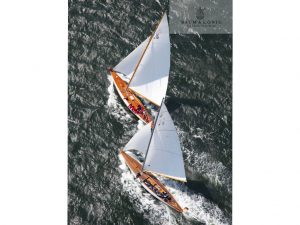 EVAINE was commissioned according to the International Third Rule and was designed and built by Camper & Nicholson in 1936. This was the second Twelve built for Sir Richard C Fairey after Flica and she was one of the outstanding designs of Nicholson; in her first season she was third after Marina and Westra out of 31 entries with 7 firsts, 10 seconds and 1 third. The 1938 seasons were marked by the duels between Evaine and Trivia which have added to the English yacht racing a new chapter even comparable with those of past history. Several successful years later she was the first Twelve that crossed the Atlantic two times between 1969 and 1975. Various damages and circumstances in combination with overhauls brought the yacht at least to Germany and is used for day charter and racing. EVAINE has shown her high potential during championships and other races and is still comparable to old acquaintances like Trivia, Vim and Flica II. Evaine is available for charter and as complete package. Herr current condition is not perfect, so Robbe & Berking Classics have had a closer look at her. The yard made a proposal for the required works and you are welcome to get in touch with us to discuss the options.