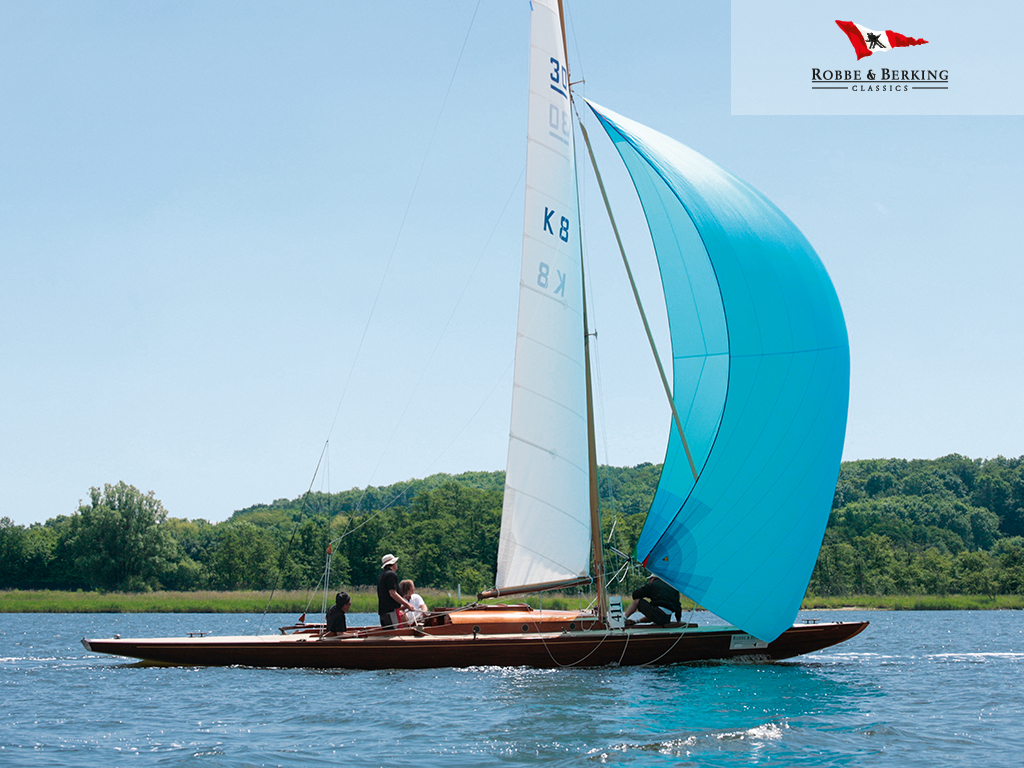 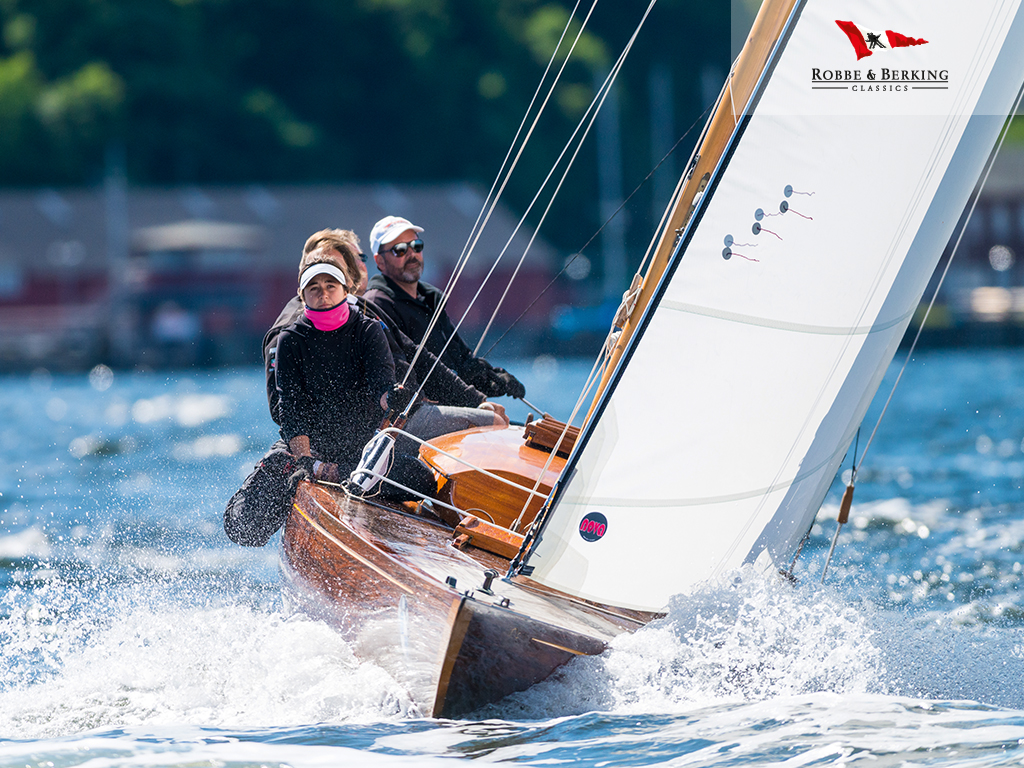 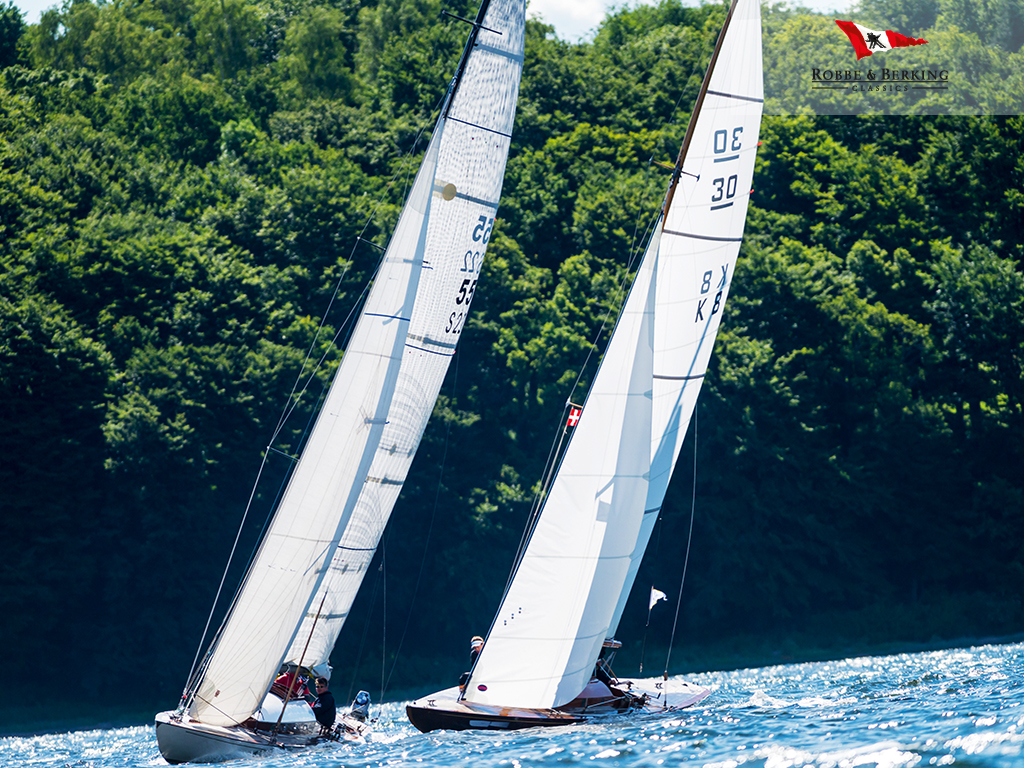 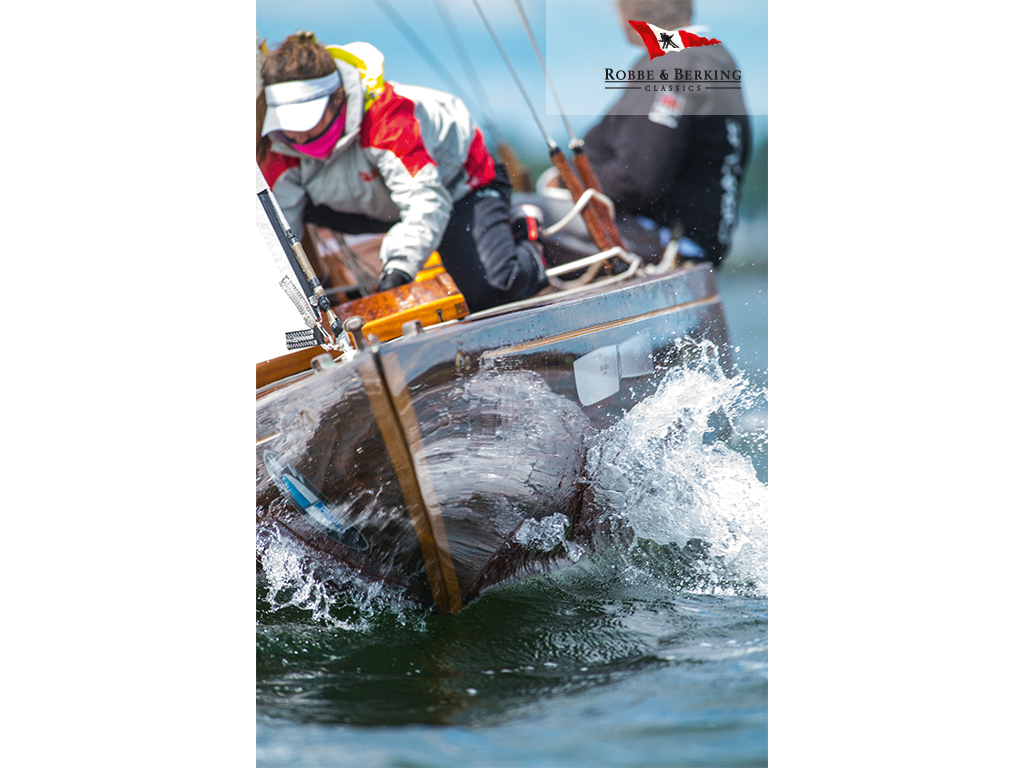 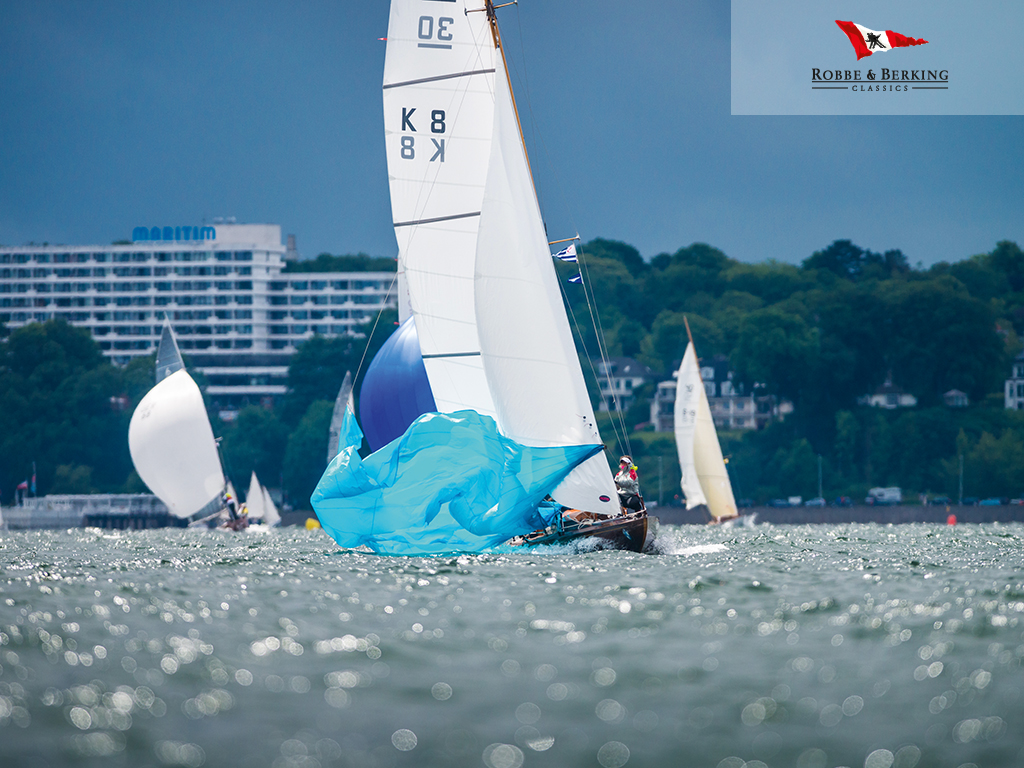 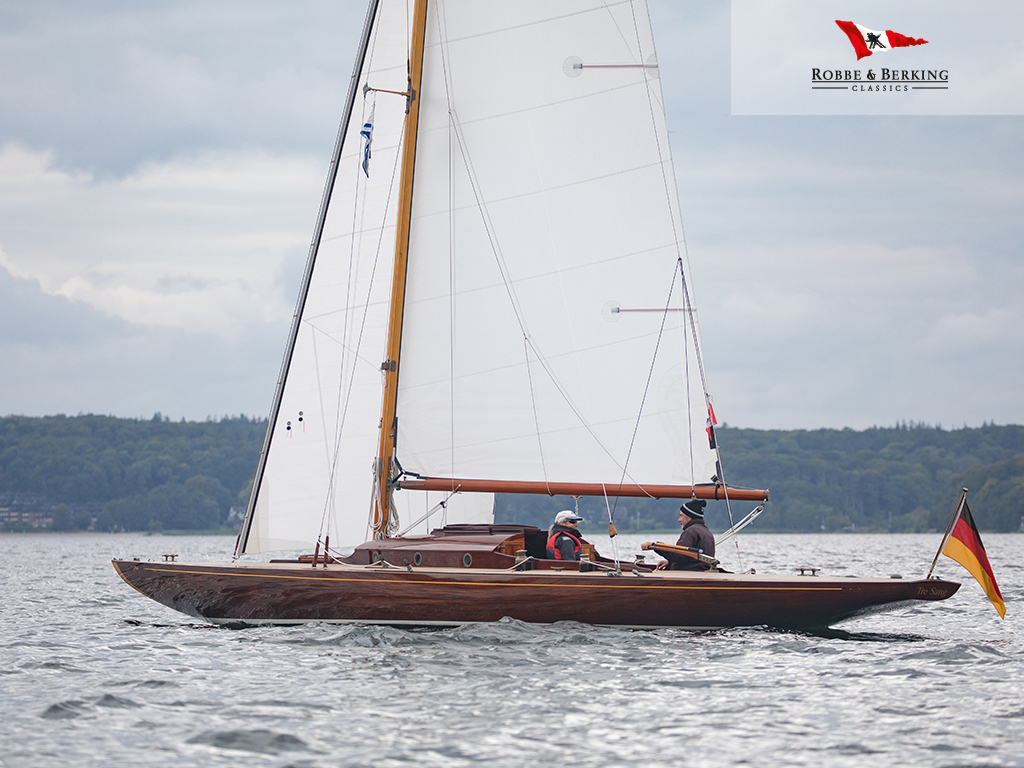 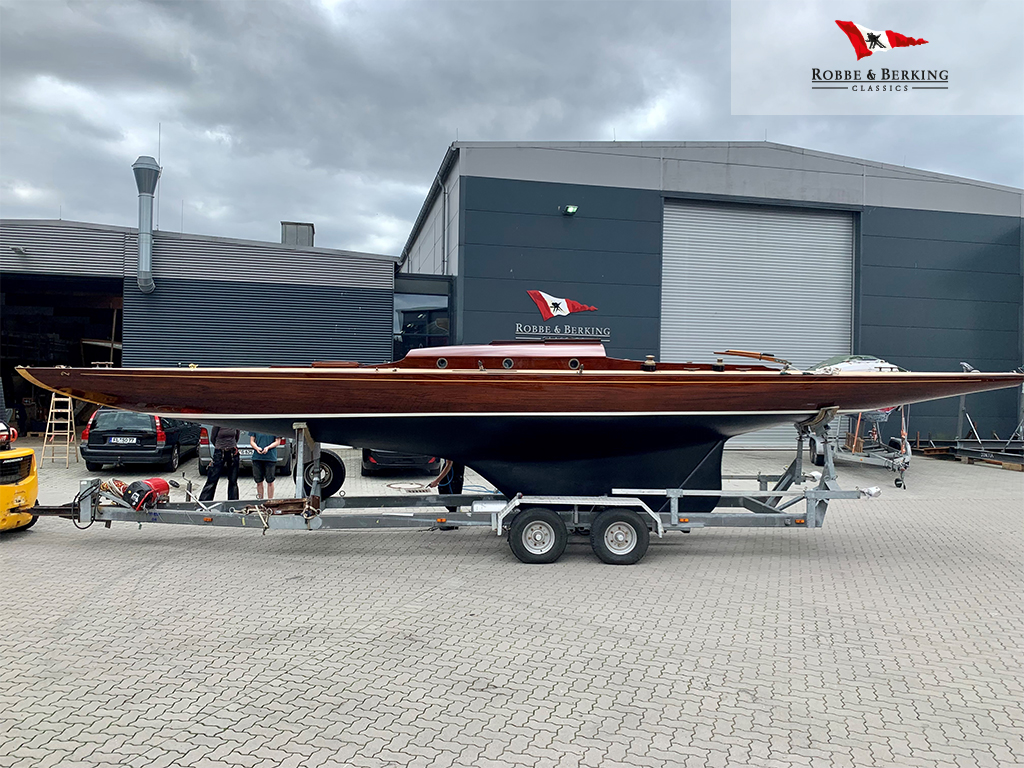 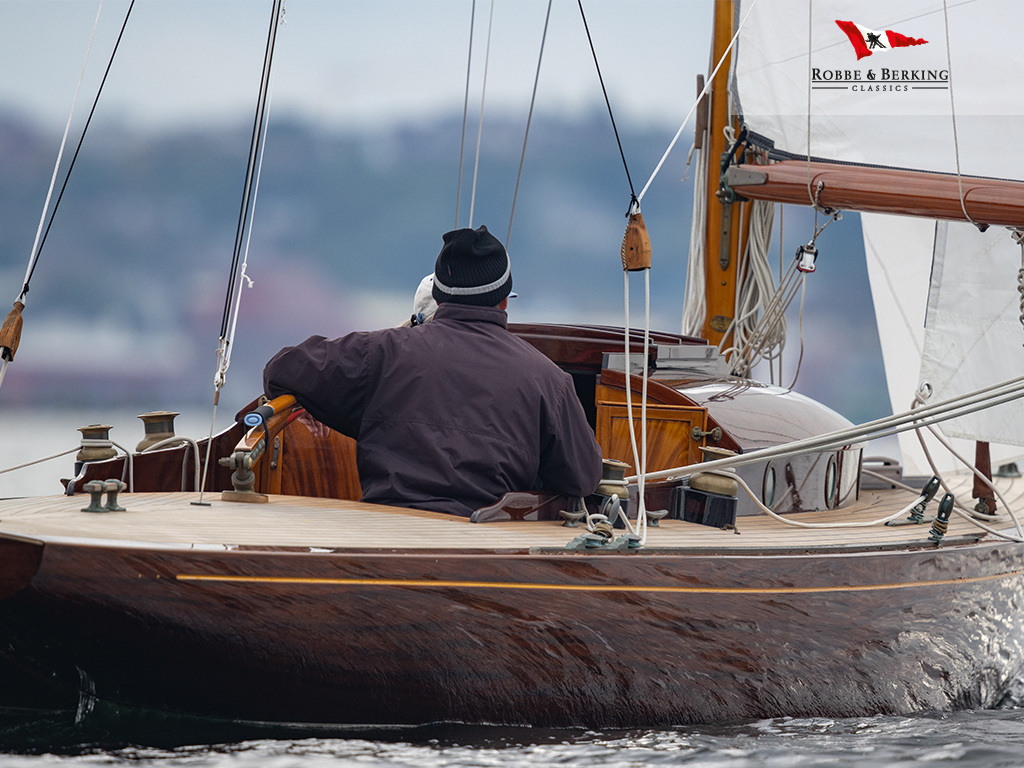 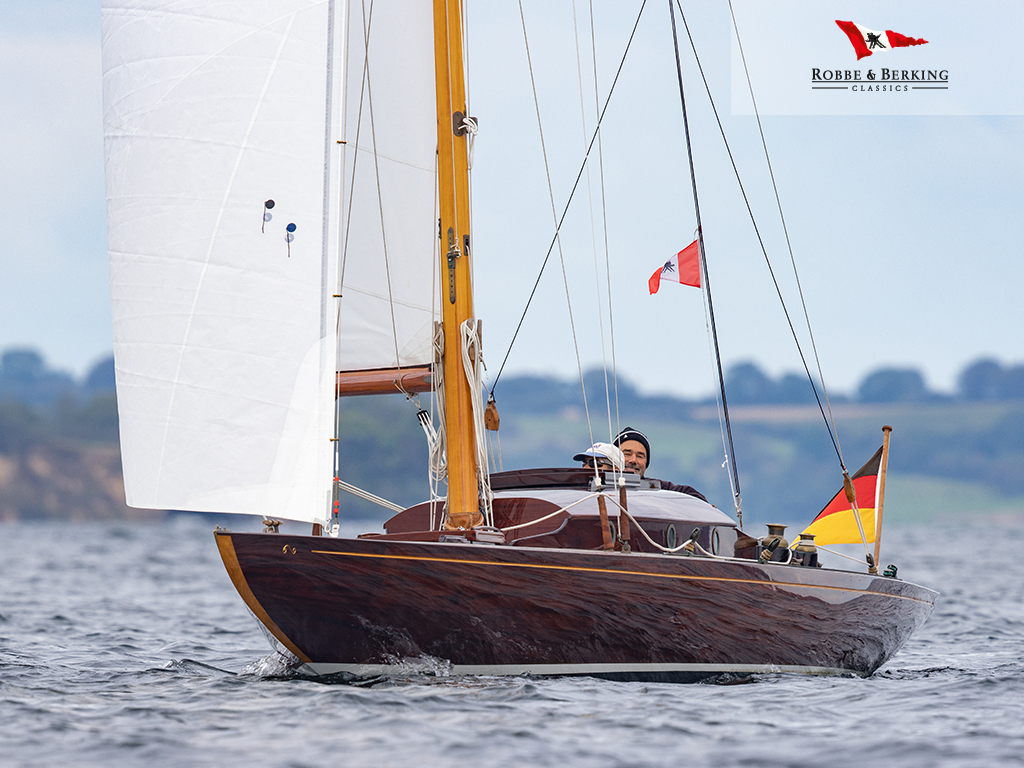 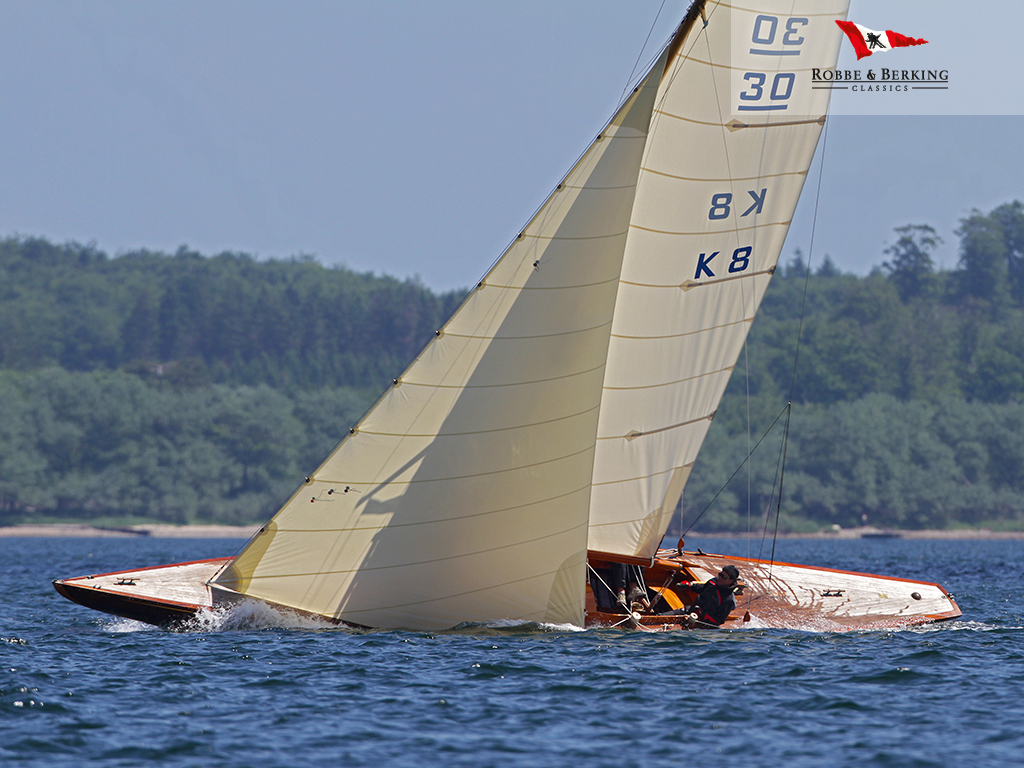 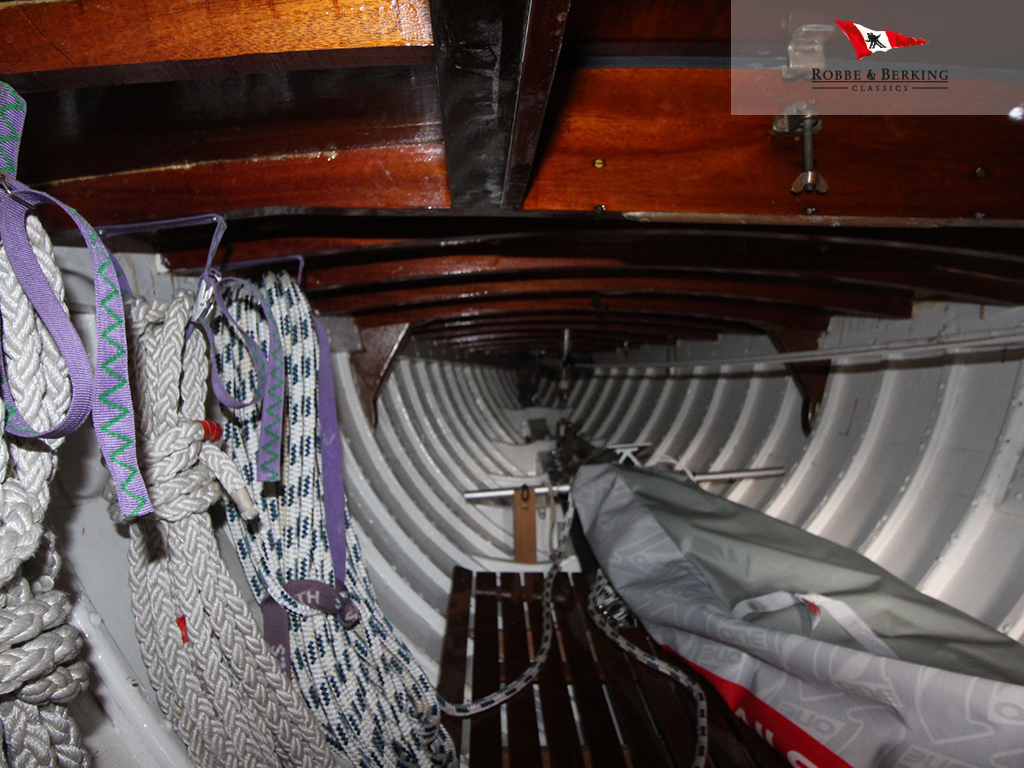 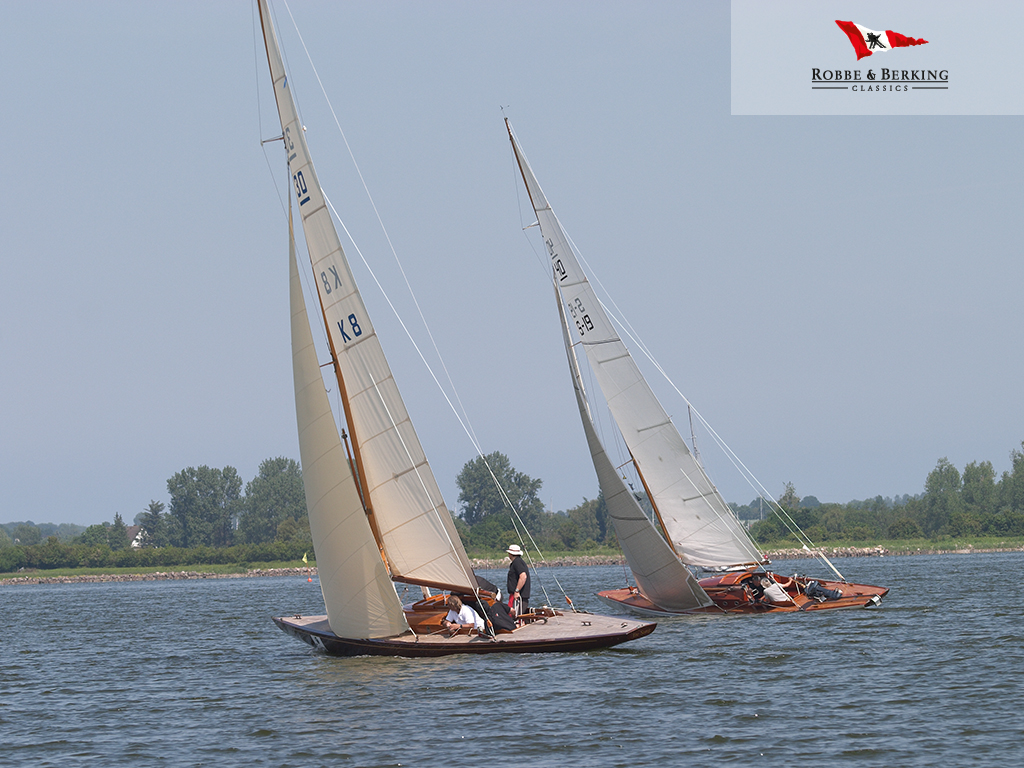 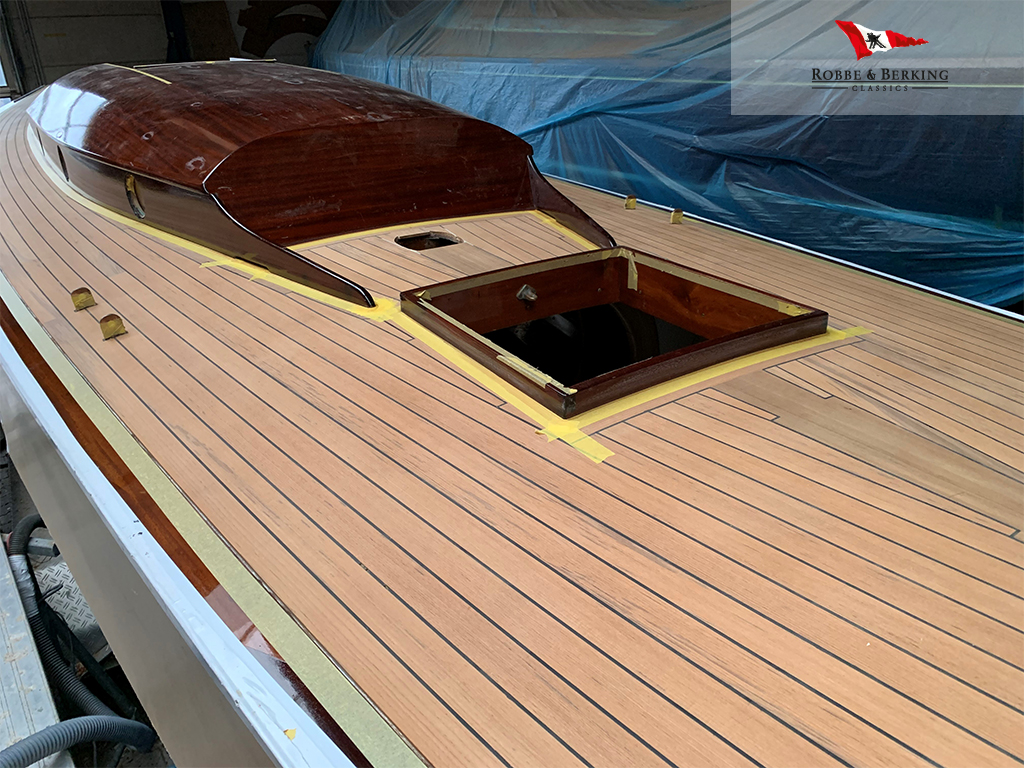 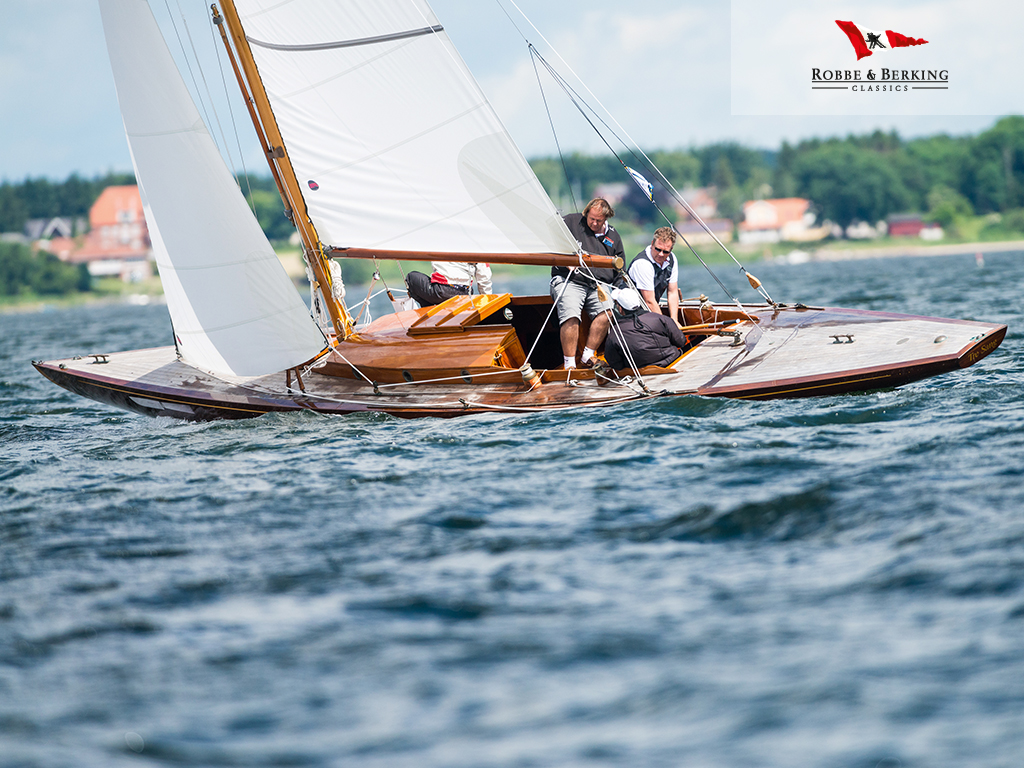 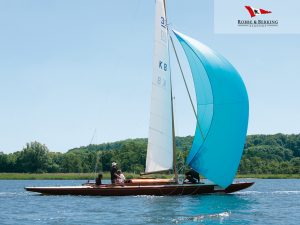 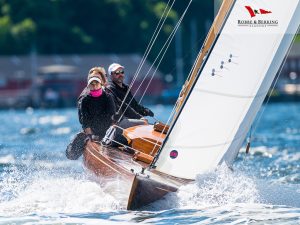 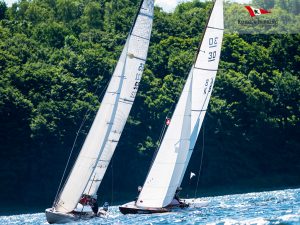 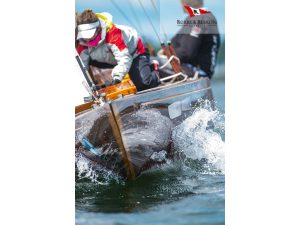 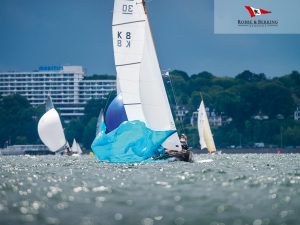 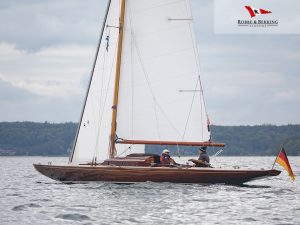 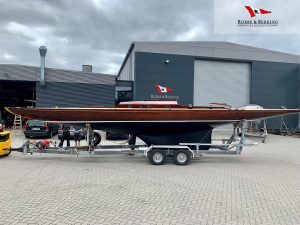 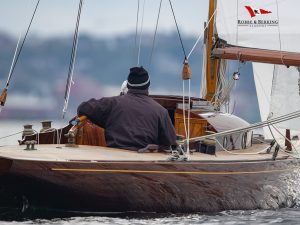 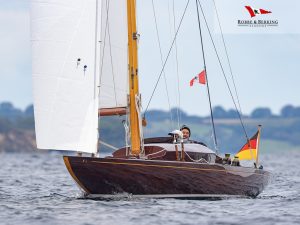 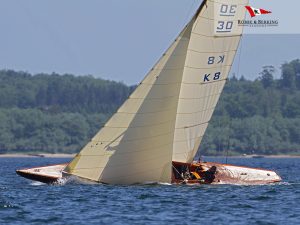 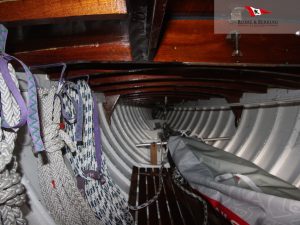 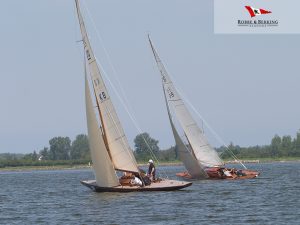 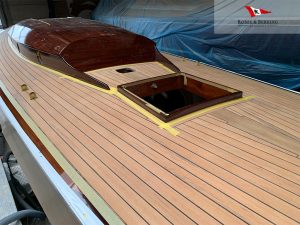 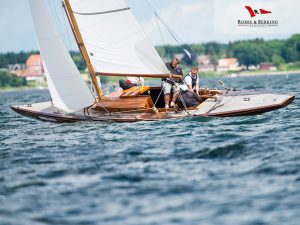 There are sailboats, and there are Skerry Cruisers. With their spectacular elegance and with a peppered history as only boat types that tend to extremes can have. This also applies to this unique SK30 Tre Sang. The legendary Englishman Colonel “Blondie” Hasler, for example, bought Tre Sang in November 1945 and sailed the ship from the south coast westwards around Land’s End into the Bristol Channel in a “mild if wet November”. Between November 1945 and August 1946, Tre Sang left more than 2600 nautical miles in her wake on the open sea without any significant difficulties, winning race after race. Tre Sang had been built in Sweden in 1934 according to plans by Harry Becker, but certainly not for this purpose. However, even in her early years in Sweden, she was one of the fastest and most successful 30’s until she was sold to England in 1938, the first ever Skerry Cruiser to do so. She sailed with various owners in Sweden, England and Wales as well as with her current owner, first on the Bavarian lakes, then in Uruguay and, since 2009, on the Baltic Sea with her home port in Flensburg at Robbe & Berking Classics. This boat was never renamed; the name means something like “a particularly good hand at cards” in Swedish.

Even as developments in yacht building continued, the “Skerry Cruiser” remained as they were: long, narrow, elegant, wet and fast. Timeless and always popular, even today.