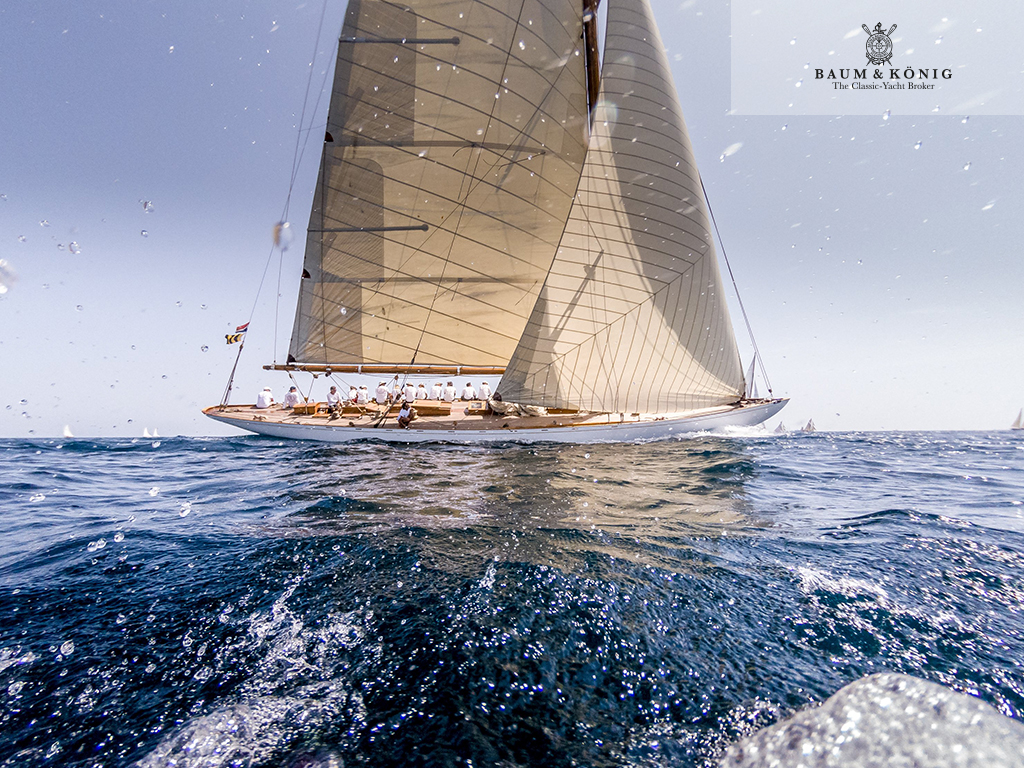 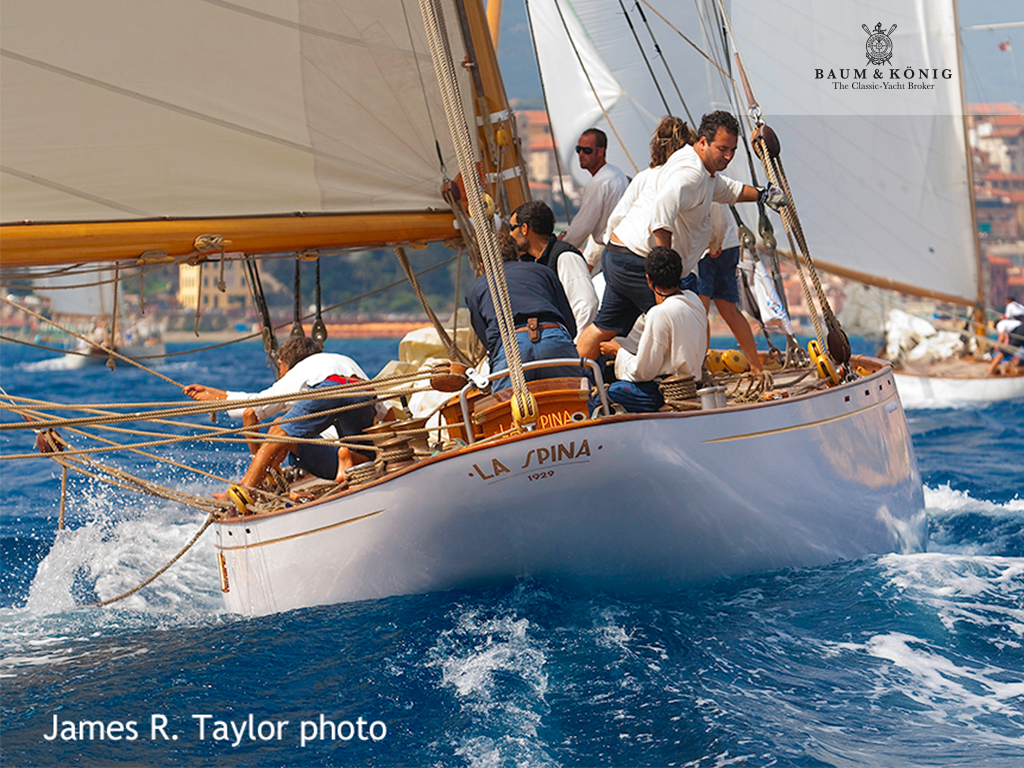 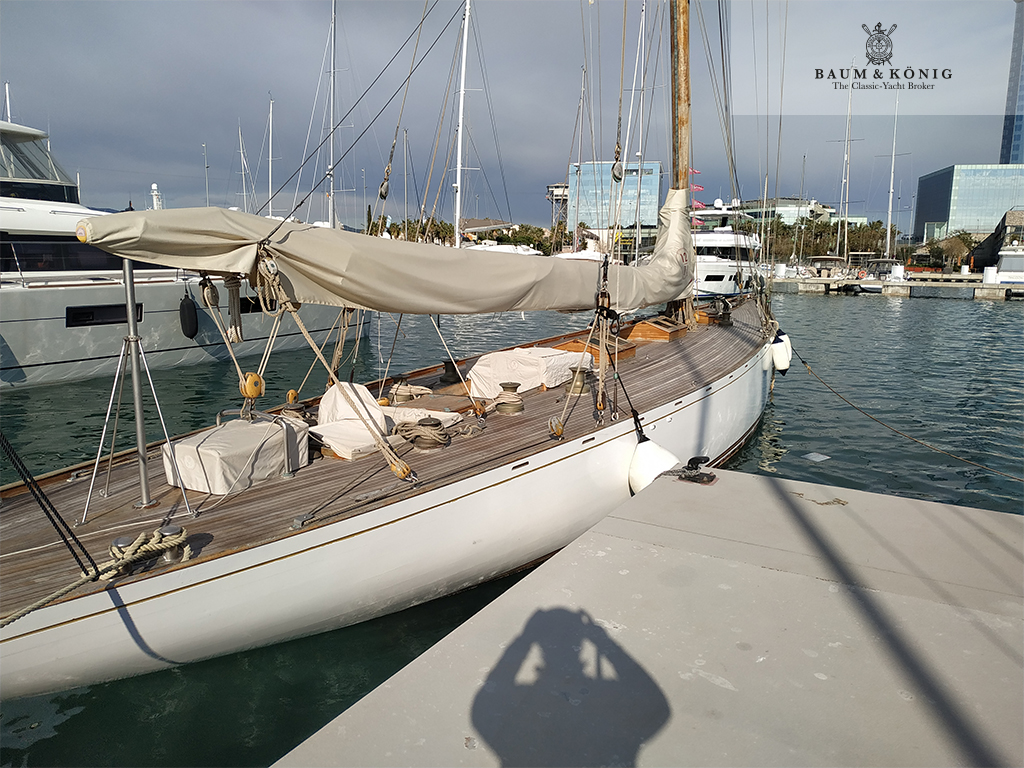 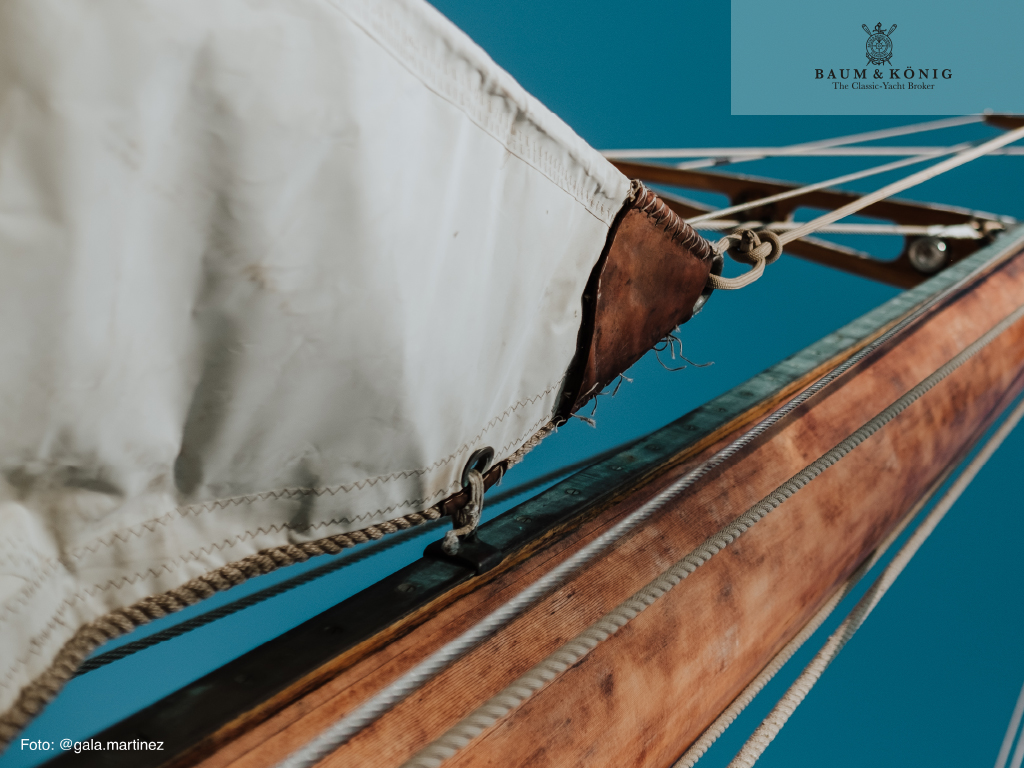 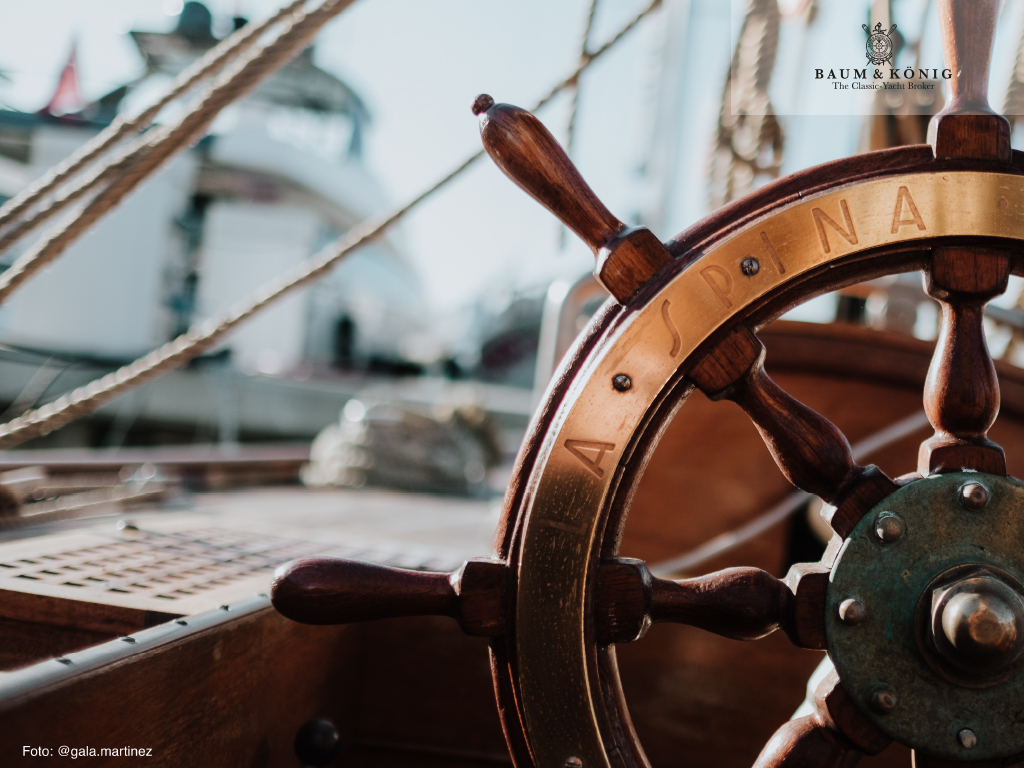 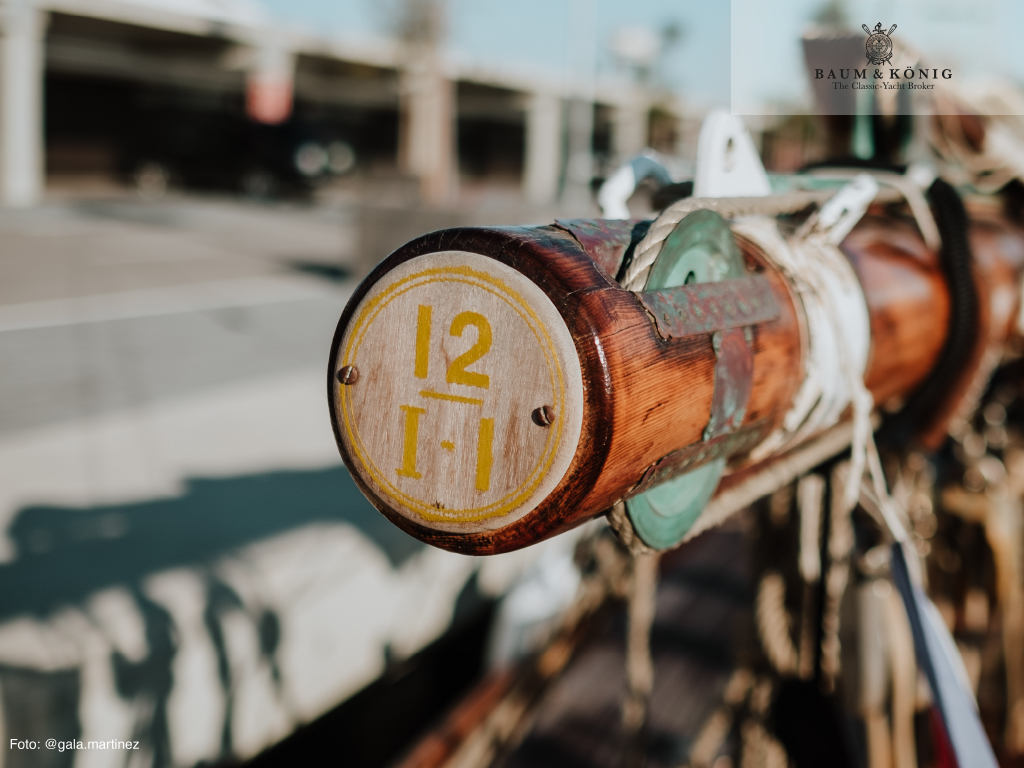 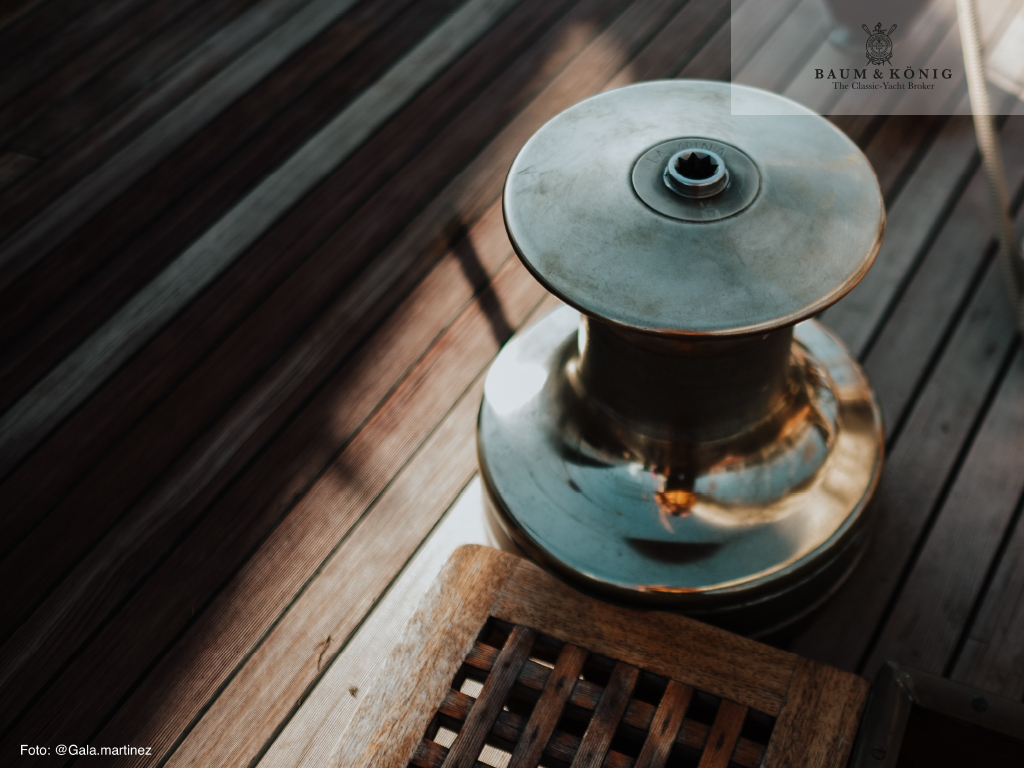 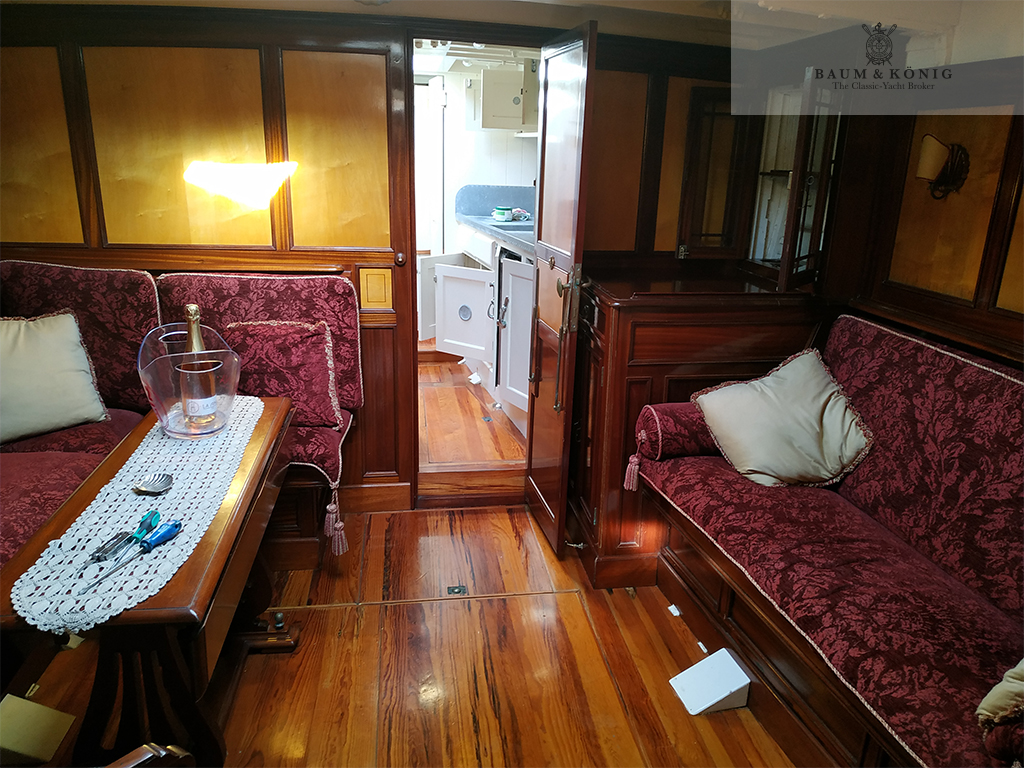 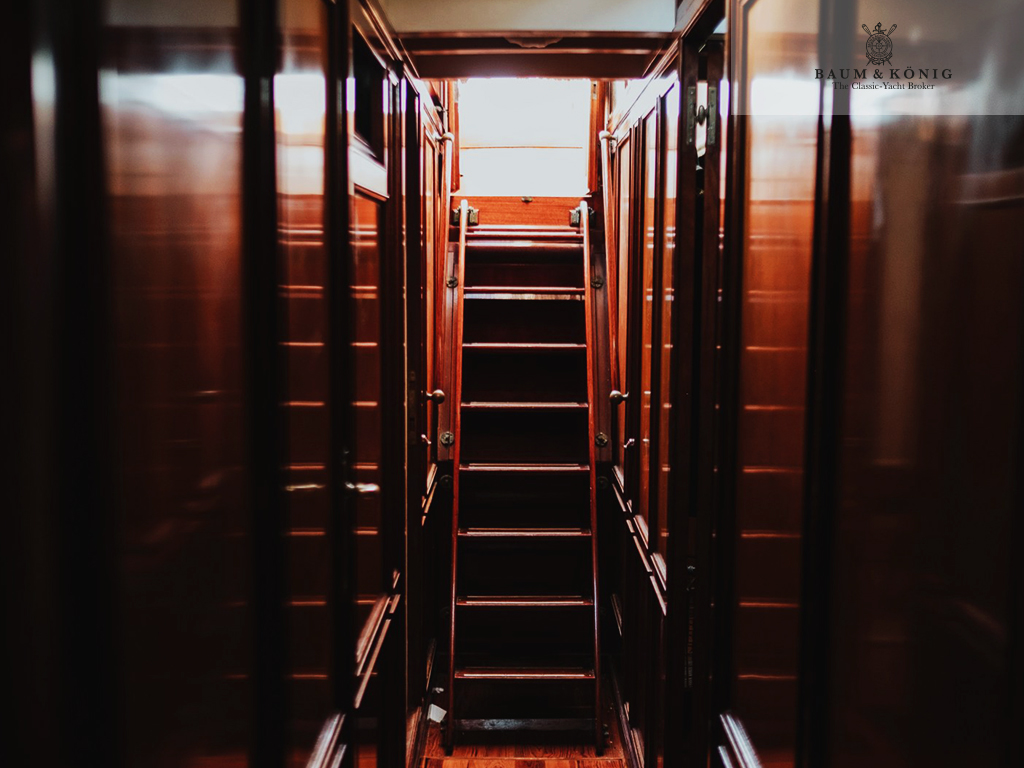 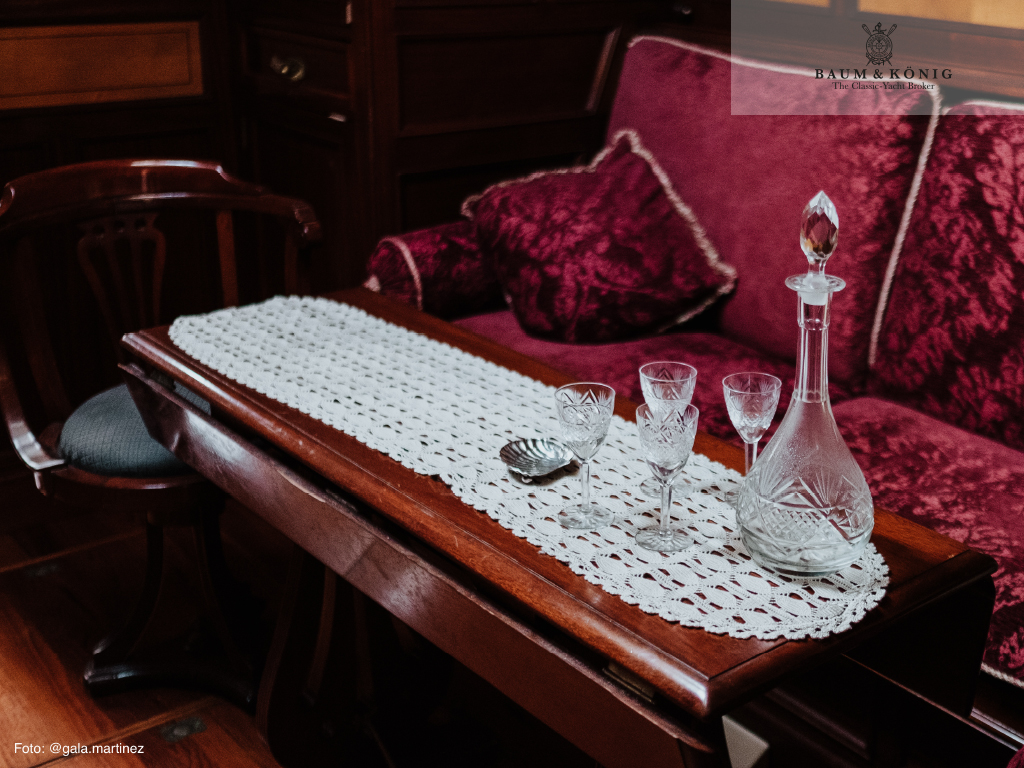 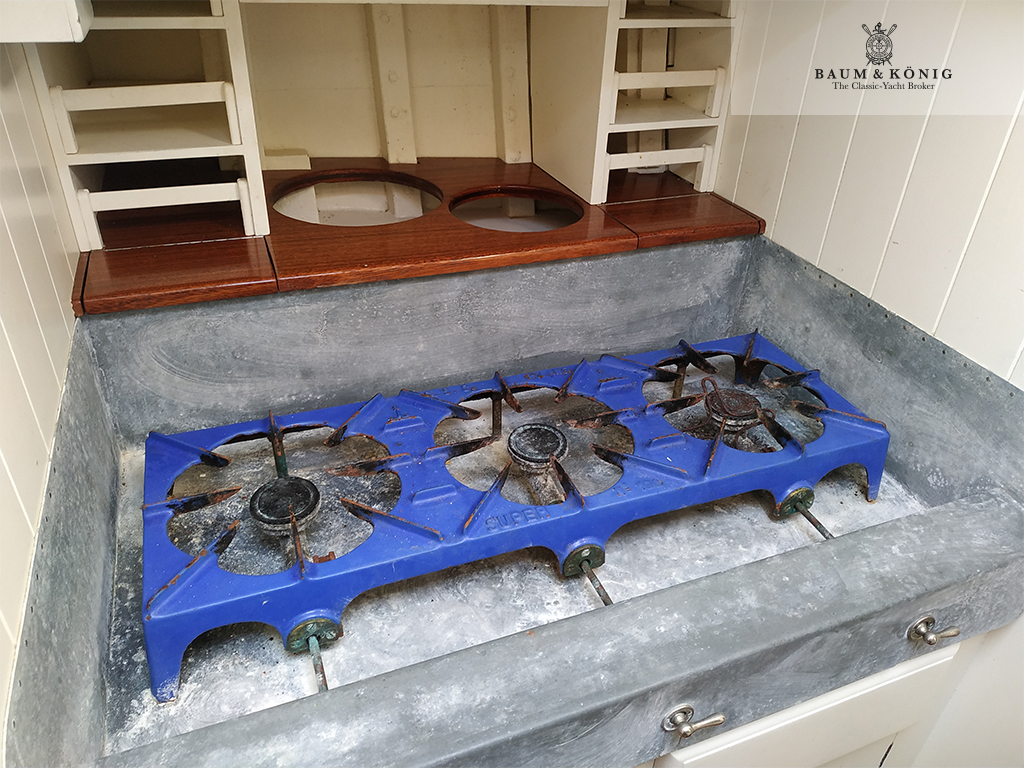 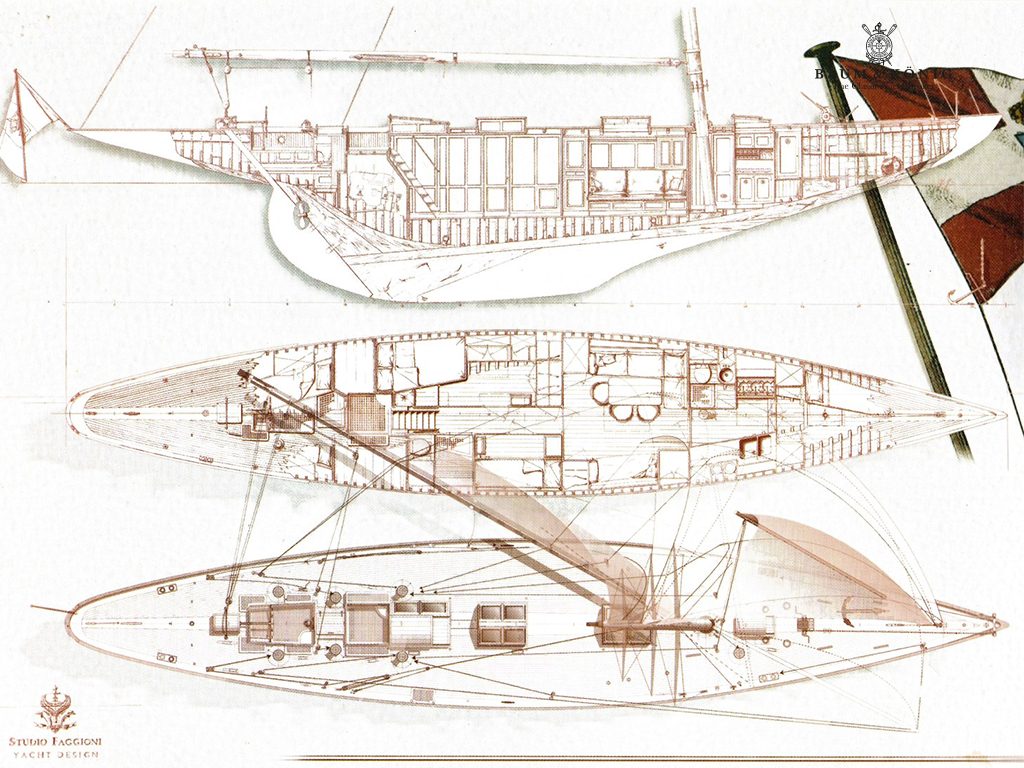 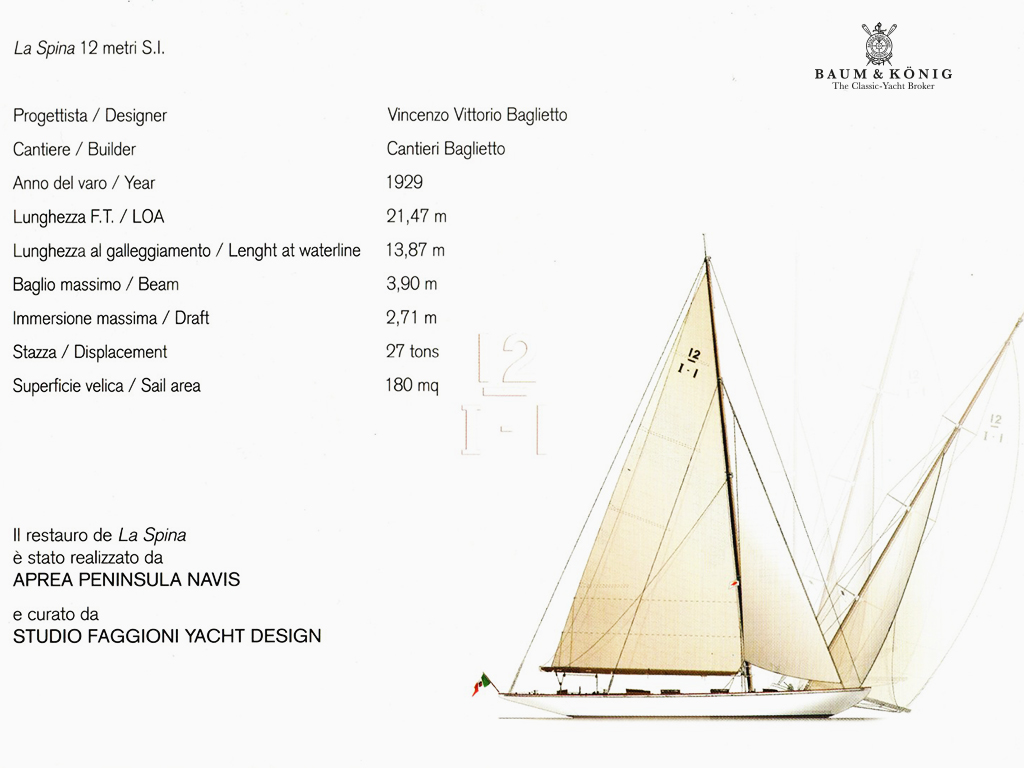 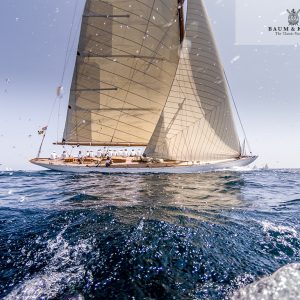 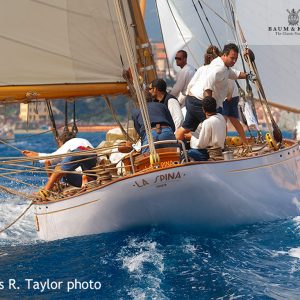 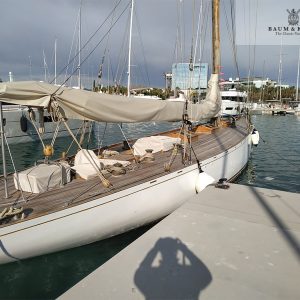 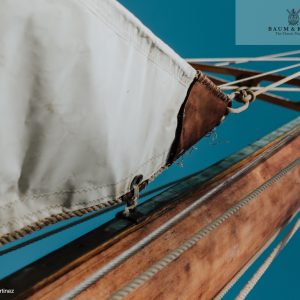 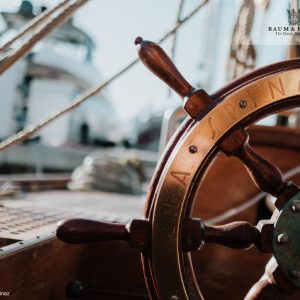 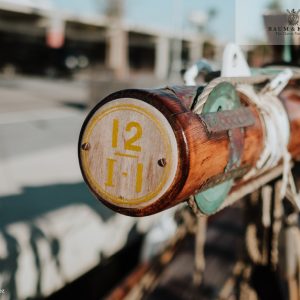 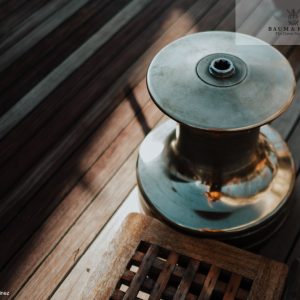 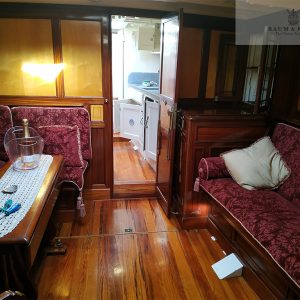 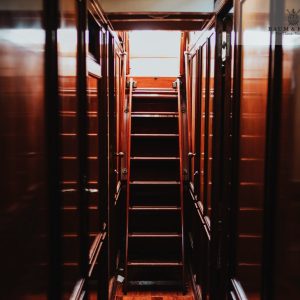 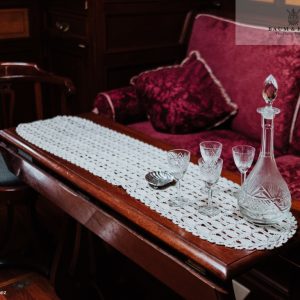 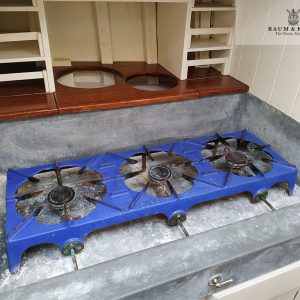 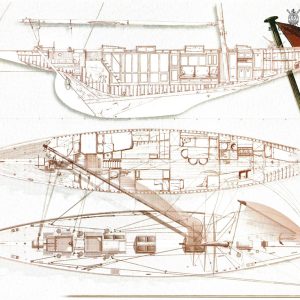 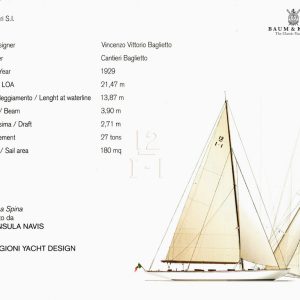 In 1929, Marquess Franco Spinola, a member of one of the most prominent families of Genoa and Admiral of the Military Navy, commissioned Vincenzo Vittorio Baglietto to design and build a pioneer sailing boat in Italy: the first 12

International Meters that would be named LA SPINA. During 10 years period (1929-1938), she became the flagship of the Italian Yacht Club, the first regatta club in Italy. In 1938 La Spina changed hands but continued to receive illustrious guests like the Savoia family and that was when she had a serious modifications until she felt into oblivion and reached the Catalan coast. In 2007, a total restoration project began, returning La Spina to her original splendour. In February 2019, La Spina embarks on a new adventure. She moved to Barcelona with the intention of sailing again in the most prestigious regattas of the Mediterranean Classic Sailing circuit.