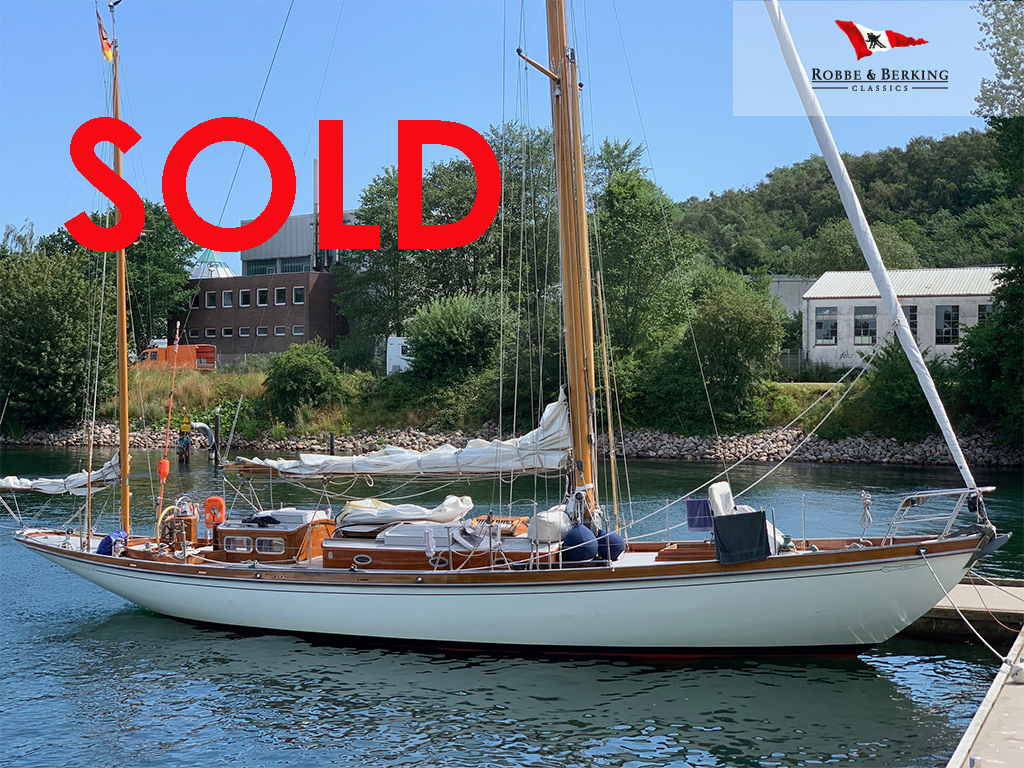 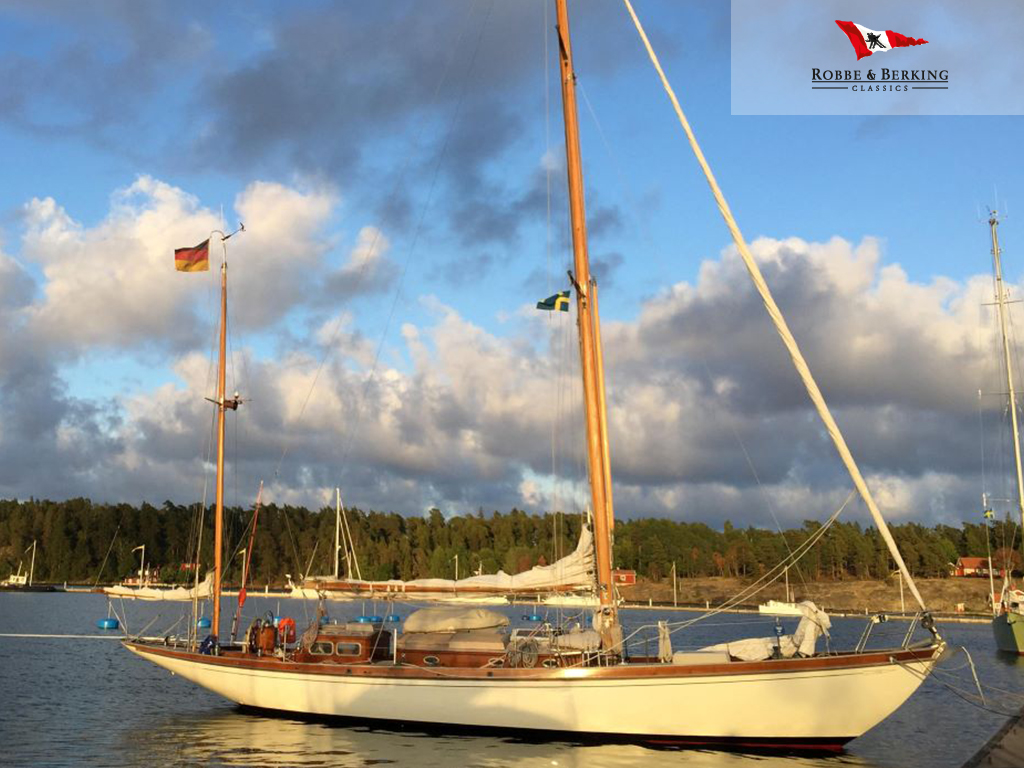 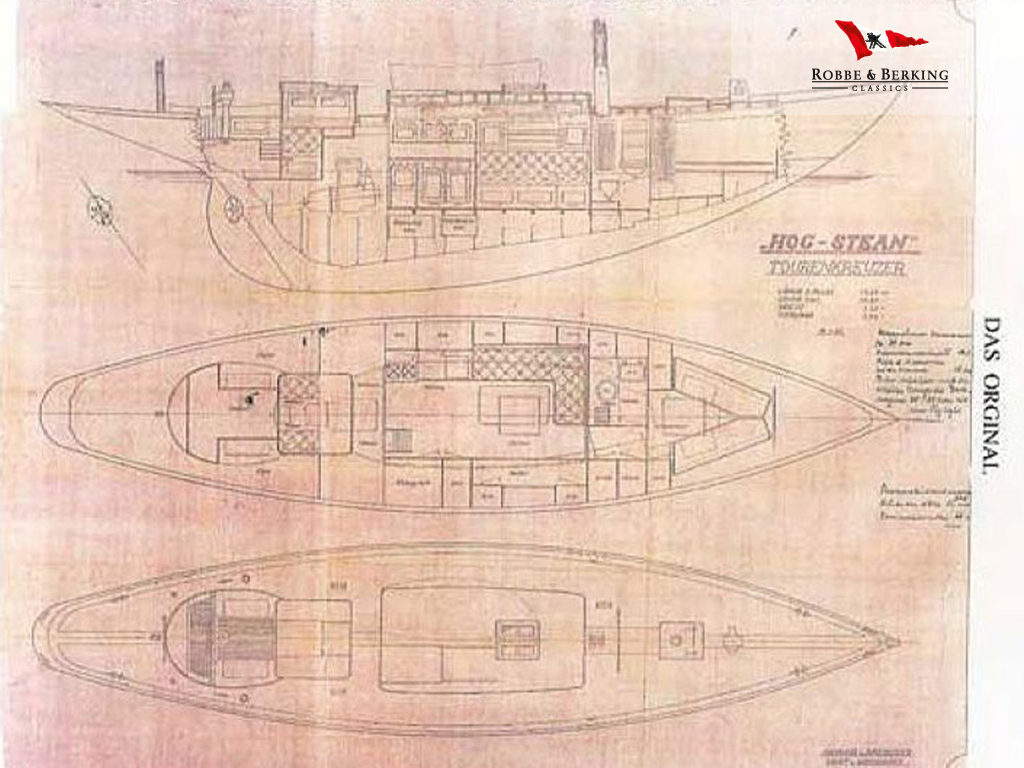 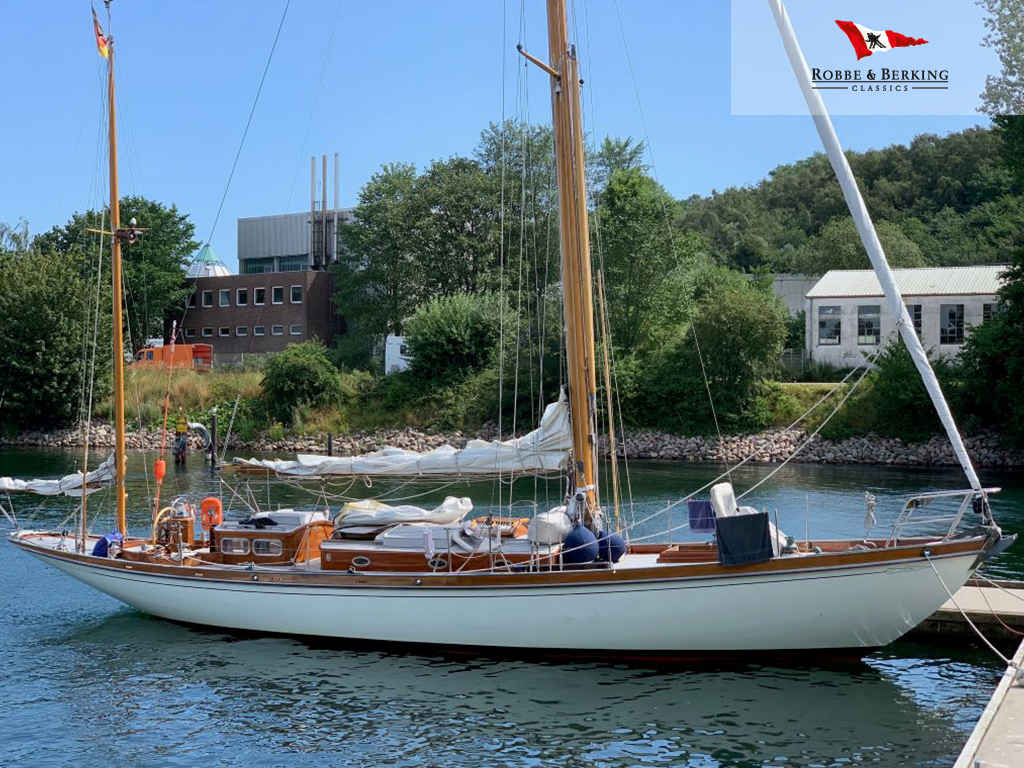 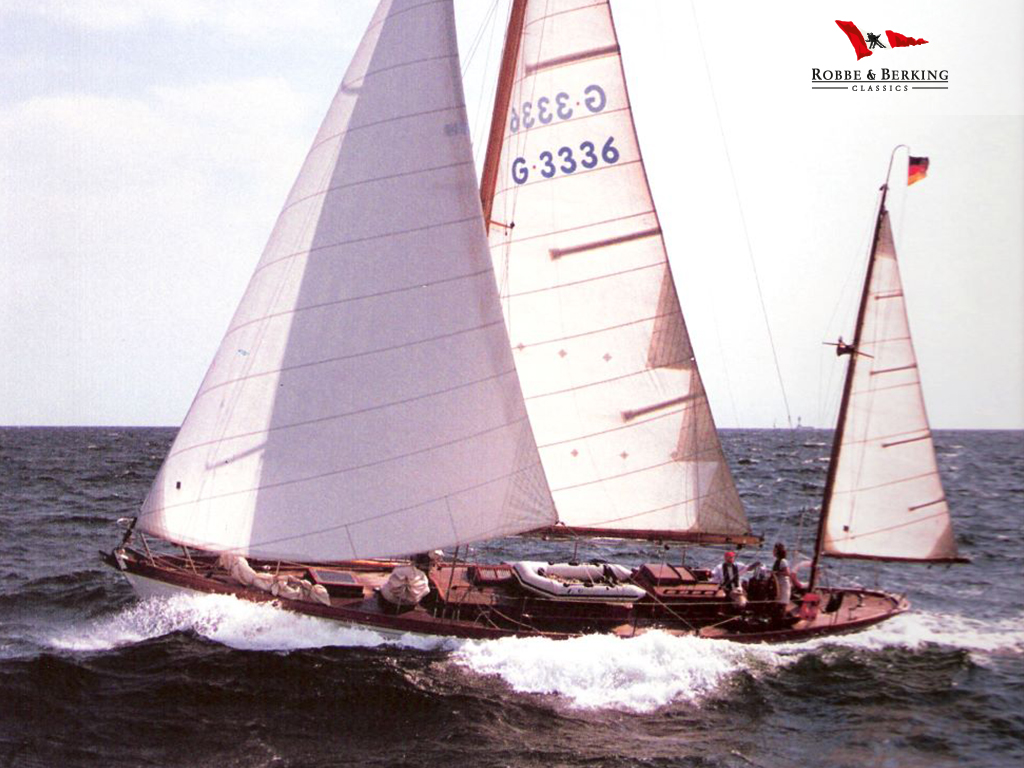 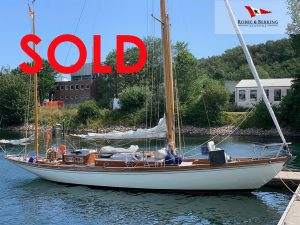 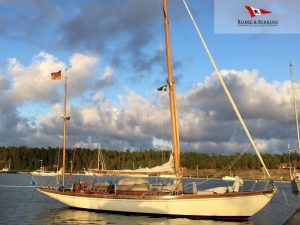 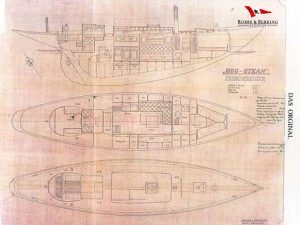 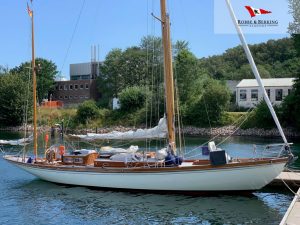 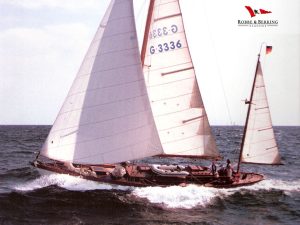 Built to highest standard at Abeking & Rasmussen in 1939, Ajosa was originally christened as Hog Stean. She is a very unique and outstanding classic yawl with a teak hull, deck and superstructure. After a colourful live where she was owned by the city of Kiel she proved her seaworthiness in several trips in the Baltic and Northsea. But also  Buenos Aires has been vistied by Tom Kyle (as she was named by the city of Kiel). She was shipped on deck of the cruising ship YAPEYU to paticipate in the Buenos Aires – Rio de Janeiro regatta in 1956. Ajosa is perfectly equipped for sailing short handed, due to electric winches and other facilities.